Home Barnsley How did Barnsley go from play-offs to abject misery? 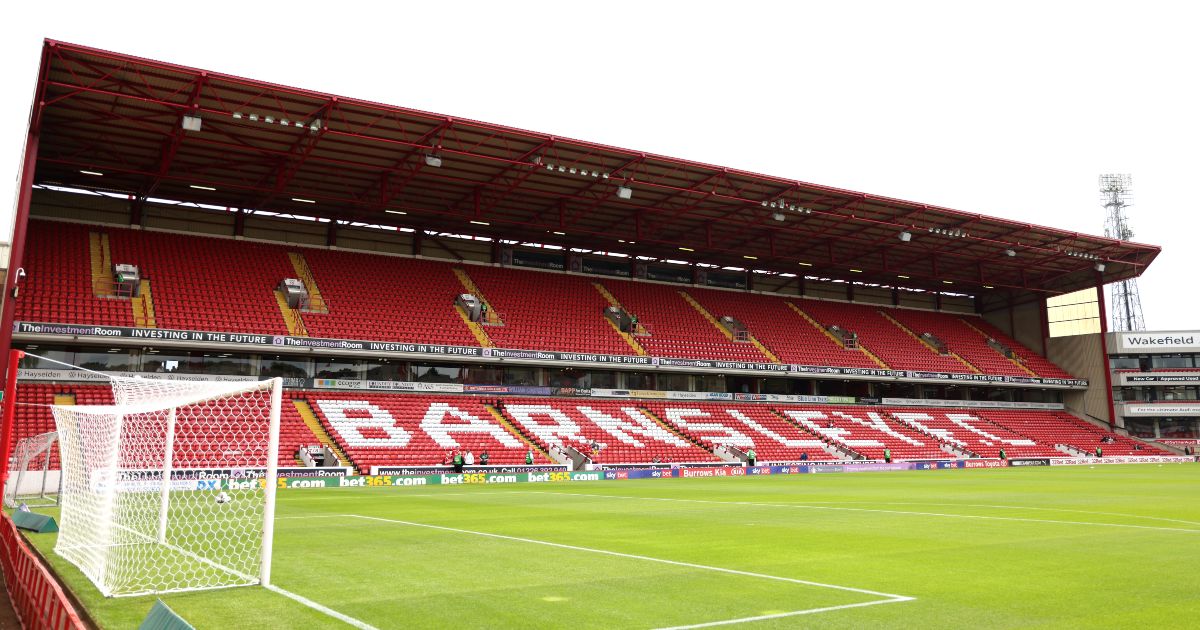 Performing poorly in the league table is not always directly linear with fan anger. That is why when rock-bottom Barnsley travelled to mid-table Birmingham City on Saturday, it was the Blues who were protesting their absentee and faceless ownership, adjectives which describe this Tykes side all too well this season.

The mood around the Second City club has been low for quite some time, a six-game winless run in the Championship and FA Cup exit to lower-league opposition secondary to the understandable anger aimed towards owners BSHL Group. For Barnsley, travelling to a club enduring such a poisonous atmosphere provided an opportunity to kickstart their season. But they rarely looked like taking anything from this contest, which has sadly become the norm.

It is a far cry from last season, when the Tykes almost inexplicably made their way to the play-offs in a season largely played behind closed doors. It wasn’t a season-long push on the top six though. At the halfway mark of 2020/21, Barnsley were entrenched in mid-table. A similarly solid second half of this campaign with half of that climb in league standings would see Barnsley secure another season of second-tier football into 2023.

That climb up the table saw Barnsley playing without pressure or expectation, and the arrival of Daryl Dike in January was an unknown entity which much of the Championship could not deal with. This month is looking like a very dry January by comparison at Oakwell.

There have been no incomings to a squad that was hardly decimated in the summer but lost key players in Alex Mowatt and Dike – both now back with Ismael at West Brom – and Michael Sollbauer.

That 90% of a team who fought and earned their way to being just three games from a place in the Premier League now looks to have one foot in the third tier of English football half a year later is astounding. It points towards greater problems at the club than the playing staff alone. A change in manager has not reaped the benefits one would have hoped for, if not expected.

Markus Schopp rarely looked like getting a tune out of this Barnsley team. There was the caveat that anyone who succeeded Ismael was unlikely to taste success, but Poya Asbaghi’s reign has brought no tangible improvements.

Against Birmingham, the Tykes were playing one of the Championship clubs with the lowest moods right now, but provided their hosts with enough impetus to forget about their off-the-field gripes for 90 minutes at least. There have been very few matches this season where Barnsley have had much to smile about.

Of the team that started against Birmingham, four played in at least 30 league games for the Tykes last season while Carlton Morris and goalkeeper Brad Collins were instrumental in the second half of the season. Michael Helik and Mads Juel Andersen were mainstays of a defence which were the bedrock of Barnsley’s success last season.

Key performers have either left or been largely absent through injury such as Cauley Woodrow, but the basis of a team which performed so much above expectation has been so disappointing this campaign. Few, if any, seriously expected Barnsley to have another tilt at promotion. And there are genuine concerns to be had at just how poor the South Yorkshire side would have been in the Premier League had they managed to get there.

That all feels like a very different problem from a very long time ago now. They have hardly been an example of how to run a football club with literal and figurative structural problems in the club’s Oakwell home and Barnsley hierarchy respectively, as detailed by Ian King in October.

Now there are structural problems to be found in the players too. The foundations of last season’s solid and largely good side remain, but without the double-glazed windows and Grade A insulation on top. Barnsley are so much poorer than even the most pessimistic Yorkshireman could have predicted.

Bottom of the Championship with just two victories to their name and only 17 goals scored in 26 games – comfortably the lowest tally in the division – it is looking increasingly unlikely there is light at the end of the tunnel.

Barnsley are the same number of points off safety that Derby are – eight to the other side of the dotted line. But with Derby having earned as many points as Luton Town this season, there is far more optimism about a club who could soon be wound up and cease to exist. That speaks volumes about how bleak the situation is at Oakwell right now. It will take a miracle on the level of Derby’s exploits to stay up from here.