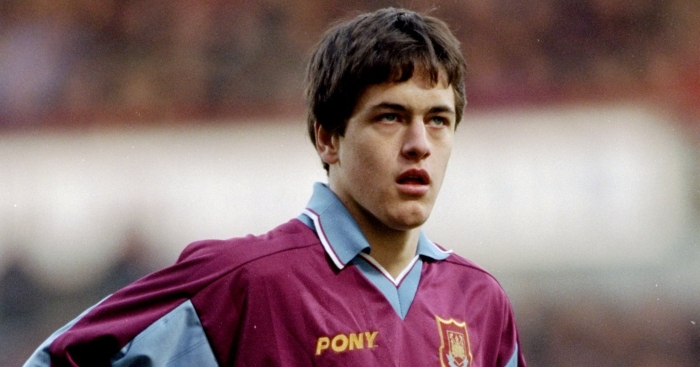 On February 13 1999, I was at Upton Park to watch the Irons host Nottingham Forest. A fan of neither, I was there with an old friend who was down from Glasgow for the weekend. Having moved to London the year before, I was playing the much-sought-after role of ‘London-based mate who works in the media and can blag tickets for a match’.

The event was also doubly juicy for my visitor from the Old Country as – being a Celtic fan – the chance for him to watch former Hoops heroes Pierre van Hooijdonk up front for Forest and Paolo Di Canio in his pomp for the Hammers was incredibly inviting.

We found our seats at the very back of the main stand (then, as now, I have literally no clout) and settled down to watch the game.

In truth, I can remember almost nothing about it, although I recall us both being thrilled that the Boleyn ground had a big video screen. What utter bumpkins we were.

West Ham won 2-1, with Ian Pearce and young Frankie Lampard scoring in a four-minute flurry before half-time. Forest took one back courtesy of Jon-Olav Hjelde with five minutes to go. To be brutally honest, I had to go online for both the final score and the scorers, as their exploits all those years ago had failed to find a berth in my long-term memory.

However, one thing about the match which did lodge permanently in my cerebral Inbox was an incident midway through the second half.

I think I remember the game being in one of those home-team-are-two-nil-up lulls, when an odd thing started to happen. Everywhere, fans started to get to their feet, the odd guy here and there, and then more of them, in twos and threes. They all seemed to be craning their necks to see down onto pitch level. My mate and I started to debate what was happening. Maybe it was a streaker on the running track or even one of those classic ‘urban fox cross-field scamper’ moments.

But soon, hundreds and hundreds, maybe thousands of fans, were standing, straining to see the near-side of the pitch. Still seated and feeling silly (and even more like a couple of tourists), we stood up and peered downwards.

What we saw was neither naked body nor interloping fox, but clearly something far more important.

The stand overlooked the West Ham bench and the thing everyone was trying to get a glimpse of was what looked like a ball-boy. Or even a paper boy who had taken a wrong turn on his way to the newsagent. This smooth-chinned lad was jogging up and down, the pointing, nudging Hammers fans watching him like hawks. My mate and I looked at each other, bewildered. “Who the hell IS this kid?” our frowns said.

Suddenly the paper boy peeled off his trackie top to reveal a pristine claret jersey with the word ‘Cole’ printed across the shoulders. A gasp hissed around the stand, followed by a dusting of applause which quickly grew and fattened, bleeding through row after row, until the whole stadium was standing to applaud the arrival of the club’s most cherished son; its most cultured pearl; its hope for the future. It was only Joe Cole.

Six weeks earlier, he had made his first-team debut, aged 17, against Swansea in the FA Cup, and he was now scampering onto the pitch like he owned it. He was entitled to; there had been fevered whispers in the football world about ‘that kid at West Ham’ for some time…and here he was.

I wish I could say that Cole played like a ready-made prodigy, that he lit up the pitch with six nutmegs and a Zen-level through ball, but the lack of a highlight reel in my head suggests he had a quiet one. His far better days were waiting just around the corner.

And while his career may not have quite fulfilled the Messianic expectation which surrounded his early playing days, it never could. What chance did he have? As Freddie Mercury once told us, too much love can kill you. In Joe Cole’s case, while the awe in which he was held never brought him to his knees, it was always too much of a burden for him to carry in full flight.