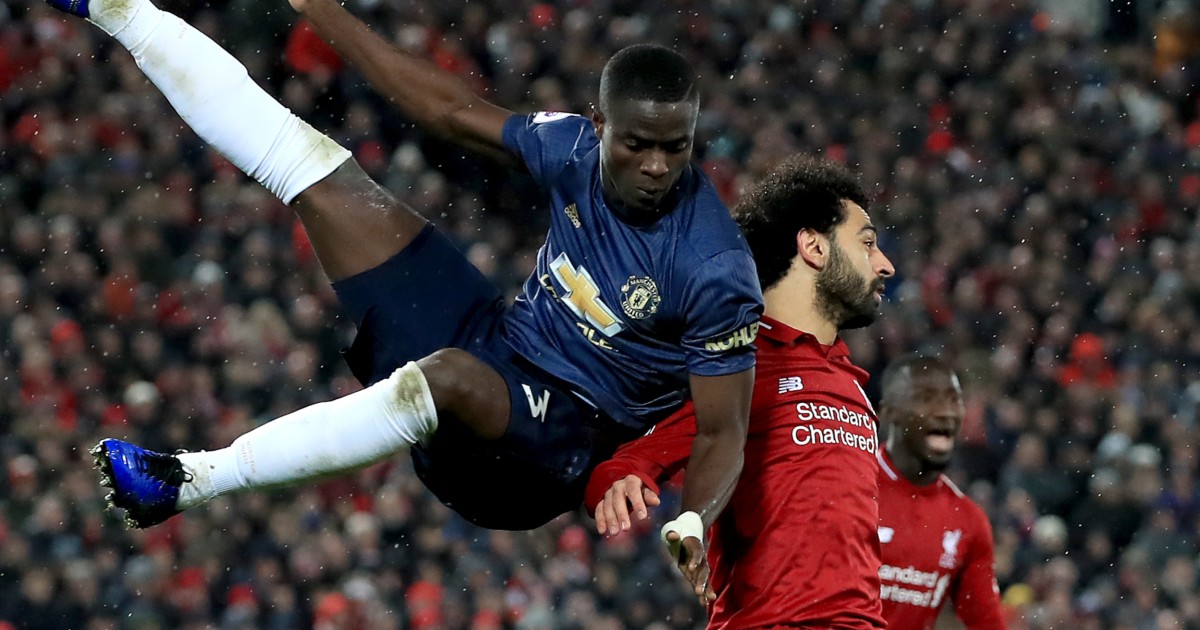 Euro 2020 is old news. The Olympics is where it’s at and Premier League clubs will be affected.

The Games will take place in Tokyo from July 21 until the final on August 7, with 16 countries taking part and plenty of England-based players being called up. Some teams have got away with it. Others absolutely have not.

Gabriel Martinelli (Brazil) – An absentee from the initial squad, Martinelli later made it a pair of angel Gabriels being sent by Arsenal to the Games this summer – until Mr. Magalhaes withdrew with an injury that is “nothing serious”. PSG have decided not to release Neymar or Marquinhos but the Gunners have empathised with the wishes of their younger and significantly less experienced players. They will presumably be crossing their fingers that Brazil don’t reach the final, considering it takes place six days before they visit Brentford to start their Premier League campaign. There goes pre-season for a player who really does need a proper one.

Douglas Luiz (Brazil) – Andre Jardine is wreaking havoc with Premier League squads, such is his role as Brazil manager. Douglas Luiz will take his place in a team featuring 38-year-old Dani Alves as one of the three over-aged players, the Aston Villa midfielder having been capped eight times by the senior side already. The most recent of those appearances was as a late substitute in the Copa America semi-final win over Peru. The final against Argentina is on July 10, giving him a full 12 days to prepare for the Olympics on the other side of the actual world. Villa fans should probably not expect to see him for a while.

Thomas Frank has thus far avoided the irritation of having players called up to a competition not officially recognised on FIFA’s calendar.

Tudor Baluta (Romania) – Part of the Romania U21 side that helped pull Aidy Boothroyd out of his “impossible job” at the Euros earlier this year, Tudor Baluta has only actually made a single appearance for the senior Brighton team despite joining in 2019. The 22-year-old played the full 90 minutes as a defensive midfielder in a 3-1 League Cup defeat to Aston Villa, so it seems fair enough really. And yet more clever recruitment means he is unlikely to be missed.

Alexis Mac Allister (Argentina) – The case of Alexis Mac Allister is different in that the versatile midfielder established himself as a reliable member of Graham Potter’s squad last year. He broke into the squad after the enforced break and continued to prove his use into the 2020/21 season but Brighton realised that preventing him from taking part in Japan would be a pretty foolish act of self-sabotage.

Chris Wood (New Zealand) – The temptation of playing in a second Olympics understandably proved too much for Chris Wood to resist. He scored his country’s only goal to earn them their solitary point in 2012 as a 20-year-old and will be back almost a decade later as one of the over-aged players. A kind group for the Kiwis includes Honduras, Romania and South Korea so progression to the knockout stage is no pipe dream, although progressing far enough to wind up Sean Dyche that he cannot properly practice his many million set-piece routines is unlikely.

The European champions have 427 players contracted to them yet none will be at the Olympics. That seems weird and almost definitely poorly researched.

Jay Rich-Baghuelou (Australia) – The 21-year-old has not made as much as a bench for a Papa John’s Trophy second-round match but the withdrawal of Ruon Tongyik through injury opened a door that 6ft 5ins Jay Rich-Baghuelou has absolutely barrelled through. The defender was one of the key players as Crystal Palace U23s earned promotion to the confusingly formatted Division 1 of Premier League 2 this season, scoring and assisting a goal apiece in a play-off semi-final win over Wolves before helping keep a clean sheet in the final and watching his teammates beat Sunderland on penalties. Everyone else at Selhurst Park is out of contract so Patrick Vieira might have actually preferred to cast an eye over Rich-Baghuelou this summer.

Richarlison (Brazil) – “I had a fight there, right? I spent the whole day arguing with Everton, with the director. I also called the new coach,” said Richarlison, at which point Rafael Benitez perhaps figured it was best to keep as many people on side as possible in his controversial new venture. The Everton forward has already played 61 games for club and country since last June, including every match so far at Copa America, but he’s only 24 so probably doesn’t sleep anyway.

No player will make the trip from Elland Road to Japan in the hope of bringing back a gold medal to match Marcelo Bielsa’s from 2004.

Brendan Rodgers will have no frustrating absences to contend with after Wesley Fofana and Boubakary Soumare were omitted from the France squad. They can casually leave out a £30m defender and £17m midfielder from their U23 selection but they can’t beat Switzerland.

It’s a no-go for Mo as Liverpool refused to give Salah permission to stop out after dark. Neither Takumi Minamino nor new signing Ibrahima Konate were picked by their respective countries so Jurgen Klopp has a full squad to choose a centre-half from.

Ko Itakura (Japan) – Pep Guardiola blocked Spain from taking Ferran Torres and Rodri straight from Euro 2020 to the Olympics (“We pay them very well and they serve the club”) but was powerless to prevent Ko Itakura from playing for the hosts. It might not be that bitter a blow: the 24-year-old was signed in January 2019 and has spent the entire two and a half years since on loan with Groningen. Celtic are now interested.

Stat report shows defender who picks his moments when challenging for ball, and who has a high success-rate when doing so, especially when choosing to tackle.

Used to having ball at feet, very secure in possession from own half. pic.twitter.com/VFuSx2BnPQ

Amad Diallo (Ivory Coast) – After making his senior debut in March and scoring his first goal for the national team in June, Amad Diallo will represent the Ivory Coast at the Olympics on the back of a promising end to the season with Manchester United. That Jason Sanchez fella from Dortmund can probably fill in for a month or so until he returns.

Eric Bailly (Ivory Coast) – One of the over-aged players in Soualiho Haidara’s squad has 36 Ivory Coast caps over six years and will be hoping to match the efforts of the side that reached the quarter-finals in 2008, although they are at an immediate disadvantage in that regard because they have no Salomon Kalou or Gervinho this time.

Former player Florian Thauvin will be there but apparent target William Saliba, along with each of his prospective teammates, will not.

There will be no Canaries down the Olympics mine.

Caleb Watts (Australia) – “I was talking to a teammate afterwards and I was telling him it felt surreal to be out there playing with Willian in front of me,” said Caleb Watts, sharing the sentiment of every Arsenal player during this past season. The 19-year-old made his Premier League debut against the Gunners in January and was handed two further substitute appearances by Ralph Hasenhuttl, which clearly caught relevant Australian eyes.

Our #SaintsFC youngster has been selected to represent Australia at #Tokyo2020 https://t.co/UvzN11Qk72

In a rare example of a player’s best interests being prioritised above all else as if they are humans and not commodities, South Korea coach Kim Hak-bum explained that while Tottenham had “allowed” Heung-min Son to take part in the Olympics, he needed to be “protected” from a schedule that “may drive the players too hard”. He is our new favourite manager.

Winston Reid (New Zealand) – Not since March 2018 has he turned out for West Ham but Winston Reid has kept busy enough on loan at Sporting Kansas City and Brentford over the past couple of years to make Olympics selection a possibility. The 33-year-old turned down a spot in the team for London 2012 to focus on his club career but has a little more time on his hands almost a decade later.

Rafa Mir (Spain) – G. Old and Frank Incense will not be involved but Rafa Mir can be Spain’s gift in Tokyo. Unai Simon, Eric Garcia, Pau Torres, Pedri, Dani Olmo and Mikel Oyarzabal do not have a great deal of time to rest and prepare after Euro 2020. The three over-aged players in their squad are Dani Ceballos (24), Mikel Merino (25) and Marco Asensio (25), which is just lovely.