Home Mediawatch How to get clicks on Man City? Mention Man United 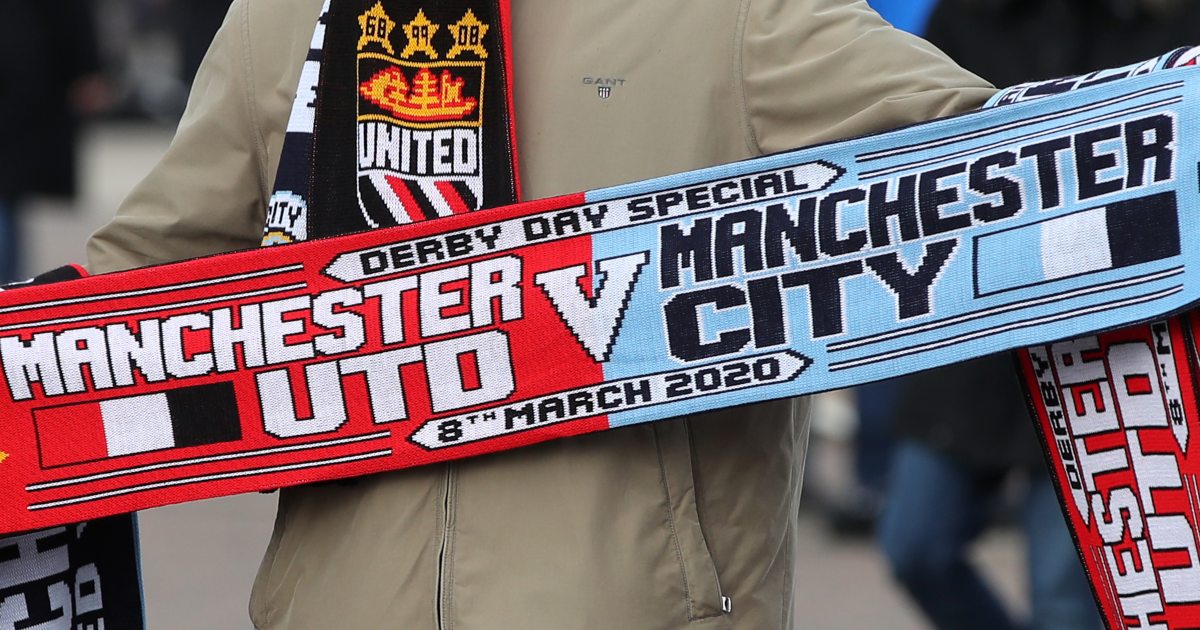 Man City don’t bring in the clicks so let’s pretend that Pep Guardiola has had a pop at Manchester United, shall we?

Punch drunk
Did you see Pep Guardiola having a churlish pop at Manchester United on BT Sport after his Man City team reached the Champions League final? If so, congratulations because you too could become a churnalist; you could be charged with producing 12 stories every eight hours that bring in a minimum of 100,000 clicks. And we all dream of that, don’t we?

A parting shot. A dig. A jab. All ‘aimed’, which rather suggests intention.

So what did he actually say?

“Getting to the final now makes sense of what we have done in the past four or five years. Every day these guys have been consistent and this is remarkable.

“We scored a goal through the hips in the first game, and today Marquinhos hit the bar in the first half – you can be out for little details.

“United won a title because of John Terry’s slip and in the last minute against Bayern Munich and Real won a title against Atletico in the 93rd minute.

“It’s a competition that is so difficult and something in the stars is involved in that.”

In essence, he said you need to have some luck to win the Champions League and cited Manchester City themselves, Manchester United and Real Madrid as beneficiaries of said luck.

Ding. Ding. Ding. Congratulations, you get another shift on your zero hours contract.

La La Land
Last Thursday Mediawatch was amused by the Daily Mirror‘s Andy Dunn writing about the brilliance of Neymar in a game when he was far from brilliant, which was not at all related to Andy Dunn being a Liverpudlian and being reluctant to praise Manchester City.

This week – after Manchester City completed a 4-1 Champions League semi-final victory over PSG to reach the first final in their history – Andy Dunn is back again, writing about…player behaviour, of course. Anything but acknowledge how good this Manchester City team are.

‘Yes, Paris Saint-Germain lost their heads but let’s not paint City as flawless.’

He then describes Fernandinho as a ‘snide-foul expert’ before bemoaning that ‘Riyad Mahrez was magnificent but still found time to wave the bogus yellow’.

They are in the Champions League final, Andy. Do your bloody job and leave your accent at the door.

Red letter
Obviously, the Mirror football website are not daft enough to lead on Manchester City reaching the Champions League final on Wednesday morning, not when they can give second billing to a re-write of The Sun‘s Harry Kane story and top billing to a re-write of an AS story about Real Madrid buying Erling Haaland and Kylian Mbappe from Monday. Football? What football?

But the real clicks, as ever, are to be gained from desperate Liverpool fans and scared Manchester United fans. Hence this:

Have they been awarded the points? Have Manchester United been fined? Have Liverpool been gifted a place in next season’s Champions League just for the inconvenience of a postponed fixture?

Have they balls. The ‘boost’ they have been ‘handed’ is that Manchester City will now try and beat Chelsea on Saturday – they would have just f***ed if off, obviously – to win the Premier League title, which means that Liverpool can move within four points of the Blues if they beat Southampton on Saturday night.

Talk about a gift horse.

Obviously, the Mirror do not point out at any juncture that this ‘boost’ (it’s not a boost) also applies to West Ham and Tottenham, currently above a Liverpool side who have contrived to draw their last two games against Leeds and Newcastle so are in no position to take advantage of this non-existent boost. Pesky fact: They are the 12th best Premier League team in 2021.

But hey, desperate Liverpool clicks are the very best clicks.

LIVE: Nothing
Is there a Jadon Sancho to Liverpool update today? No.

Out for the count
All headlines taken from the Express football homepage:

How to get clicks on a dull Chelsea story
Missing a number but not a trick is this from the Express, which is their most-read football story on Wednesday morning:

And the story begins thus:

‘Chelsea boss Thomas Tuchel believes N’Golo Kante is key to the club winning trophies, declaring the midfielder to be the ‘dream’ player for any coach.’

Frankly, it’s dull as f***. It also literally never mentions either Manchester City or Manchester United. Not once. Not even in passing.

Our only question is this: Why they didn’t throw in ‘Liverpool’ as well?

‘Trying to keep in favour for when he gets another job’ story of the day
‘Lampard deserves credit for his role in Chelsea’s revival. Mount and James are his legacy’ – The Athletic.

Recommended reading of the day
Barney Ronay on Riyad Mahrez