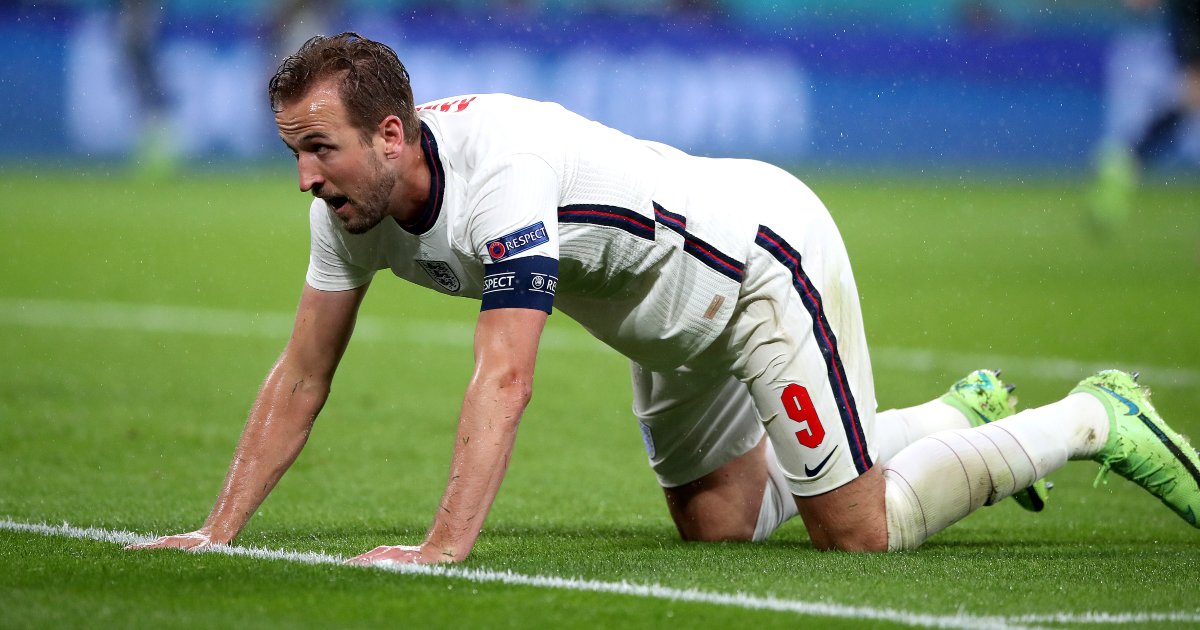 What’s another year?
The post-mortem of England’s draw with Hungary continues in the tabloids, with Dave Kidd writing in The Sun about the current travails of Harry Kane and Raheem Sterling. Apparently, the pair both playing until July 11 at Euro 2020 and then returning to Premier League action barely a month later is not considered a factor here because the narrative is that ‘here are two key players, in their peak years, both facing serious long-term problems in their club careers’. And apparently we should be worried because England will start their World Cup campaign in just 13 months.

‘It is difficult to imagine Southgate’s team challenging at the sharp end of the World Cup without both men at prime levels,’ it says here. But then 13 months ago, it was difficult to imagine Kalvin Phillips would be an England stalwart, Jack Grealish was only involved because Harry Winks was injured, Eric Dier was established at centre-half while John Stones was out of the picture, Luke Shaw was in the international wilderness and Mason Mount was a squad player. Indeed, of the England team that played Denmark last September – 13 months ago – only five would be considered shoo-ins for a first-choice England XI today. The moral of the story? An awful lot can change in 13 months.

The blame game
England limped to a 1-1 draw with Hungary but who is really to blame? Why, Manchester City manager Pep Guardiola, of course. In providing five City players, it’s basically his defeat.

‘While Southgate employed five City players in his starting line-up against Hungary, and opted for a Pep-style formation, Guardiola has done him few favours of late.’

‘City’s pursuit of Harry Kane was half-hearted, leaving the England skipper and his brother Charlie looking slightly naive, after he had made such a public play of wanting out.’

Firstly, it wasn’t just Kane and his brother left looking slightly naive, was it Dave? And are we really suggesting that Guardiola is partly at fault for Kane’s form because he was interested – but not interested enough at the fancy prices being quoted – in the Tottenham striker? Should he have sanctioned a ludicrous £160m move to help Southgate?

Oh Pep. You really have screwed England’s World Cup chances with your selfish pursuit of one England player over another.

Can you ‘tumble’ two places?

Can you believe it?
There is a bizarre fascination with Harry Kane being substituted on Tuesday night, with John Cross in the Daily Mirror writing that he is in ‘unchartered territory’ as he ‘is not used to being substituted’. Apparently ‘there was a genuine gasp of disbelief when Gareth Southgate substituted him in the second half’.

Really? The bar for disbelief among England reporters must be really very low because this was actually the eighth time Kane had been substituted by Southgate in his last 20 games. So he is substituted in 40% of the games he plays for England. In fact, it happened three times at Euro 2020, including in a 0-0 draw with Scotland.

You would think Cross would remember; he was there and nonchalantly wrote that Kane ‘was hooked after 74 minutes without registering a shot on target’. Were there no genuine gasps of disbelief then, or were they just saved for when a new narrative was needed in October?

Kane unable
Another man who has apparently forgotten that game against Scotland is Chris Sutton, who writes in the Daily Mail:

‘No search party was needed in the end but England’s staff must have been tempted to deploy one when Harry Kane’s number was being held up at Wembley Stadium.

‘For 76 minutes, the Tottenham striker was the definition of lost. He managed only 21 touches of the ball and had zero joy against Hungary’s three-man defence. So Gareth Southgate decided he had seen enough – it was time to hook the captain.

‘That could be interpreted as a warning. When push comes to shove, Kane is not undroppable. No striker is. If you are not scoring goals and someone else is, then he deserves his shot over you.’

It could be interpreted as a warning, but only if your memory does not stretch back an entire four months to when Kane played for 74 minutes against Scotland, managed only 19 touches of the ball and had zero joy against Scotland’s three-man defence. He was hooked then – because that is what the manager is allowed to do, even to Kane – and then what happened next? Oh, he played the next game against the Czech Republic and then scored four goals in three matches to help England into the final of Euro 2020. That’s what.

But Sutton has a warning:

‘You cannot live off your reputation for ever. This is football. It is about results. Kane needs to rediscover his scoring touch if he wants to stay untouchable.’

Ah, so he is ‘untouchable’ for now? 41 goals in 65 games will do that. Oh and we are pretty sure Kane does not expect to be in the England side for ever. But maybe while he is suffering a one-game scoring drought?

This is England 21
England are unbeaten in 90 minutes since November 2020 and reached the Euro 2020 final three months ago so of course the Daily Mail need to look at ‘five problems Southgate must solve to get Three Lions firing’. Seems completely rational.

‘HOW DOES HE GET CAPTAIN KANE BACK TO HIS BEST’. Well, he might argue that he has scored three goals in four England games since Euro 2020 and he might also remind people that he initially looked pretty poor at Euro 2020 too, so maybe just calm down a little? Oh and whether Kane starts scoring in the Premier League for Tottenham is surely a question for Kane and for the Tottenham manager? We’re not sure Southgate can petition Nuno Espirito Santo to play a more attacking formation. That might be slightly out of his remit.

Next comes the big question about Mason Greenwood. Will he FINALLY select him?

It’s important to note a couple of things here: First, that Greenwood had actually already played for England before being sent home for breaking the rules. He was also selected for the preliminary Euro 2020 squad but withdrew, so this is clearly not some kind of vendetta. Oh and second – and this seems important – he has not scored or assisted in his last six appearances for Manchester United. Southgate is not ignoring some sort of unstoppable dynamo who is making an extraordinary case for inclusion; he has scored the same number of Premier League goals as Andros Townsend and Demarai Gray this season.

The Mail then ask whether he should stick with two attacking midfielders, which is clearly a space-filler because of course he sodding won’t. And then the fourth question is a thinly veiled argument for Jordan Henderson to be relieved of England duty because ‘one wonders what is to be gained by taking a 31-year-old away if there is no intention to use him’. Oh one wonders does one? Well, there are answers if one chooses to look hard enough.

And then, yawn, the Mail’s fifth ‘problem Southgate must solve to get Three Lions firing’ is Trent Alexander-Arnold, the Liverpool right-back who was not at Euro 2020 when England reached the actual final.

Spot the point when Liverpool correspondent Dominic King took over the feature from Sami Mokbel.