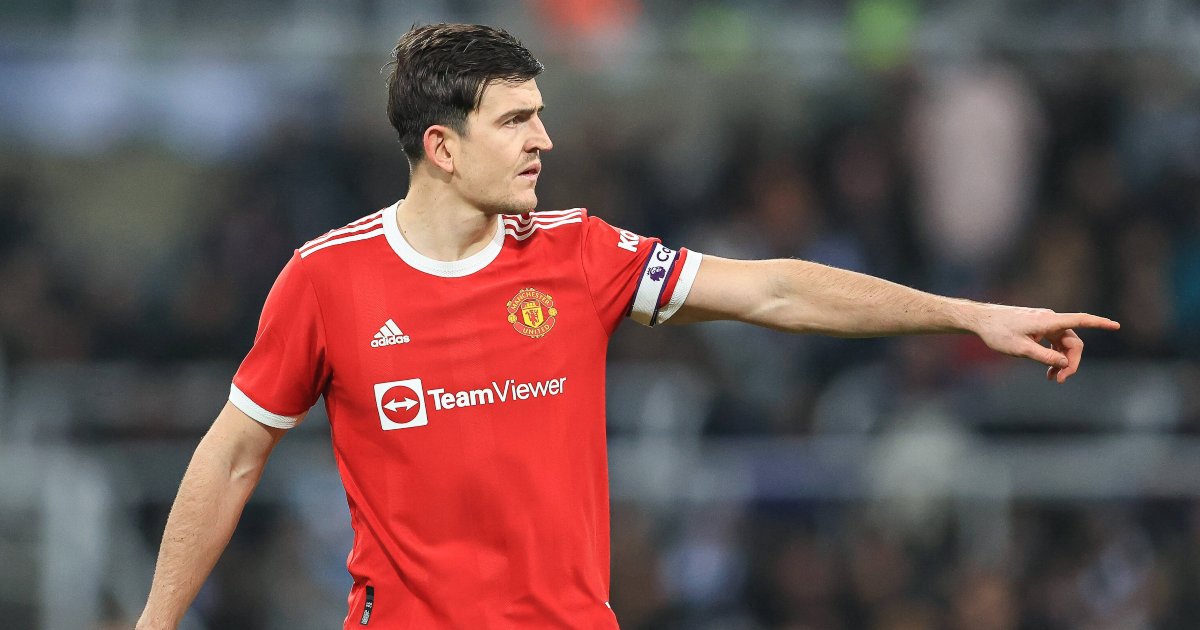 Harry Maguire and his feckless teammates dominate the Mailbox. Send your views on this and other subjects to theeditor@football365.com

Man United players need a shake-up
It has been almost 10 years since Sir Alex retired and it has become very apparent that the club didn’t plan his replacement properly. Sir Alex had ultimate authority over the squad and you never saw the players downing tools. It seems now that over night the power shifted away from management and towards the players.

Near the end of Ole’s reign I gave the players the benefit of the doubt. My belief was that the players were tactically confused and didn’t really know what to do. It’s becoming clear that in fact the players couldn’t really be arsed. Ole had to fall on his sword as he kept playing these players who were doing to bare minimum. The problem I am having is that Ralf is doing the same. He seems to be playing the same core group of players who just don’t have the right attitude.

I will admit that I was one having jokes about Phil Jones starting against Wolves. Whilst you could question his ability, you can’t question his commitment. The most telling for me was on the stroke of half time and the Wolves player lined up to take a shot. All the Man Utd players pressed little and gave room for the shot in the hope for a block from five yards, Jones attacked the ball.

I don’t believe Man Utd will finish in the top four so I would like to see the manager make some bold calls and play only the players that want to play, even if that means bringing in some youngsters. Maguire has been captain for two years now and the situation seems to be getting worse, strip him of the captaincy and give it to someone who can call the players out for their entitled behaviour, unfortunately I don’t see many if any options for this.

The saddest part is that it’s ultimately the match attending fans that suffer. They’re spending £40 a game to watch a bunch of entitled millionaires giving at most 50%.
EL (Clubs will outlast these players)

…The fact that players such as Scott McTominay and Harry Maguire can continue to put out shocking performance after shocking performance and still be the first name on the team sheet proves the lack of control and management at Manchester United. Players can down tools and blame the manager, but this doesn’t seem to be happening at any other club in the Premier League. For the first time in almost eight years, we have a manager who knows how to come into a club and turn them from lazy football and lucky chances to a fast and fit style of play.

Of course, Ralf can make mistakes, like keeping McTominay and Matic on for the full 90 against Wolves. Faith in such pairings has meant we have lost every midfield battle apart from Spurs away and Leeds at home. It’s been less than a month, and it already seems that Rangnick made a mistake in joining us.

In an ideal world, the players at Manchester United realise that they are all playing poorly. No one other than David De Gea has the right to voice complaints at this time. Players need to buy into Ralf’s style of play and not just go back to “Ole Ball” of letting the other team control the game and try to nick one near the end. Until the players at Manchester United get a complete culture shock and realise they are all replaceable, then things will stay the same or get worse.

You either buy players who play the way you want or choose a way of playing that suits the players you have. Unfortunately, United are currently doing neither.
Max of Whitegate

But for where the club is, Ronaldo is far from their biggest problem. Notwithstanding whatever cultural and behavioural issues are in the squad, and a wider incoherence to recruitment, United’s largest discrete problem is the lack of a central midfielder that can disrupt, press and progress the ball. McTominay and Fred can just about perform two of those functions, Matic and Pogba one of them, and Mata is adorable but past it. It’s not clear what van de Beek (who should be ideally suited to what Rangnick seems to want from one of his holding players) has done wrong, but clearly it’s not working out at Old Trafford.

The impact of this was evident against Wolves. Matic dropped deep as he doesn’t have the legs to shuttle and press, and McTominay doesn’t have either the passing or dribbling ability to progress the ball, so the holding two don’t perform their roles and the more advanced players are either starved of the ball, or have to drop back to collect the ball in less dangerous areas. This would be less of a problem if United had two full-backs who could distribute, but Wan-Bissaka can’t pass and Shaw’s having an inconsistent season.

But against Wolves, United’s attack broke down repeatedly on the right side. Neither McTominay nor Wan-Bissaka could do anything to break down a deep-set Wolves defence, so the ball is either lost, or recycled back to Matic or the centre-backs whilst Wolves reset.

Signing even one midfielder who press and progress the ball between lines would make a huge difference to United. Dropping Ronaldo isn’t worth the hassle.
Chris MUFC

Is Franck Kessie the missing link for all of the Big Six?

Rashford should have been anonymous
I agree entirely with yesterday’s mailbox musings on Marcus Rashford’s faults as a player. And while his charity work is to be commended, I do feel he could have done it anonymously. That way he could theoretically be more focused on his game, and at the same time get balanced criticism that he seems to be immune from due to his charitable status.

I do genuinely think all his good off-field work has had an adverse affect on his form. He was immortalised in the Aldi Christmas advert this year for goodness sake, and not for hitting the same levels on the field as his contemporaries.

Imagine the scenes if it emerged towards the end of his career that he had donated however much to the cause without anyone knowing?
Brian, Wexford

A raging semi
The postponement of the Arsenal vs Liverpool game is an outrage for reasons I’m sure most people will be pointing out. I’d just like to suggest the options the EFL should have made Liverpool choose from:

1. Play the match with whoever is available. If that means kids, so be it. It’s a knock-out tournament, deal with it.
2. Forfeit the first leg 3-0 to Arsenal. Don’t be such pussies.
3. Play the tie over one leg (as previously called for by Klopp) on the date of the Anfield game but have it at The Emirates. And stop being such pussies.
Simon, angry Norf London Gooner

My club, Southampton, were due to play Newcastle recently, but the Magpies asked for it to be postponed.

The trouble is, when that match is eventually rescheduled, the Newcastle team which lines up is likely to look very different (and most likely very much better) than the team which would’ve played on the 2nd of Jan (even if all their players were available).

Other teams might be in similar positions as we go through January.

Imagine a situation where a team is relegated / misses out on CL etc. because they lose to a team which requested a game be postponed and then play a load of new signings. I could even foresee legal challenges.

A situation such as Burnley vs. Spurs is obviously different – the referee called off the game, not one of the teams.

Perhaps one solution would be to forbid new signings from playing games which were postponed prior to them signing, if their team made the request.

So if Newcastle sign Mbappe, he can’t play against Saints in the rearranged game, but if we sign a load of Serbians with our new owner’s cash, they can play, since we didn’t ask to postpone. Seems fair to me!
Michael

Spur of the moment understanding
Never really knew what it meant when people would say ‘Spursy’. I mean, I just thought Tottenham were just an alright side that occasionally got close to the top. Then I watched the 1st half of the game with Chelsea.