Home F365 Says How have Real Madrid broken the brilliance of Gareth Bale? 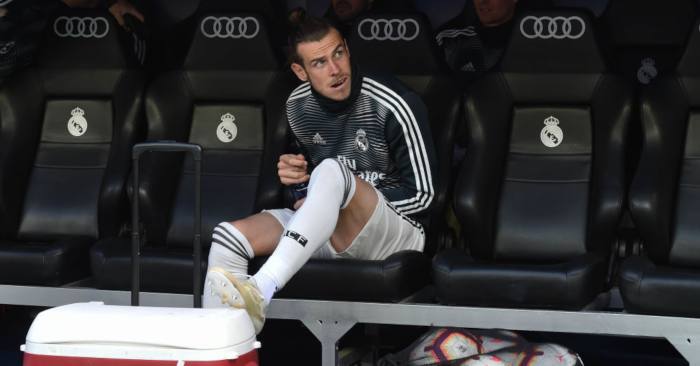 The summer of 2013 was an odd one for Gareth Bale. It had become obvious very quickly that he wasn’t long for Tottenham’s world and he spent many of those weeks in a pink, backwards baseball cap, floating from one sun lounger to the next while Real Madrid and Jonathan Barnett duelled with Daniel Levy.

He didn’t really belong in those pictures under those headlines. Desirable footballers about to be sold for world-record fees are generally of a certain sort – good-looking, fashionable, effortlessly cool. They have the world at their feet, an infinity pool in the background and a siren draped around their neck.

Bale wasn’t really like that. Like an actor who had been badly cast or who had stumbled onto the wrong set with the cameras rolling, he was playing a part which never really suit him. The baseball cap was a giveaway, long before his hair would become one too. This was a performance which came straight from the pages of David Beckham’s autobiography, but constructed around a soft Cardiff lilt and an introverted personality.

In the years since, Bale has not become any more comfortable. Reports suggest that he has struggled to learn Spanish, that he has insulated himself within his own community of family and friends and that – rather than fluttering around the lights of the Madrid nightlife – he’s more likely to be found on the golf course. Which, really, should be to his credit. Better a hermit than Frank Worthington-on-tour and, given the size of Real’s investment, there should be something comforting in knowing that he would never be found at the foot of a vodka luge.

Apparently not. Real Madrid have suffered through a catastrophe of a season and are now on their third different manager. On Sunday, they signed off in dismal fashion, being passed to death by Quique Setien’s Real Betis. Bale never saw the pitch. He was caught sharing a joke with Toni Kroos during the second half, a crime for which the Spanish media will extract their pound of flesh, and at full-time he disappeared straight down the tunnel, avoiding the end-of-season ceremonies entirely.

That too will be treated as a heinous crime but, really, who could blame him for not wanting to spend a second more with that Bernabeu crowd? Back in April, Bale was whistled onto the pitch when he appeared as a substitute against Athletic Bilbao and that was the culmination of a hostility which seems to have been building for some time.

According to Jorge Valdano, the club’s former director general, who spoke to a Spanish radio station in the days after, that hostility has its roots in the suspicion of unrealised potential.

“People still expect promise that has never been fulfilled. To his credit, he has fulfilled this promise at critical times, with trophies on the line, but, judging his performances regularly, he has produced less than expected.”

There’s merit to that. While the instinct is to list Bale’s achievements in Spain and to remember his goals in those Champions League finals and the highlights of his combination with Cristiano Ronaldo and Karim Benzema, it’s right to recognise that he hasn’t been the consistent force he was bought to be. Injuries have restricted him, more so as he’s got older and as his explosive playing style has taken its toll, but he has never scored more than 20 league goals in a season. He has appeared in 30 La Liga matches or more just once, and his wages are commensurate with a bigger contribution.

Nevertheless, the anger seems disproportionate. Bale’s treatment, too, appears to be instructed by curious malice.

The defeat to Betis is presumed to have been his last day in Madrid and it was one which began with a strange quotation. Bale was credited with claiming that he would be content to become a contract-squatter, telling his teammates that whether Real wanted him or not, he was determined to collect his money and while away the months and years on the putting green. He isn’t known for being publicly brash, nor for even having the required Spanish to make such a comment. Tellingly, the report vanished as quickly as it appeared.

After the Betis game, Zidane was then reported to have said that even had he had a fourth substitution to use he would still have left Bale on the bench. That was picked up and reported by the British press but, again, within hours it had been discredited. The Spanish-speaking journalists who were in the press conference, including The Guardian’s Sid Lowe, revealed that Zidane had said no such thing.

Perhaps both can be attributed to mischief. After all, the sports dailies in Spain have a lot of space to fill and many clicks to collect. But it was still symptomatic of the culture in which Bale appears to find himself. One charge which can be levelled at Zidane and which also seems symptomatic of that mood was the decision to name Bale on the bench in the first place. Why was he there at all? It’s no secret that Zidane sees him as surplus to requirements and would prefer him sold over the summer, so standard procedure in that situation would have been a short, ceremonial appearance.

It didn’t happen, which meant – inevitably – that Bale’s role become camera fodder. As interest waned in Real’s efforts to get back into the game, it wandered towards his body language and behaviour. Zidane played on that stage for many years; he knows the club extremely well and understands the dynamics of its news cycle. In the years to come, perhaps revelations will be made which alter the perspective on his relationship with Bale, but on Sunday – in that moment – it was hard to avoid the suspicion that he was being presented as a patsy.

Guillem Balague made a pertinent remark during his co-commentary. Referring to the crowd’s treatment of Bale, he discussed Real’s season as a whole and the individuals at its root. Yes, Bale had been a disappointment, he conceded, but what of Marco Asensio, who has been such a crushing let-down? Asensio is still a young player with abundant potential, but the broader point is valid: while Bale is understandably one of the scapegoats for 2018/19, on any list which includes Julen Lopetegui and the form of key players like Raphael Varane and Sergio Ramos, he is hardly the pre-eminent villain.

Where have the thrusting full-backs been? Where was that midfield and defence when Ajax were making Real look like Excelsior?

In an AS poll carried out in October, before Lopetegui was relieved of his duties, 80% of readers believed that Florentino Perez was ultimately responsible for the mess the club found themselves in. Those percentages might have shifted in the months since, admittedly, but when there’s such a clear belief in institutional dysfunction, it’s strange that the accusatory finger should be pointed anywhere else.

Bale earns a lot, but is hardly Jack Rodwell at Sunderland. It’s probably been his weakest season, but he’s physically wilting and clearly beyond his best. He has never showed his finest form against Barcelona, but which of this generation of Real Madrid players can claim different? There are caveats to his career in Spain, then, mitigating circumstances which are being ignored.

Or maybe that’s just a British perspective. Spanish football culture is different, there’s plenty about it that we don’t understand, and Real’s world is unique to a further degreee. It’s possible that that our faintly proprietary connection to Bale confuses that reality further and gives him a pass which he doesn’t deserve.

Whatever the truth, his six years in Spain pose interesting questions about legacy. Bale has won the European Cup four times, he is part of a group of players who achieved something very special. He scored two of the most important goals within those campaigns, one of them quite possibly the finest Champions League goal in the competition’s history. Contained within the showreel too, of course, is his Marc Bartra-roasting run in the Copa del Rey final, and an all-competitions strike rate of almost one-in-two. It’s a pretty enviable sort of failure.

And yet, from the outside, there seems to be scant affection for him. When his career is mentioned in ten, 20 or even 30 years’ time, will it be with all these looming asterisks which obscure what a wonderful player he’s been? Will they remember his left foot and that uncanny ability to hold his acceleration over so many yards? If not, that’s a mild tragedy. What’s more, it preaches a message about this biggest and brightest stage, its dulling effect on anyone guilty of just being excellent, and how – really – Real Madrid is a club which de-contextualises ability like no other.

Despite the wealth it provided and the medals he earned as a result, the worst decision Gareth Bale ever made was to put on that pink baseball cap.