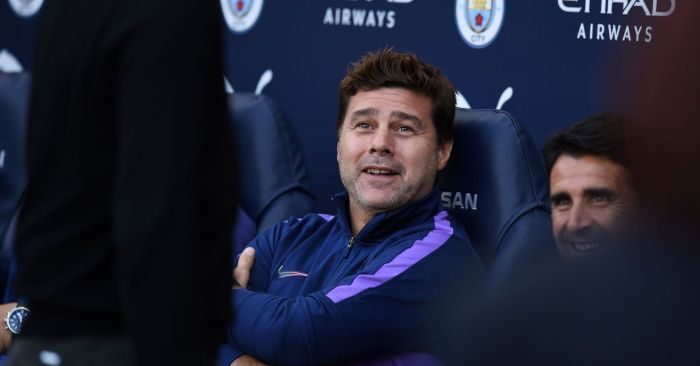 A pledge
Mediawatch will personally hunt down whoever asks Jose Mourinho what kind of ‘One’ he is at his first Tottenham presser. You have been warned.

Recovery position
Question: If the biggest story in football, the only thing people are talking about right now, is Tottenham appointing a former Chelsea and Manchester United manager, how do you make it all about Liverpool?

Of course, it actually shows that Tottenham are 14th, have taken 25 points from their last 26 league games, have lost more games than any other top-flight side this year and are below Everton and Newcastle and level with Burnley in a calendar year Premier League table.

They also haven’t won away in the Premier League since January. But no, this is all down to a defeat they suffered in June. This is Liverpool’s doing.

No way, Jose
Therein lies the problem with this sort of news story: there is a subsequent clamour to find a new, fresh piece of information that no-one else has, thus helping you stand out from the crowd and grab those juicy clicks. And said clamour quickly becomes rather boring and tiresome.

And so to our first example, courtesy of the MailOnline:

‘I could NEVER manage Tottenham… I love Chelsea fans too much!’ Mourinho insisted in 2015 that he rejected Spurs in 2007… so what’s changed, Jose?’

That he no longer has an inherent need to appease a fanbase he was working for and shared a great affinity with at the time?

The fact that circumstances can, do and have changed drastically?

Nothing; it was basic lip service from a master of the art?

Choose any of the above. Just don’t pretend this is an out-of-character shock and some sort of backtracking.

Regular haunt
That message also goes to The Sun. And no, those comments really have not ‘come back to haunt him’. Mediawatch sincerely doubts he’s bothered at the minute.

Big REVEAL
Sticking with The Sun, they have REVEALED something quite shocking about Mourinho and Tottenham:

When did ‘REVEALED’ become ‘we have looked at a list of fixtures and noticed something’?

To be frank, Bruno
But the holy grail with any new manager is identifying his immediate transfer targets. And the Daily Mirror have you covered there.

And by ‘gushes’, they really do mean ‘spoke about him in June’. Silly everyone for assuming present tense denoted something said recently; these comments were literally five months ago.

Gettin’ Jiggy with it
It does rather feel as though one man has been forgotten in all of this: the now unemployed Mauricio Pochettino.

Paul Jiggins is here to rectify that for The Sun:

‘Poch has also managed to screw a £12.5million pay-off from Levy.

‘If that was not enough, he has also managed to make the Spurs chairman look the villain of the piece.’

Well he has literally been sacked from his job at the first genuine sign in five and a half years that things were not going well. Daniel Levy has been made to ‘look the villain of the piece’ because he has fired someone who over-performed for half a decade.

‘If this situation does not go smoothly it is safe to say the chairman can expect more protests.

‘Yet it is not all his fault.’

Not all, no. But most, certainly. He did not provide sufficient transfer backing to a manager who took them from Europa League regulars to a Champions League final. He allowed contract issues to linger and the squad to fester and become stale.

And ‘if this situation does not go smoothly’ it really will be all his fault. You cannot possibly sack someone from their job, hire an inadequate or unsuitable replacement, continue to struggle and simply keep pointing the finger elsewhere. Levy has paid £12.5m to remove Pochettino and a considerable amount more to bring in Mourinho. If it is a success, he will be justifiably lauded. If it is a failure…

‘And you suspect Pochettino and his coaching staff were celebrating last night with a case or three of Argentinian fine red wine.’

You might. Everyone else won’t. These are people who have just been removed from long-term jobs. They’re probably not having a great time of it right now.

And Mediawatch suspects Paul Jiggins would not celebrate being sacked by The Sun by eating fish and chips, drinking tea, or indulging in any other lazy stereotypes.

‘Even Spurs’ historic Champions League run did not seem to satisfy him. No sooner had they reached the final in Madrid than he was threatening to quit if his side won the trophy.’

He was ‘threatening to quit’ (which is one way of saying ‘he mooted the idea of resigning if he reached the absolute pinnacle of his profession in remarkably trying circumstances’) precisely because the Champions League run would have satisfied him. It could not possibly have got any better, so he might quite sensibly have left and allowed both him and the club to move on and start new, separate, chapters.

‘In a pre-season hissy-fit in Munich, he huffed: “I am not a manager, I am a coach,” knowing full well his success on the pitch would lead to Spurs fans taking his side against Levy off it.’

You sound surprised that fans would support the man who played a more direct part in taking them from Tim Sherwood to Champions League finals, rather than the individual who seems to have shacked him somewhat throughout that task.

But it is only when Jiggins refers to Pochettino as the ‘mardy Argie’ in the third to last paragraph that Mediawatch feels inclined to just give up. That really is enough for today.

Caught ‘Knapping
And then, just when you think every possible stone has been unturned, that every potential Pochettino and Mourinho avenue has been inspected, talkSPORT give Harry Redknapp a live mic and a platform.

That right there is some premium Harry Redknapp. pic.twitter.com/XI9a25CKT8

Mediawatch has so, so many questions. For now, here are just four:

Why is Saddam Hussein his go-to example of inhumane deplorability?

Why did he have to specify that he would be winning “football” matches?

Why did he choose a chant that doesn’t scan with the name?

What the hell are we doing?

Recommended reading of the day
Oliver Kay on Mauricio Pochettino. (£)