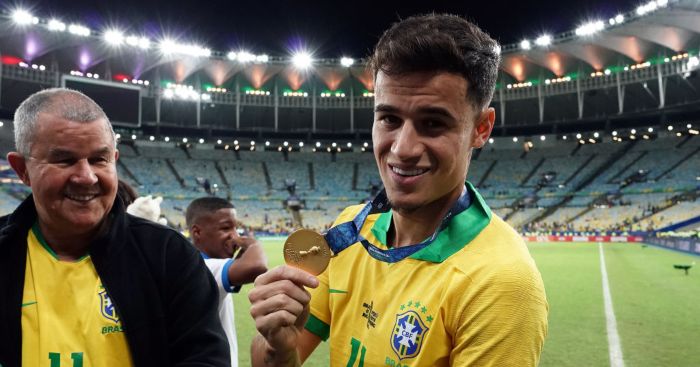 Philippe Coutinho would find it “very difficult” to join another Premier League side due to his “strong affinity” with Liverpool.

Coutinho left the Reds in January 2018 to join Barcelona in a deal worth up to £144m.

But the Brazilian has struggled to settle at the Nou Camp while Liverpool have gone on to claim Champions League glory.

The 27-year-old has long been linked with a return to the Premier League, as both Manchester United and Chelsea have been credited with an interest.

But Kia Joorabchian, the agent of Coutinho, believes that his Liverpool links would veto either of those moves.

“The information from Barcelona is rather mixed,” he told Sky Sports.

“We had a meeting last week with the president [Josep] Bartomeu and other directors, and they told us he was absolutely not for sale, that they have never spoken about the boy leaving, that they had never offered him to any club.

“Although there is a guy that works for them called Andre Cury, who apparently has been touting him about – but the president has told us he is categorically not for sale.”

“I think Liverpool lies very, very deeply in his heart,” he said. “He was a big fan of them throughout the campaign [last season].

“He was wishing for them to win the title and he has a very strong affinity there so I think it will be very difficult for him to go to a direct competitor of Liverpool from a personal standpoint.”