Home Mediawatch How did Man United pull off such transfer sorcery?

How did Man United pull this off (apart from offering the asking price)? 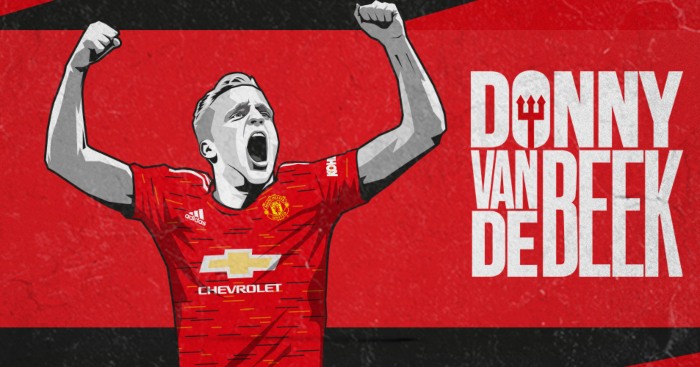 How did Man United do this transfer thing? It must be the fancy London offices…

Must go faster
Fresh from the impressive signing of Donny van de Beek, the Manchester Evening News are very giddy indeed. And there is none giddier than Samuel Luckhurst, who is pouring a whole lot of love on United for pulling off this transfer. However did they do it? If you’re thinking ‘by offering the asking price’ then you are a fool…

‘Jose Mourinho came to refer to him as ‘the tall guy’ and that description is maybe all Matt Judge shares with Jeff Goldblum. To paraphrase one of Goldblum’s immortal quotes, Manchester United have found a way to finalise a signing whilst negotiating for another player.’

It’s like magic. Not quite as ‘magic’ as taking the quote “I’m simply saying that life, uh… finds a way” from Jurassic Park (not The Tall Guy) and using it to blow smoke up Matt Judge’s bottom for doing what every other Premier League club manages every single summer, but it is close.

He’s ‘found a way’ to do two things at once?! What a hero. It will never catch on.

‘Judge is ‘at the coalface’, sounding out agents and gauging how keen a player is to join United. He met Jude Bellingham and his family in March and, last week United dropped their one-at-a-time strategy to do a deal for Donny van de Beek without ending protracted discussions over Jadon Sancho.’

Hmmm. The argument falls down a little when you remember that Jude Bellingham and Jadon Sancho are currently Borussia Dortmund players.

It would surely be utterly ridiculous not to do a deal for a wanted player just because Sancho has not yet signed. This is like lauding a man for going for a much-needed p*** instead of waiting at the table for a dinner that may or may not be cooked because you have only offered half the price.

‘Unlike deal-makers of yesteryear, Judge does not have to brave monotonous motorways or rendezvous at service station cafés. United have the luxury of a plush office opposite Green Park station in London where Judge, the head of corporate development, hosts intermediaries and the odd player. The Stratton Street base, situated next to Langan’s and just down the road from The Ritz and Fortnum and Mason’s on Piccadilly, was where Fred signed his paperwork in 2018.’

Right. Three paragraphs in and we are already at the stage of praising a man for his office space. Neil Ashton is a bona fide genius.

Toad to hell
‘GARETH BALE sent a desperate plea to Premier League clubs to end his Real Madrid hell,’ is a pretty bold back page from The Sun.

The man earns (according to The Sun) £650,000 a week and has made it clear – as is his right – that he will not take a pay cut to leave Real Madrid. If it were truly ‘hell’, we are pretty sure he would take a little hit on the kind of preposterous money he can never actually spend.

As it is, there is no Premier League who will agree to pay Gareth Bale £650,000 a week now – or even realistically half that amount – and his agent has made it clear that he will not go out on loan (“the best players in the world do not go out on loan”). So unless Real Madrid pay up the remaining two years of his contract, Bale will stay at Real Madrid.

“Gareth is fine. He has two years left on his contract,” said Bale’s agent Jonathan Barnett in July. “He likes living in Madrid and he is going nowhere.”

Spot the difference
One man making his way out of Madrid is James Rodriguez. And The Sun website has the scoop…

Red warning
It’s fair to say that Dean Henderson has ‘thrown down the gauntlet’ (Daily Mirror) and that he ‘expects to be the No. 1 keeper’ (The Sun) at Manchester United this season, but this is a reach on the back page of the Daily Mail:

‘DEAN HENDERSON has warned Manchester United that he will look to leave if it’s clear he will be No2 goalkeeper to David De Gea.’

Will he? Or has he said really quite sensibly that he would seek yet another loan move? Which is really not a warning but closer to a promise as the Daily Mail themselves told us less than a month ago that ‘United are likely to stick with David de Gea and Sergio Romero while sending Henderson out on loan again’.

As they even forecast that Henderson would be given improved terms to protect his value before said loan, Mediawatch is not entirely sure that anybody at United will be quaking at a ‘warning’ that is likely to leave them exactly where they hoped.

So what is this LIVE new development in the ‘Philippe Coutinho deal’ that is not really an ongoing deal at all? Indeed, it’s so from an ongoing deal that Arsenal are not mentioned at all in this piece on the same website. But now…

‘Lionel Messi’s transfer bombshell could have repercussions for Philippe Coutinho.’

‘With the Argentine demanding an exit from Barcelona, it could open the door for the Brazilian to work his way back into the fold under Ronald Koeman.

‘Arsenal have been linked with a move for the ex-Liverpool man but these latest developments with Messi have done little to inspire those at The Emirates that a deal will be possible.’

Oh. And that’s ‘Arsenal transfer news LIVE’, is it?

That was rum even before the same outlet led with the news of a ‘Lionel Messi ‘U-turn’ amid claims star is now ‘90% likely to stay’ at Barcelona’.

So is the ‘Philippe Coutinho deal’ back on again now?

Recommended reading of the day
Aaron Bower on Harrogate Town