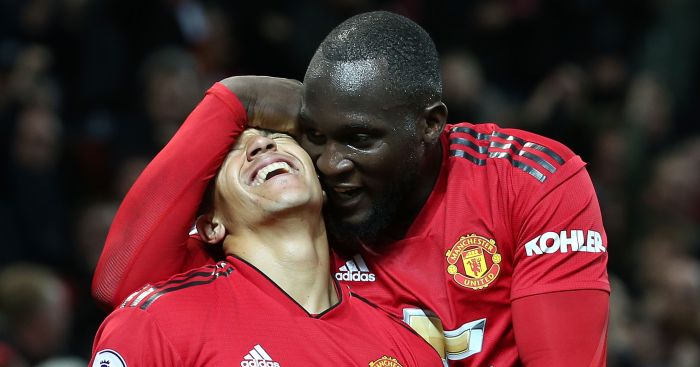 Dirty Sanchez
Now Mediawatch is not about to suggest that Alexis Sanchez was a raging success at Manchester United, but the treatment of his claim that he was unbeaten last season as a starter for Manchester United is utterly ridiculous. The Daily Star call it ‘incredible’ and the Manchester Evening News use the word ‘bizarre’.

A better word would be ‘accurate’.

The MEN were so incensed by this ‘bizarre’ claim that they wrote a whole piece headlined ‘Manchester United manager Solskjaer has been proved right with transfer decision’. Now we would think that such ‘proof’ will only arrive if Sanchez fails to produce for Inter Milan while United score a barrel-load of goals, but it seems that Sanchez citing an accurate statistic is proof enough. We’re not sure we understand ‘journalism’ anymore.

‘Alexis Sanchez’s flimsy defence of his form for Manchester United last season must have had fans scratching their heads on Wednesday.’

It might have left them scratching their heads until they checked out the records to find that Sanchez was absolutely right. It’s not a ‘flimsy’ defence; it’s a bloody brilliant one.

‘The Chilean attacker started just 13 of United’s 53 games in all competitions as his stock plummeted over the course of a forgettable 2018-19 campaign.

‘Those games were against Leicester, Burnley, Watford, Wolves, Bournemouth, Leicester, Crystal Palace, Southampton, Huddersfield, Reading, Arsenal, Juventus and Valencia – and Sanchez completed 90 minutes in just one of them.’

‘Barring United’s first game of the season, the 2-1 reverse of Leicester at Old Trafford, Sanchez was hooked in each of the matches he started.

‘Some unbeaten record that, Alexis.’

Indeed, statistics show that the only United players with a better record than Sanchez over the whole season in terms of results were Ander Herrera and Phil Jones, neither of whom are currently playing for Manchester United. The deeper we go into this hole, the more it looks like Ole has been proved wrong with his transfer decision.

‘Any player who tries to spin a positive out of such wretched numbers is right to be flogged.’

For a second there, we thought he was suggesting an actual whipping, which would be harsh treatment for the man who created more chances per minute in the Premier League than any other Manchester United player last season.

Somebody should have told Sanchez those ‘wretched numbers’; they would have exploded in Manchester.

Let’s get physical
‘GARETH’S BOOT CAMP’ is the headline in the Daily Mail, prompting images of Kieran Trippier swinging kettle bells and Jadon Sancho dropping to the floor to do burpees, while a khaki-clad Southgate screams in their face.

But no, it’s simply that ‘Gareth Southgate has intensified England’s training sessions to ensure his players are physically and tactically ready to take a step towards Euro 2020’.

Let’s hear the details about this new ‘intense’ training that had the headline-writers reaching for the ‘boot camp’ reference.

‘Normally he limits time on the grass to 90 minutes but for the past two days, England have been out for more than two hours.’

Has somebody called Amnesty International?

Ace of farts
Michael Owen has dominated the agenda in international week, and The Sun are not going to be left behind. That’s what happens when Owen’s book is serialised in the pages of your red-top rival, and you boast his nemesis Alan Shearer among your columnists.

‘HEART OF A PEA Owen called ‘money grabber’ with ‘personality of a flip-flop’ by ex-Toon ace.’

Who is this Newcastle ‘ace’? Presumably somebody who played with Owen at Newcastle and can attest to his lack of personality in comparison with holiday footwear.

Numbers game
The Daily Mirror is fighting the international break blues by bringing us the ‘Premier League stats of the season so far’, which helps them ‘work out just who the best players have been in 2019/20’s formative weeks’. So who are those players?

Well, the headline says ‘Trent Alexander-Arnold, Kevin De Bruyne, Hugo Lloris’, which is handy as getting a Liverpool player in the headline is pretty much essential.

‘If a goalkeeper can only be judged by the saves he or she makes, then Hugo Lloris is the top of the stoppers so far.’

Well, a goalkeeper should probably be judged on something other than the number of saves he makes; we suggest save percentage. Which would make Nick Pope the best goalkeeper. But never mind, we’re nitpicking; what about defenders?

‘While there have been plenty of impressive purely defensive displays this season, it is impossible to overlook the contributions of Liverpool’s Trent Alexander-Arnold going the other way.’

Well it’s certainly impossible to overlook Trent Alexander-Arnold (five successful tackles from ten attempts) if you are determined to crowbar in a Liverpool player somewhere.

Though that’s nowhere near as ridiculous as including Ashley Barnes as your star striker because he has taken the most shots.

Mediawatch will use our own criteria to conclude that Sergio Aguero’s six goals from six shots on target might make him one of the ‘best players in 2019/20’s formative weeks’.

Table manners
On Wednesday we laughed at the ‘alternative’ Premier League table produced by The Sun based on ‘correct’ refereeing/VAR decisions.

But while we laughed, everybody else decided that they would have a taste of those delicious clicks…

‘How the Premier League table would look if VAR had been ‘used correctly’ this season’ – talkSPORT.

‘How Premier League table would if VAR was correct as Manchester United, Liverpool and City all change places’ – Fox Sports.

So who are the idiots here? Obviously us, we know; don’t e-mail.

Because of course being two points behind Liverpool in the actual Premier League table after four games had made them feel pretty sodding hopeless.

Seems quite certain. Mediawatch likes to play a game; how many paragraphs before the ‘will’ turns into a ‘could’ or a ‘may’ that utterly exposes the guesswork?

‘PEP GUARDIOLA could be forced into the January sales after losing Aymeric Laporte until the New Year.’

That’ll be just the one paragraph, then.

Richard Jolly on how teams try to counter Liverpool