Home Mailbox How many goals would Rashford score at Manchester City? 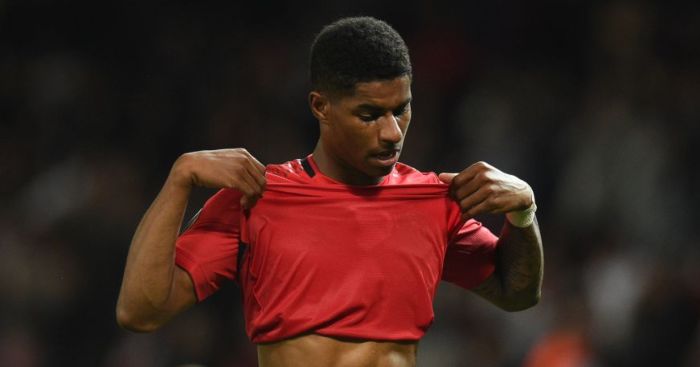 A tale of three managers
After yesterday’s fixtures it made me wonder who will be the first to leave their managerial post, Quique Sanchez Flores at halftime, Mauricio Pochettino after Spurs lose another lead or Marco Silva after yet another poor Everton performance.

Answers on a postcard of course.
Mikey, CFC

And a fourth
Well that was the last straw.  I’ve stood by this City team through thick and thin but that was an utter disgrace.  I’m sorry but I can’t defend these overpaid, bone idle Prima Donnas anymore.  We mere mortals actually have to do REAL work for a living in order to pay through the nose for inflated ticket prices.  If we’re going to cough up these huge sums, then the VERY LEAST the team can do is entertain us.  What did we get yesterday instead?  Five goals in 18 minutes which was sort of all right, but they then go and make us wait a full 30 MINUTES for another goal?!  I mean, what planet are these players, sorry jokers, on?  Hang your head in shame Bernardo you lazy git and a certain someone needs to pull his finger out for more than just one in every 10 or 12 games.  Yeah, looking at you Kevin!

Guardiola needs to fine the whole lot two weeks wages and put ‘em out training with the kids for a month.  See how they like that.  And if Pep hasn’t got the cojones to do it then he can f*ck off as well and take his so-called ‘system’ with him and good riddance.
Mark (I mean, what has Guardiola ever done for us?  Apart from the trophies and the hundred points and losing just one PL game in the last 8 months and ……………….) MCFC.

Son’s crying
I advocated for VAR when others dismissed it’s positives before it was implemented.

If Son is offside in the build up to Aurier’s goal, then I don’t want any part in this new reality.
James F, BCFC KRO

The goal was quite possibly going to be the sucker punch to take the wind from Leicester’s sails, but instead, the Foxes got a new lease of life and new energy. Props to them for using it effectively, but for our part, don’t talk to me about professionalism or Spursy; it would be difficult for any human being to get over the unfairness of it.

When did the powers that be decide that VAR offside decisions should achieve better than inch-perfect accuracy? There are several reasons that would be ridiculous:

1) There is no way the picture resolution even allows for such perfectionism.

2) Do they check that the picture used is from the exact millisecond the ball ceased to be in contact with the passers foot?

3) Where does a person’s shoulder end and the arm start, when the arm is in a horizontal position? Or where a person’s buttocks exactly reside in their shorts? The rule itself is hardly accurate enough for this kind of scrutiny.

4) To do it properly with this accuracy, it takes way more time than these checks should take. This pause was already too long, and we can’t be sure they even got it right (see points 1 to 3).

They’re quick enough to find a frame that more or less depicts the offside situation. If that’s indecisive, just call it good. VAR has enough PR problems already without this kind of silliness.
Samuli, THFC, Helsinki (And yes, I do realize City got robbed against us similarly, though subjectively speaking, it may have been marginally less ridiculously perfectionist)

The other side
I am sure your still get scads of email about the disallowed Tottenham goal.  But before taking it all out on VAR, take a moment to recall all the horrible offside calls and no-calls that awarded goals or took away goal scoring chances. I’ll gladly take a hyper-legal ruling from VAR to avoid all the unfairness that happened before.

Don’t be Rash
Let me move clear of any rotten tomatoes flung my way by saying that I am not suggesting Rashford is anywhere close to Aguero’s class (Aguero has class while we are still debating if Rashford has quality) .

But seeing Man City’s rout of Watford yesterday I couldn’t help but notice that Aguero too squandered a lot of chances..a chip over the keeper that went the wrong side of the post.. a couple of tap ins at the keeper or into side netting.. but still he finished the match with a goal nevertheless from the penalty meaning his goal/minute ratio remains preserved. And he will finish most matches with atleast a goal purely because of the De Bruyne and Silvas masterclass behind him.

Rashford (or any other United Striker right now) on the other hand feeds on scraps every match.. and why wouldn’t they given the creative ability of the United midfield. Apart from having lesser chances each match to tuck one away its also making the strikers rusty.. its like expecting your first shot in a training session to be your best one..

Improve this midfield.. and we may find Rashford or Martial or both seeming much more like proper CFs..
Akshay (Tottenham seemed to have joined the Arsenal and United party in doing their utmost to not finish in the top 4)

I’ve had a few and I’m watching Saturday’s highlights.

Remember being able to spontaneously celebrate goals?! That was cool huh? And kind of the whole point of being a football supporter…

Forget about that! Let’s get the rulers and the f*#÷@*  protractors out first. It turns out my GCSE maths teacher was right! Trigonometry IS important!

I was literally looking at a mathematical equation on my screen today when I thought I’d tuned in to watch Spurs play the bin robbers.

I’m at the point where if you remain an advocate of VAR, even a”Ooh it’s the rules that need to change,” defender of VAR, to me (Clive), you’re a tRump supporter! You’re a jolly Brexiteer.  You’re a climate change denier.

You’re trying to ruin something I love.

I wouldn’t want to have a drink with you and I don’t think you really understand what makes football exciting.

You know what? Football isn’t perfect. Refs aren’t perfect. But guess what? Life ain’t perfect. Deal with that. Don’t ruin it. It ain’t broke. Don’t fix it.

Enjoy the things that are joyful. Like f**king celebrating goals.

(It’s because we have limited staff on weekends)
Hi

Is there a reason that F365 and the vast majority of the press isn’t reporting the news that Liverpool paid Manchester City £1m for illegally accessing City’s scouting software?

The Leeds United “spygate” was much much less sinister yet was the lead story on actual news bulletins, not just sport.

I get, as this site points out thankfully, that Liverpool are the Mother Teresa of modern football if you read certain sections of the press, but this blanket of silence is just beyond weird.
Gav, Edinburgh