Home Mailbox How many of Klopp and Poch’s players would thrive elsewhere? 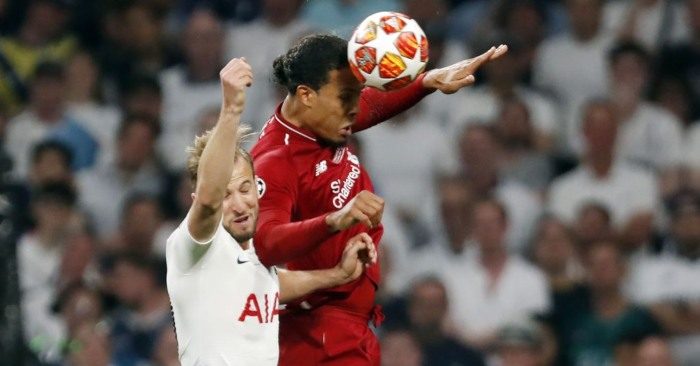 If you have anything to say on any subject (except VAR), you can send it to theeditor@football365.com

How many players are world-class outside their system?
I’m sure this has been discussed before but the high-profile transfer failures we have seen recently are often players bought for a lot of money that look world class in the system they play in. I think it very much depends on the manager as a very system focussed manager will see players outperform in tactics suited to their style that may not be matched in another team. I will speak from a Liverpool as this has happened often with Klopp players at Dortmund (Kagawa, Gotze) and now Liverpool (Coutinho). The system suits the players and makes them look a lot better than they really are.

The truly world-class players will always succeed (Lewandowski, Hummels) but I do believe that if Mane, Firmino or Salah moved away they would be nowhere near as good for this reason (not top bracket world-class players, just very good players playing world-class level in the system). I actually think this is the same with Pochettino’s players and the concern with Eriksen and what happened with Sanchez at Arsenal versus how he is now at Man United. The Premier League has very few truly world-class players that would play well anywhere since Hazard now left and outside of the Manchester City team. Perhaps Kane, Van Dijk and Alisson.
David (I know I support LFC and said we only have one world class player, but for now we have Klopp) Morris

Why are Man United being praised after the first km?
Let’s imagine we are watching the first kilometer of a marathon race. You see your friend, an impish Norwegian fella, finish the first kilometer in a faster time than he did last year. It’s a good start, sure, but there are two possible explanations:

Forgive the thinly veiled metaphor, but I think my point is fairly clear – it’s amazing to me that so many are convinced that OGS has trained his players more effectively than Mourinho during preseason, and that his players are therefore fitter + will remain fitter throughout the season.

What justifies the belief that OGS is a fitness genius? What justifies the belief that Mourinho has had so much success over the last 20 years despite not knowing how to condition players properly in preseason? If ‘doing a lot of running in preseason’ is so important, wouldn’t all top teams + top coaches do the same? Indeed, isn’t that the way preseason training happened in the 80s and 90s, before the sports science revolution led to more nuanced approaches? Isn’t it equally plausible that OGS is setting his team up for late season burnout, similar to the kind they suffered last season?
Oliver (so many questions to ask, so few journalists and pundits willing to ask them) Dziggel, Geneva Switzerland

Man United are not poised…
First time I’ve written into this fine site, although followed it for over a decade and always enjoyed my daily read.

Whilst watching Monday Night Football , Gary Neville who I normally think is a terrific pundit, stated his belief Man Utd must be ready to pounce in two years when Pep leaves City and if Liverpool don’t buy as well as in recent seasons.

Whilst it is likely Pep will leave at the end of his contract which I believe is in 2 years it seems Gary is being hopeful more than actually pining hopes on the players….Shaw, McTominay, Jesse Lingard anyone ? (current mainstays OGS looks to build around! ) who clearly aren’t up to it. Shaw was Man U’s player of the season yet Arsenal have just signed a better full back! For half money!

Anyway I digress, this is a naive view from a usually wise pundit, surely he’d realise City would have a succession plan in place not to mention the fact that they too are a youthful team!? And will no doubt continue to buy quality. Liverpool I’m sure will add next summer and have a proven track record of recruitment in the last couple of years.

Yes Gary then went onto mention Utd still need quality additions but that is obvious. The fact he thinks Utd will outscore Chelsea to get fourth whilst dismissing Arsenal whose front two along with the addition of Pepe will easily outscore Rashford ,Martial and eh Greenwood!? Leads me to think Gary isn’t as impartial as I’ve always thought he is!

I’m a Rangers fan but I’ve always had a soft spot for the Gunners who I reckon will nail 4th.

Just want to also mention what a good job Steven Gerrard is doing. Early days but Rangers look good for the title and I’d recommend any one who enjoys the Old Firm matches to look out for Joe Aribo in next weeks Glasgow Derby. Looks real quality and i can’t believe teams in lower end of the premiership didn’t take a punt – 350k!
Neil, Glasgow

Comparing their abilities at this early stage is obviously pointless. Both Lindelof and Maguire are (probably) 3-4 years away from their peak so the truth is we don’t know quite how good they will be.

Where I think the comparison has some merit is in the notion of the two roles played here and the discussion of them as a partnership rather than two individual players. Historically, it seems that a lot of the best centre-half partnerships were built around two different moulds of defender: the physically dominant and the technically gifted. Exactly how skewed in one direction the partnership is overall differs depending on team and league (Pique and Puyol were both technically good players, but Pique was certainly more physically dominant with more pace, height and strength) but the two defenders generally lean one way or the other.

Like Vidic and Ferdinand, Maguire and Lindelof each fill one of these roles. Maguire is the more physically dominant player who can win aerial duels, hold off strong forwards and appears somewhat slower. Lindelof appears better on the ball (in general) and somewhat quicker. I hope they can build on the positives from the first two games and both improve to a point where the comparison in terms of ability is more valid.

Obviously, they’re only being compared because of the club they play for, which is stupid as the team is totally different now and they are different players. This is like how Maguire is compared to Van Dijk just because they cost similar amounts. Reality is, there are pretty much no other centre-halves who blend the various physical, mental and technical aspects as well as Van Dijk does (Liverpool have a very special player) but we are going to keep talking about how Maguire’s impact compares.

Not sure what the point of this was to be honest but I’ve typed it up now…
Dave, MUFC, Leeds

Is Ole trying to boost Pogba’s numbers?
In the rush to criticise Ole Solskjaers penalty lineup most I feel are missing what is a vital factor beyond simply having it settled before the players enter the field.

Pogba scored 13 Premier League goals last season – not jaw dropping, but not bad. Take out his penalties though and he got 6. Six from open play. For supposedly the world’s greatest attacking midfielder, one of the most expensive players of all time and a brand all to himself. Actively courting a move to the great Real Madrid no less. By all acounts he’s a smart enough young man and what’s more he’s very well advised. He’s aware that six goals doesn’t exactly set hearts a-racing for a player quaoted at 150 million. So he wants and in fact needs to be taking penalties.

Ole on the other hand has a midfield and a top four problem. He has a pretty below par midfield even if you allow for Pogba. And as we’ve seen, he’ll struggle to attract top players if he’s not offering Champions League ball. For the sake of his job and bolstering his squad he needs Pogba at his best if he is to have any chance of getting the top 4 that is the minimum requirement.

All in all OGS has to manage his players (who knew right?) and like it or lump it that means, for now, keeping the only quality midfielder he has happy. Which means letting him take a few penalties. If Woodward had gotten the players in that were required Solskjaer could afford to be tougher but right now he needs to coax the best he can from Pogba.

Course that all goes out the window if they drop more points indulging him. Or he throws a strop. Or just stops bothering…on reflection there might be more to this management lark that previously supposed.
Your old pal Stevo

The lure of the lower league…
It dawned on me last night as I walked away from Home Park having watched an enthralling encounter between the mighty greens Plymouth Argyle and Salford City that in all the ‘will it, wont it’ of whether a goal will be cancelled out in the Premier League you don’t have this in the lower leagues. You can celebrate a goal without fear of VAR taking a look for two minutes then ruling it out for an obscure breach of the rules. I genuinely think as the season goes on and fans become more disillusioned with VAR lower league football will see an increase in support where fans of football will go to watch a game unspoiled by technology looking at why a goal should be disallowed.
Lee, Plymouth. GREEN ARRRRRMY!

Why racism is so much worse than fatism…
Question from Graham in yesterday’s mailbox:

“..thousands of Leicester fans thought it perfectly acceptable to chant ‘you fat bastard’, is this any more acceptable than racist abuse?”

The answer is ‘yes’ Graham.

Admittedly some people cannot help their size and weight but for the most part it is entirely possible to affect your own weight through diet and exercise.

While calling someone fat is a form of bullying, it doesn’t even come close to the disgraceful racism and dangerous nationalism invoked when people call others out for the colour of their skin – something none of us can change.

As a person of (half) colour I am lucky to have only ever experienced racial abuse on a minor scale, but I have borne witness to it and it is utterly disgusting and very frightening.

I will admit to taunting a friend at school for his weight, and he in turn fired back with insults based on my looks at the time (skinny, gawky, shit haircut, acne). This wasn’t nice from either of us, but then find me a nice boy at secondary school. People often took the piss out of the way I speak, I’m relatively posh for a North London Comprehensive, but not once did skin colour come into it. Had it done so, there would have rightfully been hell to pay.

Perhaps your question was earnest but it comes across as grossly naive. You should read some history books, maybe focus on colonialism and slavery.
Alay, N15 Gooner

…Graham – I think calling Luke Shaw fat is not quite the same as racism. Racism is particularly abhorrent because I think it has its roots in some pretty shameful pastimes like slavery. If there was a time when fat people were routinely treated wit less civility than dogs and denied basic freedoms or raped and murdered with impunity then perhaps you have a case though.
Minty, LFC