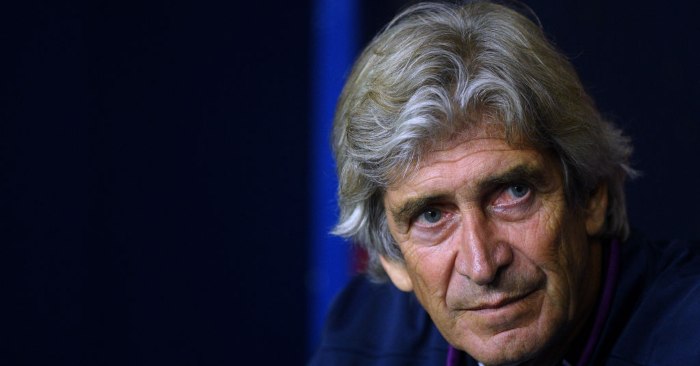 Without speaking to David Gold and David Sullivan, it’s impossible to know exactly what Manuel Pellegrini’s brief was when he took the West Ham job. But you can be sure that the two Davids told him this: “sort out our bloody transfers.”

West Ham has a proud tradition of vibrant and youthful football, but in 2018 that was a distant memory – a long line of over the hill, unlikely to be, wrong club at the wrong time, and what were you thinking signings had made transfer incompetence the club’s modern history.

Direction, value, promise, and results in the market were needed to get the fans back onside. In delivering these things Pellegrini has turned West Ham from a laughing stock to one of the Premier League’s shrewdest operators. But it shouldn’t be any surprise to those of you who’ve followed his transfer record.

Once upon a time, West Ham were managed by Harry Redknapp. Despite needing the assistance of his dog to draft the contract, ‘Arry was a dab hand at transfers. He wheeled, he dealed, and he signed some of the finest players in the club’s history – Eyal Berkovic, Paolo Di Canio, John Hartson and more…

Of course, Redknapp had his share of duds – the less we say about Marco Boogers the happier he will be – but every manager does.

When Gold and Sullivan took over West Ham in January 2010 it was with the promise that money would be spent and that it would be done so well. I’ll give them their due, they really delivered on the first part of that promise…

Five managers were each given varying funds to bolster West Ham’s squad:

£250 million spent and what did West Ham have to show for it? One glorious season from Dimitri Payet and am astronomical sick bill for Andy Carroll.

‘The Engineer,’ spending money well and wisely for a decade

While West Ham were frittering away the best part of a quarter of a billion pounds, Pellegrini was spending money of his own (well, Malaga’s, Man City’s, and Hebei China Fortune’s). And he was doing pretty well with his employer’s cheque books.

Pellegrini’s years in Europe showed him to be a savvy transfer operator who improved every squad he managed – and that’s without mentioning that Real Madrid signed Cristiano Ronaldo on his watch.

But Pellegrini left Man City something under something of a cloud – with fans and commentators alike quicker to highlight Eliaquim Mangala than to celebrate Kevin De Bruyne. He hardly covered himself in glory while in China either. Raising the question: Did ‘The Engineer’ still have it in him to build a squad? You bet.

And so to West Ham.

This charming man gets a charming task: rebuild, restore, regenerate

Expectations were difficult to gauge when West Ham hired Pellegrini – did he need to bring them European football, a cup, or simply pull their pants back up from around their ankles?

Whatever the expectations, we all knew there was money for Pellegrini spend. West might have suffered for their move to the London Stadium, but it promised greater financial rewards.

And while Gold and Sullivan may not have had a clear managerial and recruitment strategy, we’ve already seen that they gave their appointments access to the purse strings.

So, this charming man was given a charming task: rebuild, restore, regenerate – put simply, make the West Ham fans love their team again.

Pellegrini’s method for doing this has been threefold:

He sought to change West Ham’s modern history by bringing that most current of notions to its transfer dealings, using joined-up thinking to create a squad with an identity.

Pellegrini ripped up the transfer strategy that had made West Ham one of the Premier League’s great money wasters – gone was the emphasis on British or British-based players, and signings whose prime never came or was already long over the horizon. He changed the profile of the club’s transfer targets to focus on players who were hungry and wanted to be there.

The Engineer looked at the holes in the first 11 and the squad. He filled them with players who were both young and experienced. He looked for balance, value, and development – signings who would improve West Ham.

This strategy led him to sign Felipe Anderson, Issa Diop, Andrii Yarmolenko, and Lukasz Fabianski in his first season at the club. He then followed that up by snapping up Sébastien Haller and Pablo Fornals.

But Pellegrini didn’t simply adopt a cheque book approach to his management. He promoted and developed from within (the West Ham way) where he could, with England enforcer Declan Rice the highest-profile example of this approach.

And while all this happened, The Engineer trimmed the West Ham squad of players who lacked the quality or appetite to take his West Ham forward – Marko Arnautovic, Chicharito, and Cheikhou Kouyaté were sold, while Adrián, James Collins, and Andy Carroll were let go.

Pellegrini was also quick to correct his own mistakes, allowing Lucas Pérez and Samir Nasri to leave when it became clear that the gambles in their capability hadn’t paid off.

How successful has The Engineer’s transfer strategy been?

The 2018/19 Premier League season was only seven games in when the wisdom of Pellegrini’s transfer strategy was publicly applauded. West Ham had just beaten Man Utd 3-1 and José Mourinho bemoaned the incompetence of his defence by highlighting how sage his opponents were in signing Issa Diop.

But Diop was far from the only signing to end the season as a success.

Lukasz Fabianski confirmed himself to be the best goalkeeper outside of the big six – and, frankly, better than every keeper not called Allison, Ederson, or Dave. And Felipe Anderson showed that he is a star who not only shines, but bristles. I’ll get onto Yarmolenko soon.

West Ham finished 2018/19 in 10th place. How did that reflect on Pellegrini? The noises made by fans, club officials, and commentators during the summer were of how high they could climb the following season, not how low they might fall.

2019/20 began with Pellegrini’s team being blown away by Man City – as almost every other team who faces Pep Guardiola’s velvet bulldozers will be until the Spanish genius leaves. But after day one’s evisceration, West Ham have been quietly impressive and that’s in part down to one of the new faces.

Sébastien Haller was linked with Man Utd before joining the Hammers for a club-record £45m. His first five games brought three goals at the same time the Red Devils were failing to average one a game – already Haller looks like he will be topping the list of best forwards signed in the Gold and Sullivan era.

Pablo Fornals has been eased into the side, but his promise is such that Arsenal fans fumed that Unai Emery hadn’t sought his signature.

And Andrii Yarmolenko has been like a brilliant new signing, because, let’s face it, that’s what he really is – his debut campaign was decimated by injury, but he began his first season proper in blistering form.

Every one of the six major signings made by Pellegrini has either succeeded or shown enough promise to suggest they will do. This is because The Engineer has bought hungry players who want to improve both themselves and their team – it’s a sea change from the hacks signed before he joined.

But you shouldn’t be surprised that Manuel Pellegrini has turned West Ham into one of the PL’s shrewdest transfer dealers, it’s what he’s been doing for clubs throughout his career.