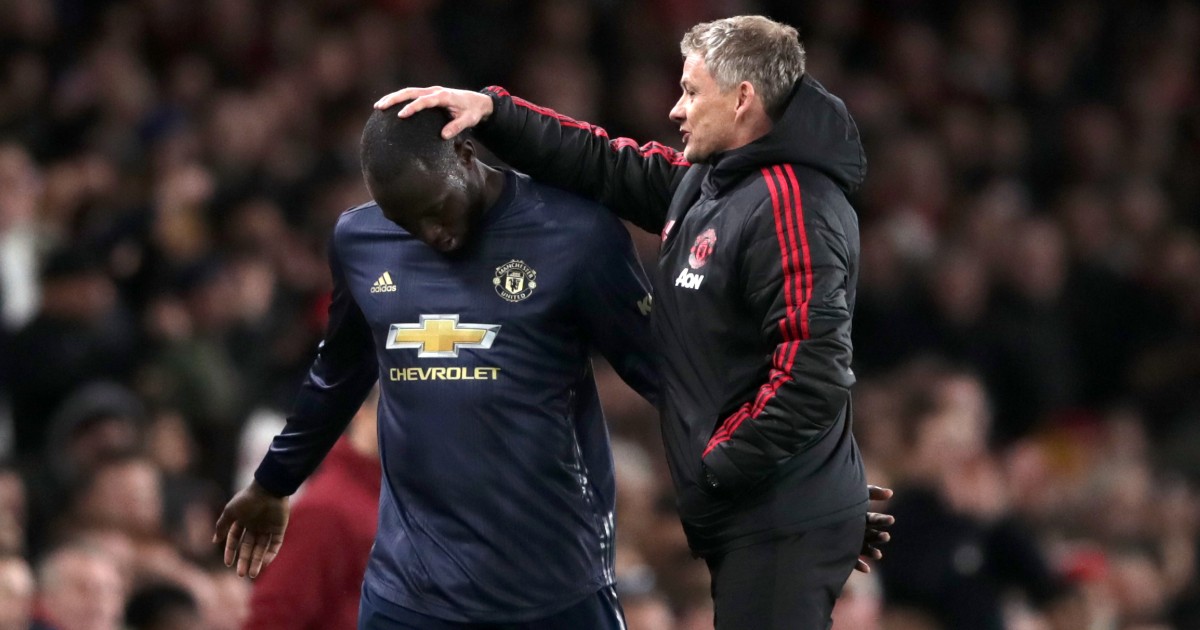 Moving Nicolas Pepe to the left, dropping Romelu Lukaku and Joe Gomez as right-back are some of the changes Ole Gunnar Solskjaer would make.

What would Solskjaer do if he was in charge of the current Arsenal, Chelsea, Liverpool, Manchester City or Tottenham squads? It’s funny you should ask, because in roughly 600 words those hypotheticals will be briefly explored.

Winty wanted an idea from me and this literally could be described as something approaching that. How Mikel Arteta, Thomas Tuchel, Jurgen Klopp, Pep Guardiola and Antonio Conte would manage their Big Six contemporaries will follow shortly.

Arsenal
While refusing to use Arsene Wenger’s old office presents some obvious challenges, Solskjaer benefits from the public support of influential  pundits Ian Wright, Paul Merson, Martin Keown and Glenn Helder. The appointment of Pat Rice as his assistant manager proves particularly popular but assembling a coaching team including Denilson raises a few eyebrows. Given a three-year contract after restoring the club’s values and inspiring them to seventh place after a £200m summer spend, it ends in tears when Nicolas Pepe has enough of being shifted to the left and he seeks to overthrow the hierarchy in protest.

Chelsea
After a quick look at the squad’s statistics, a perturbed Solskjaer immediately drops Reece James for being too good at attacking from right-back, drafting in Cesar Azpilicueta for his leadership and lack of offensive proclivity. Ruben Loftus-Cheek is introduced to the central midfield two for height and Britishness and Chelsea DNA. Still subconsciously carrying the burden of his Manchester United biases, Romelu Lukaku no longer gets a look in under Solskjaer as Timo Werner scoring five offside goals a game becomes The Chelsea Way. Roman Abramovich decides he can really no longer be arsed and decides to sell up.

Liverpool
Trent Alexander-Arnold similarly suffers from Solskjaer’s aversion to attacking full-backs, although Andy Robertson survives because there has to be a Scotsman in there somewhere. The drive to integrate local players takes on a world of its own as the manager accidentally refers to regular starters Nat Phillips as ‘Carra’ and Curtis Jones as ‘Stevie’ in separate press conferences. An ultra-fit player in his mid-30s is crowbarred in at centre-forward with little care as to how that impacts either team or tactics. The fact James Milner has also taken a corner at the Nou Camp before is an added bonus. By the time Solskjaer masters the simple transition from ‘This is Manchester United’ to ‘This Means More’ and ‘This is Anfield’, he is sacked and Divock Origi outlasts another manager.

Manchester City
The need to force a Champions League winner into the team ostracises Ederson in favour of Scott Carson. Solskjaer initially earns favour throughout the squad by replacing meticulous but knackering day-long training sessions with two-hour vibe practice, but the slight tactical downgrade soon becomes an unavoidable issue. Nathan Ake justifies his selection by pointing, shouting and playing really well specifically in games against Leeds. Phil Foden loses his place for failing to name the captain of the 1968 First Division-winning team. The need to counter-attack with wide players means Rodri, Ilkay Gundogan and Bernardo Silva are all sold.

Tottenham
An expensive yet ultimately poor defence; a midfield dripping in ordinary indifference; an attack featuring enough individual brilliance to drag them through on occasion. Tottenham are even content to reach and lose in every possible semi-final as Solskjaer finds his spiritual home in north London. Eric Dier is made captain and continues to be picked despite breaking his leg early into the manager’s tenure after slipping when climbing into the stands. Plans to build a VIP cheese room are revived as Daniel Levy declares that the Norwegian is “at the cheese wheel”. Solskjaer is sacked a week later and replaced by Tim Sherwood