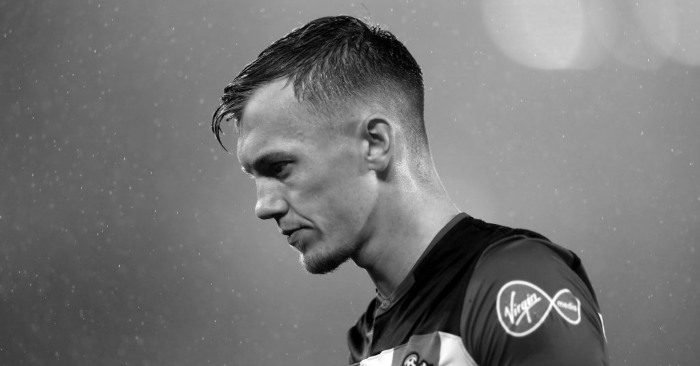 If most people are humiliated at work, it will haunt them, probably knock their confidence, maybe even make them question whether they want to continue doing that job. Throw in the added embarrassment of the defenestration being watched by thousands in the stadium and potentially millions on TV, plus the subsequent discussion and requests for explanations for why it happened, and being on the receiving end of a mega-thrashing can have a profound impact on a footballer.

Spare a thought then for the Southampton players. Last Friday night’s 9-0 demolition by Leicester must have been bad enough at the time, but the aftermath will be extremely tough too. Those goals going in, rain-drenched, will be the last thing some of those players think about before they go to sleep, and the first thing when they wake up.

So how do you recover? The process starts straight away, in the post-match dressing room. “There’s no point the manager ranting and raving, because we all know what’s going on,” says Alan Rogers, who was in the Nottingham Forest team that lost 8-1 to Manchester United in 1999. “He [Ron Atkinson] had a bit of a pop, but you’ve got to move on. The players know. You’ve let everyone down. It did knock confidence quite a lot.

“The next training session, he tried to make it as light-hearted as possible. Just five-a-sides, trying to get the spirit of the squad going again. He came in and said ‘just had a bit of fun.'”

Forest were a bit of a lost cause that season: it was the season of Pierre van Hooijdonk’s strike and they were going down anyway, though performances were half-decent after the United defeat.

These sort of games can wreck careers, though – take Perry Suckling, the man in goal for Crystal Palace the night they lost 9-0 to Liverpool in 1989. According to his teammate Gary O’Reilly that game “basically did for” him, and that’s not even being especially hyperbolic. Not long afterwards Palace made Nigel Martyn England’s first ever £1million goalkeeper, Suckling burst a disc in his back and only played a handful more times for the club, not even afforded the redemption that the rest had when they beat Liverpool in that season’s FA Cup semi-final, watching on as Martyn kept goal.

He came back for a few games a couple of seasons later, one of which was a 4-1 defeat at the hands of Arsenal, the Guardian report for which came with the terminally bleak headline: ‘Sad Suckling made to suffer.’

“I think when you’re a goalkeeper and the ball goes past you into the back of the net it does become very personal,” Suckling said when he joined Spurs as a coach in 2002. “Unfortunately on that occasion it flew past me nine times. But goalkeepers can be easy scapegoats.

“At the time I was only 23 or 24 years of age and wasn’t mentally strong enough. Today I am a lot stronger as a person and if I was still playing I would be stronger as a player.”

It stuck with some other players, too. “After getting to sleep, John Barnes’ wonder goal from a free-kick whizzed past me in a flash and I woke up,” said Palace defender David Burke. “I had to walk around and have a cup of tea. I went back to bed but I was soon up again still dreaming of the seventh goal flashing past me.”

On the other hand, according to O’Reilly that game did have some positive impact. “Out of the carnage of the 9-0 defeat came a team,” he told the Daily Telegraph a few years later. “We were born on the final whistle. There was no other way to go. If you look through that team and the personalities of those players, a lot of them don’t have reverse in the gearbox. A lot of them only want to go one way, and that was the wonderful thing about the Palace team of that time.”

There’s an element of guilt, too. When Wigan lost 9-1 at Tottenham in 2009, captain Mario Melchiot recognised that a few thousand of their fans had travelled a long way to watch the football equivalent of the Red Wedding.

“I called in all the boys and we sat in the dressing room,” he told talkSPORT a few years ago. “I was captain of the team and I said to the guys ‘I’m going to pay back all the money to the fans that travelled with us to come and see the game.’

“I felt bad, because that was not a football game they came to watch. It was like a tennis match. If they wanted to watch tennis they wouldn’t turn up there…All the other players put their hands up and joined in, and every one of us ended up paying the bill back to the fans. It actually helped the morale of the team, it was crucial for us and we ended up being safe.”

Wigan did indeed win their next game, 1-0 over Sunderland, and ultimately survived by six points. Even if they did repeat the humiliation on the final day, when Chelsea hammered them 8-0.

Such cataclysmic results can be a bucket of cold water to the face that a club needs to make changes. Take Arsenal’s 8-2 gubbing at Manchester United: that was three days before the 2011 summer transfer deadline, which is when they embarked on that late trolley dash to sign five players, including Mikel Arteta and Per Mertesacker. Let’s gloss over Andre Santos and Park Chu-young. Also Armand Traore – who was photographed disgracefully SMILING during the game – quietly ushered out in the direction of QPR.

Arsenal presumably knew that their squad needed to be strengthened, but there’s nothing like a defeat so humiliating that the opposition manager wanted his team to ease off a bit, to focus the mind a little.

Southampton don’t have that option just yet, so what should they do? “You’ve got to try and put it to bed as quickly as possible,” says Rogers. “We never even watched the video, because there’s not really any point in sitting down with the analyst and going through, showing us all the mistakes and fuck-ups that we made. You already know. That can have a real detrimental effect because if you’re the one that has made two or three mistakes, your confidence will be completely gone.”

“Face it head on,” Craig Forrest, who was in goal for Ipswich in their 9-0 defeat to United, told The Athletic this week. “Do interviews. Talk about it. And then get to the next game as quickly as you can and put it behind you.

“Overall, you’re pissed off about the whole thing,” he says. “But after all these years now, not at all. I find it quite humorous now. At the time, I didn’t.”

And then, there’s the Sven Method. Mr Eriksson’s final game in charge of Manchester City was an 8-0 hammering at the hands of Middlesbrough, the squad apparently so irked about the Swede’s imminent sacking that frankly, they were not arsed either way as Afonso Alves helped himself to a hat-trick.

Immediately after this game, the team were made to go on a post-season trip to Thailand to satisfy sponsors and then-owner Thaksin Shinawatra. And it was on this trip that Sven delivered the most glorious quote in the history of football, as recounted in Didi Hamman’s autobiography:

‘Sven came over and put the champagne on the table next to me, then placed one glass in front of me and the other by his lounger. I looked up and said, ‘Boss, what are we celebrating?’ I expected him to make the triumphant announcement that he was staying at City.

‘He turned to me and smiled that gentle smile of his and took on the air of a Buddhist philosopher as he said, “Life, Kaiser.” Then, after pausing for dramatic effect, “We are celebrating … life…You know Kaiser, I like this place. I think I will manage for another five years and come back here and live with two women. Yes. I think I need two beautiful women.”

The Totally Football Show can report with great pleasure that Sven confirmed this story to us in an interview last year. He’s currently living back in Sweden. The number of companions he has is unknown.