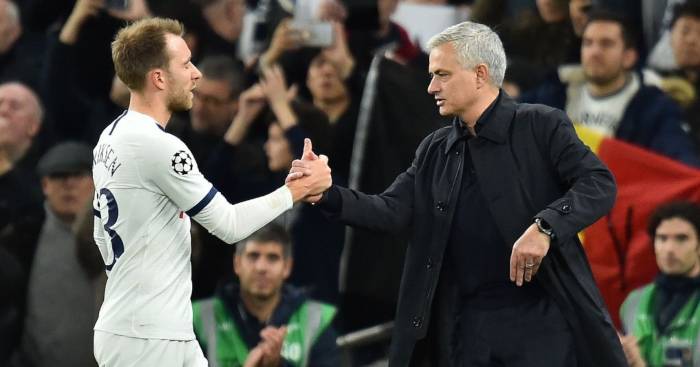 There are two factors that could speed up a deal that would see Bruno Fernandes swap Sporting Lisbon for Tottenham, according to reports.

The Portugal midfielder was heavily linked with a move to the Premier League last summer, with Manchester United and Spurs said to be most keen on the 25-year-old who scored 32 goals and offered 18 assists in all competitions last season.

Fernandes has continued that form into the new campaign, scoring eight goals and laying on another six in 14 league and European matches.

The Daily Mirror comes with news that Fernandes has signed a new contract at Sporting meaning his £65million release clause has now gone up to £85million.

However, local Portuguese TV channel TVI (via Sport Witness) have been talking about Fernandes’ future in Portugal and invited journalist Rui Pedro Braz on to tell them what he knows.

Braz confirmed that Tottenham made a €45m plus bonuses offer for Fernandes in the summer and that they were the only club to make a bid for the Portugal international.

While the journalist then added that there are ‘two situations’ that could help accelerate a move to Tottenham.

Jose Mourinho, who replaced Mauricio Pochettino as Spurs boss last Wednesday, is one factor with his close relationship to agent Jorge Mendes, who has the ‘exclusive’ right to sell Fernandes.

And the contract situation surrounding Christian Eriksen is another factor that could speed things up, with a January exit for the Dane meaning Tottenham will be looking for a replacement.

Braz added that although there is the potential for a move, none of the parties have yet made the ‘first step’.

On signing a new deal, Fernandes told Sporting’s official website: “It’s a pride for me and a recognition of my work; it’s a sign that I’m doing things well.

“I have been trying my best to do what is best for the club. It is for what I did on the pitch, but also showed that I liked Sporting CP and took pride in representing the club I represent.

“For me it is, and always will be, a privilege to be here and be able to wear the Sporting CP jersey.

“You can expect more and better. I promise the same delivery and dedication so we can have more moments of glory as we had last season.”