Home F365 Features How we f***ed it: Re-visiting pre-season predictions 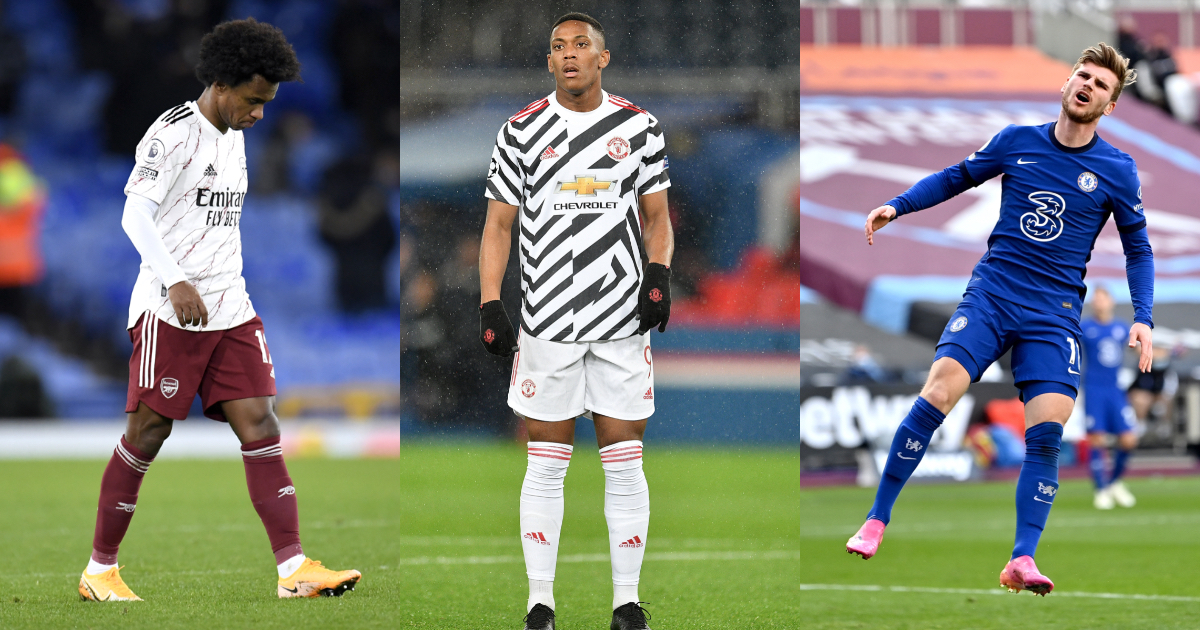 Every year we line up to give our pre-season predictions and every year we hold up our hands and admit we know nothing.

As is traditional, tell me who will win the league.
Three said Manchester City – hats tipped to Matt Stead, Daniel Storey and Will Ford – while four of us fell for Liverpool, though I (Sarah Winterburn) wrote ‘I am not entirely convinced but I remain irrationally annoyed at Man City for last season’. John Nicholson did bizarrely come closer with his traditionally maverick choice of Manchester United, who ended up being bad runners-up but runners-up nonetheless.

And the rest of the top four, in order. Which nobody ever gets right.
Nobody did get this right because nobody looked beyond Liverpool or Manchester City for second. But extra special nonsense points go to Ford, for leaving out United altogether, and myself, for listening to heart over head and including Arsenal instead of Chelsea. To be fair, I would have at least been half-right if Frank Lampard had stayed in charge. Never again, Arsenal, never again. Fool me once, shame on you, fool me 17 times, very much shame on me because I am a dick.

Three picks for relegation please.
There were shouts for Aston Villa, Newcastle, Brighton, Burnley, West Ham and Crystal Palace, but absolutely none for Sheffield United because we are all idiots who decided to ignore that late-season form.

Which club will be a pleasant surprise?
An awful lot of us fell for the Saints and were feeling pretty smug in early November. Not so smug in late May. There were calls for Newcastle (well, they did finish a whole point better off) from Ford and Ian Watson, but Johnny gets the points with this: ‘Would it be a surprise if Leeds United were very entertaining and took a few big scalps? Possibly not but I expect some bonkers bucket-based Bielsa-isation of the Premier League’. Nobody mentioned West Ham.

Who will win the Golden Boot?
Genuinely gutted that this – ‘ Harry Kane. Even though Spurs will finish eighth’ – did not quite come true as it would have rescued an ounce of my reputation but still happy with the Kane call. There were three picks for Pierre-Emerick Aubameyang (silly Dave Tickner, in particular), two for Timo Werner, one for Mo Salah and, well, Daniel Storey – go and look for yourself.

In our defence, the actual answer (Ruben Dias) had not yet signed for Manchester City, but that’s barely an excuse for the inclusions of Allan (Storey) and Abdoulaye Doucoure (Joe Williams). There were three inclusions for Werner; the force was very much strong for that one back in September.

Willian, though? What a dick.

And which one will turn out to be a massive flop?
I am claiming ‘One of Chelsea’s signings will flop and I am inclined towards Kai Havertz just because he has a slightly sulky face’ for the win here. Steady went safe with Anthony Knockaert (Nottingham Forest, to save you the Google) and Storey was sort-of right about Ben Chilwell. Ish. Ford was more right about Nathan Ake, though he is now a flop with a Premier League winner’s medal so who is the fool here? There were calls for James Rodriguez but the jury is very much out on both him and them.

What about this from Williams? ‘He impressed everyone who watched the Championship last season but the weight of expectation could get to him at Villa. He’ll be expected to score at least 10-15 goals to pay back the £28m fee.’

Who will be the biggest bloody bargain?
Nathan Ferguson could have been a contender for Steady if he had actually played a game, while Storey is still waiting for a big club to offer big money for Mohammed Salisu. Several people fell for the free transfer charms of Ryan Fraser and Adam Lallana – both of whom had a negligible effect for their new clubs – while Tickner had something of a mare with this: ‘A right-back who isn’t Serge Aurier is quite literally priceless for Tottenham, which makes £15m for Matt Doherty the best value transfer in history. That’s just maths.’

Who will be named the PFA Player of the Year?
Now we don’t yet know the answer but we can be pretty sure it will not be Sadio Mane or Raheem Sterling. It could yet be Bruno Fernandes or Kevin De Bruyne.

First manager to leave their Premier League job?
It was not David Moyes. And nor was it Dean Smith, Roy Hodgson, Scott Parker or most bafflingly Brendan Rodgers (Tickner). Actually, what is most baffling is that Steady noted that ‘Slaven Bilic has won two of his last 11 Premier League games’ in tipping the Baggies for relegation but somehow did not think that this translated to bad news for Bilic.

Pick the Champions League winner.
Watson, Williams and Tickner could all yet claim the win with Manchester City.

In five words, tell us what you are most excited about this season.
Oh Joe.