Home All The News Howard on best Man Utd team-mate: ‘The toughest son of a b**ch’ 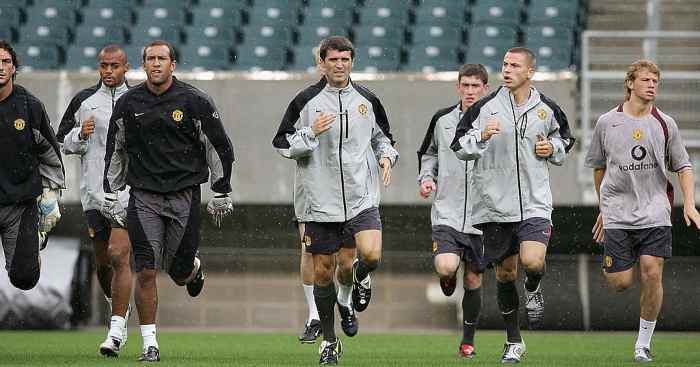 Ex-Manchester United goalkeeper Tim Howard has selected Roy Keane as the best team-mate he has played with.

The former USA international has played with a number of brilliant players during his career at Everton, Colorado Rapids and Man Utd, including Cristiano Ronaldo, Wayne Rooney, Gerard Pique and Ryan Giggs.

But it is Irishman Keane that Howard has picked as the best player he has ever shared a dressing room with.

“I played with so many great players and leaders in my career, but to me, none was better than Roy Keane during my time at Manchester,” Howard told ESPN.

“He was the toughest son of a b**** I ever met. Nothing short of brilliant.

“As a coach, he taught me about resilience. And never giving up on myself. I took so much of what I learned from being around him and used it over the rest of my career, trying to pass it along to the next generation.”

After recently retiring, Howard told ESPN the advice he would give his younger self, he said: “If I could go back to 2003 and that nervous, naive 24-year-old kid on a plane flying to England to play for Manchester United, about to sign with the biggest football club in the world, I’d tell him to buckle up tight.

“It’s going to be one hell of a ride. There will be good days and bad. You’re going to go to some dark places.

“You’re going to wonder if you should give up. People will criticize you for decades on end. But it will all be worth it.”