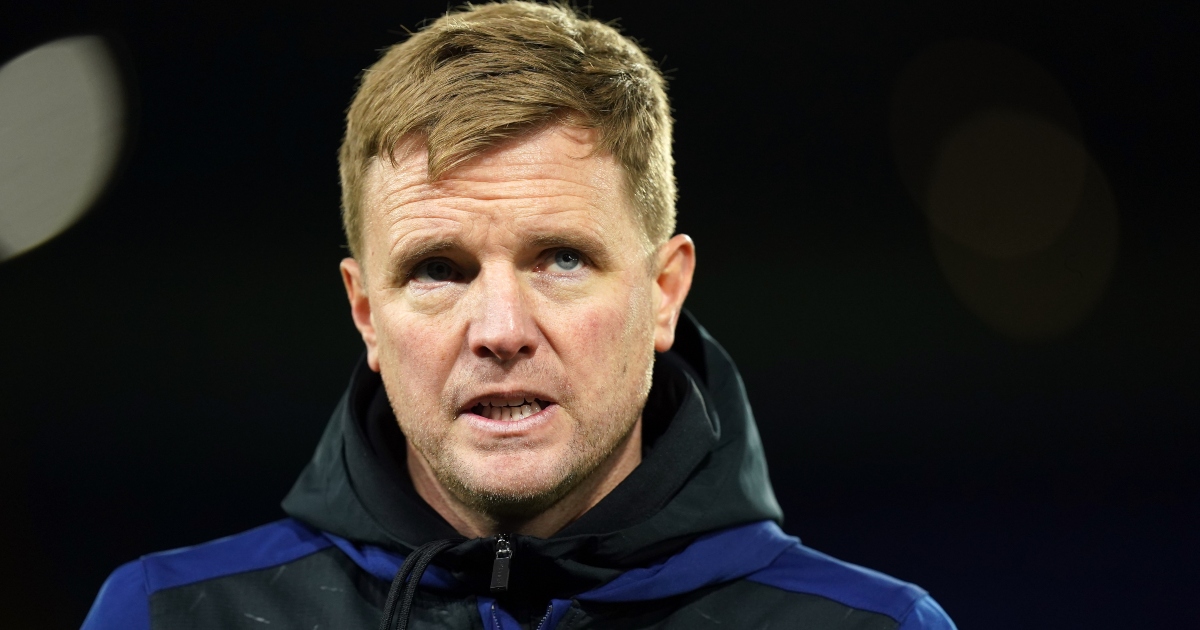 Newcastle manager Eddie Howe has revealed the club are close to making their third signing of the January transfer window.

However, he would not confirm whether or not Lyon midfielder Bruno Guimaraes is the player in question.

Reports suggest Newcastle have agreed a fee of up to £40million with Lyon for the Brazil international, who could undergo a medical later on Friday.

“There’s nothing on individual players but we are hopeful we are getting close to completing a transfer,” Howe said.

“Fingers crossed we’re close to getting one over the line.”

Howe added that Newcastle would remain active in the window, seeking further reinforcements in their fight against relegation having already signed Kieran Trippier and Chris Wood this month.

“From my perspective I don’t imagine that would be the end of our interest in bringing new players in,” he said. “Whether that turns into reality, who knows?

“Things change very late in this window as everybody knows, it can be quite unpredictable in the last couple of days.

🎙 Eddie Howe has been speaking to the media following a week of warm weather training in Jeddah.

“It’s been really good. The weather has been really good and I think the players had a lift from that sunshine which was a big reason behind the trip. The lads have trained well.” pic.twitter.com/3Thl501ieP

“We’re open. We’re working hard to improve the squad. Our biggest aim is to give the team the best chance of staying in the league.”

Howe was speaking from Jeddah in Saudi Arabia, where Newcastle have travelled on a warm-weather training camp which has included meetings with the club’s chairman Yasir Al-Rumayyan and other representatives of the Public Investment Fund.

“I’ve spoken with the chairman, we met him and that was a great experience to hear his thoughts on the club and his vision and how the future looks,” Howe said.

“The players enjoyed that, I enjoyed that and a lot of people around the PIF team have been around here as well so it was a very good experience to bring everybody closer together.”

Elsewhere, Arsenal legend Ray Parlour is hopeful Pierre-Emerick Aubameyang will be given another chance at the club.