"Everything at the club is based around staying in the Premier League." 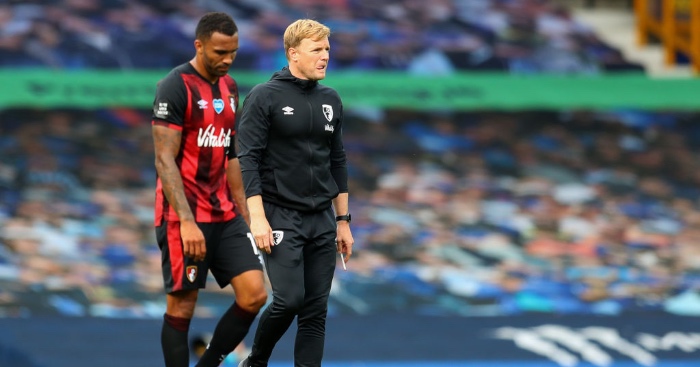 Eddie Howe admits “he’s not been good enough” as manager of Bournemouth, after a 3-1 final day victory over Everton wasn’t enough to save the Cherries from relegation.

Goals from Josh King, Dominic Solanke and Junior Stanislas weren’t enough as Aston Villa got the point they needed at West Ham to keep them in the top flight.

And Howe admits he and Bournemouth must now reflect on the season as they build towards the future.

He said: “It hurts. I’m trying to keep it together, I’m really sad for the fans of this club. They’ve not been here for the last part of the journey and that makes it harder.

“It’s a time for reflection, a time to see what the next step is. Everything at the club is based around staying in the Premier League and I’ll speak to the people that I need to speak to. It’s a very quick turnaround and we have to make the right decisions now.

“It’s small margins, there has been loads of moments during the season, it’s never down to one thing. As the manager I make hundreds of decisions and I haven’t been good enough this season.

“Throughout the season there are ebbs and flows, I’m not going to sit here and criticise the players in any way, I have to back them and support them. First I have to look at myself and that I will do.

“My commitment, I can’t question. It is not down to a lack of effort. I am so sorry for the fans, you never plan not to achieve. I always wanted to bring success to the club and to play an entertaining sort of football, that’s always the aim.”