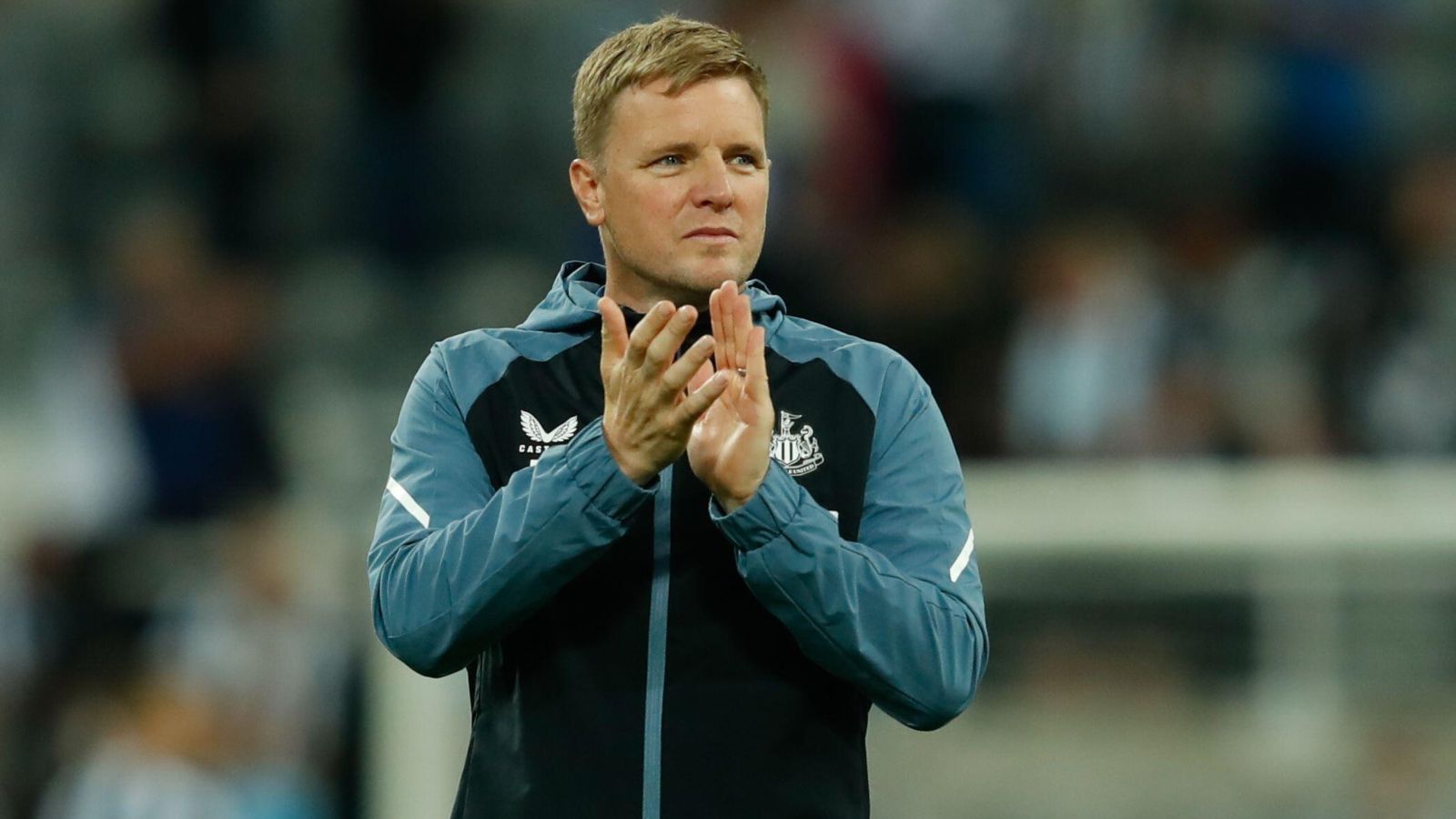 Eddie Howe has revealed he walked into a Newcastle dressing room which “wanted help” when he launched his rescue mission last year.

Howe will celebrate 12 months at the Magpies’ helm on November 8 having lifted the club from seemingly Premier League relegation certainties to unlikely top-four contenders ahead of Sunday’s trip to Southampton.

Asked if he thought the squad he inherited from predecessor Steve Bruce, which he has since boosted with big-money signings, was better than it was given credit for, the 44-year-old head coach replied: “Yes, I did.

“I had that belief internally that we’d got some really good players. I think my first impressions were genuine, a really willing group that wanted to be coached, that wanted help, so I felt that was a really good starting point.”

Howe’s belief is supported by the huge improvement in individual players already on the books at St James’ Park when he arrived, with defender Fabian Schar and midfielder Joelinton, who is suspended this weekend, among those to have played starring roles in his revival.

However, no-one has made bigger strides than 28-year-old Paraguay international Miguel Almiron, who has scored six goals in his last six games, some of them in spectacular fashion, to respond in emphatic style to Manchester City star Jack Grealish’s much-publicised end-of-season barb.

Such has been his impact that he is one of three Newcastle players to be nominated for the Premier League Player of the Month award for October, and it is a measure of his value to the club that one of the others, Bruno Guimaraes, has urged fans via social media to vote for the former Atlanta United player.

“We’re delighted with the ones he has scored and, if you put them together, which a lot of people have, you end up with a show-reel of outstanding goals, really high technical delivery.

“But I get just as much pleasure from seeing his second goal against Fulham, a tap-in in the six-yard box from Joe Willock’s cross. They’re the goals that you’d love our players to be able to deliver every week.”

Almiron capped his scoring exploits with a stunning left-foot strike in last Saturday’s 4-0 win over Aston Villa, but asked to analyse his weaker right foot, Howe said: “I don’t really analyse the weakness of his right foot, I analyse the strength of the left and Miggy’s left is like a wand at the moment.

“Let’s analyse that rather than the other way around.”