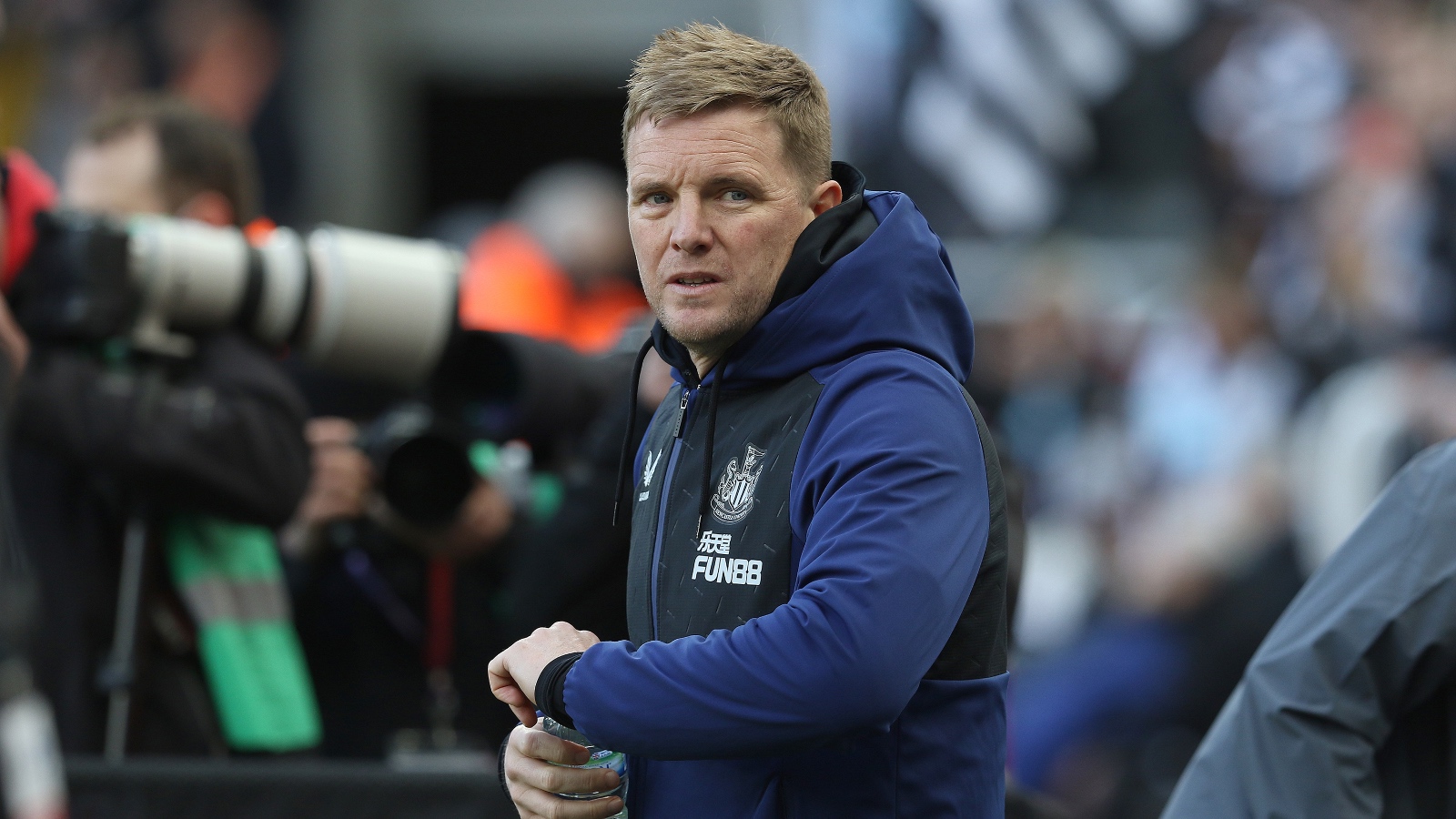 Newcastle boss Eddie Howe has vowed to take a cautious approach with key men Callum Wilson and Kieran Trippier as they prepare to step up their returns from injury.

Striker Wilson, who has been out with an Achilles problem since late December but is back in light training, and full-back Tripper, who fractured a metatarsal in mid-February, are currently at the Magpies’ training camp in Dubai.

Reports have suggested they could return to action at the end of next month, but head coach Howe insists he will not take any risks with either player.

He told the club’s official website: “I’d say they’re on schedule from where they were given their respective injuries, but I wouldn’t say necessarily ahead of schedule.

“They’re both serious injuries, both enough to obviously be operated on and go through a very intense rehab period.

“Callum’s injury, you have to be very careful with, that we don’t push him back too quickly and he ends up injuring himself again because the Achilles/calf is a very delicate area of the body and you need to make sure it’s robust enough to withstand heavy load.

“Kieran’s is slightly different. [It’s] a bone injury and I think, touch wood, if he can come through the early stages of coming out in his boots and then progressing quite quickly, he’s one we could see back in action hopefully pretty soon.

“But with both injuries, I do think we have to be very cautious. We don’t want to re-injure the player.”

Despite his absence and Newcastle’s recent improvement, Wilson remains the team’s leading scorer this season with six goals, while Trippier – who is still on crutches – had been hugely impressive in his first five appearances for the club following a £12million January switch from Atletico Madrid.

The England defender’s introduction helped to instil a new confidence in the squad which saw them take 10 points from the first 12 they contested in the immediate aftermath of his injury, and although they have lost their last two games, they remain nine points clear of the relegation zone with nine fixtures to play.