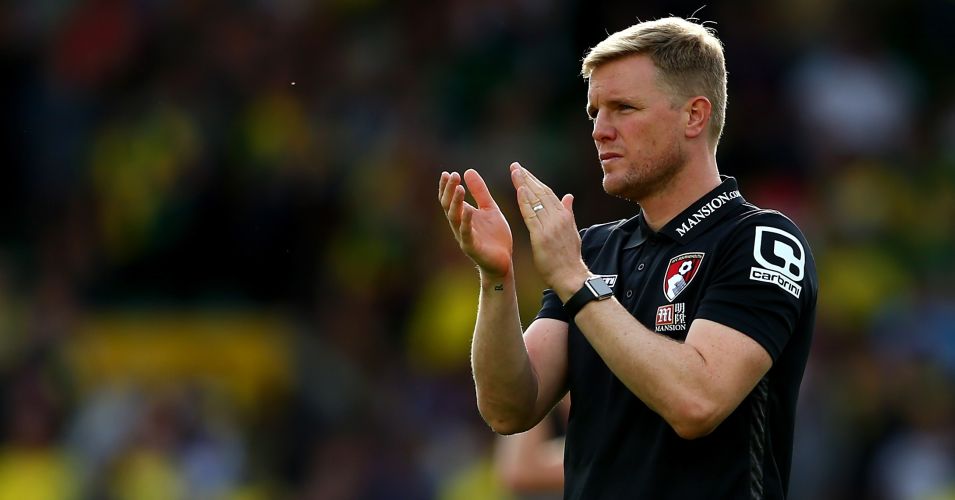 Eddie Howe has extended his contract at Bournemouth to reflect his efforts in securing promotion to the Premier League.

The 37-year-old was already committed to the club for the coming two-and-a-half years, but has negotiated a lengthier stay – believed to be until 2020 – after a clause in his previous contract was activated by their recent promotion.

As well as providing Howe with a rare – by Premier League managerial standards – job security, the development also represents a significant coup for Bournemouth, given their highly-rated former defender is widely considered a potential England manager.

In two separate reigns at the club, Howe has guided them from near-financial ruin to their first ever appearance in the Premier League and, in the context of modern football, has inspired a promising start to the season despite several serious injuries to significant players and a relatively modest budget.

“Eddie’s contract had a clause in it which meant that we would re-negotiate after promotion to the Premier League,” chief executive Neill Blake told the club’s official website.

“Rather than negotiate immediately in May, Eddie, (owner) Maxim (Denim) and I all felt that it was more appropriate to concentrate on preparations for the club’s first season in the top flight.

“Once we found the opportunity to address Eddie’s deal, the negotiations proved quick and easy and we are absolutely delighted with the outcome.

“Eddie and his management team have given the town a football club to be proud of and laid the foundations to make sure that is the case for many years to come.

“Maxim and I have total faith in Eddie and share his vision for progress and plans for the future, which we are all very excited about.”