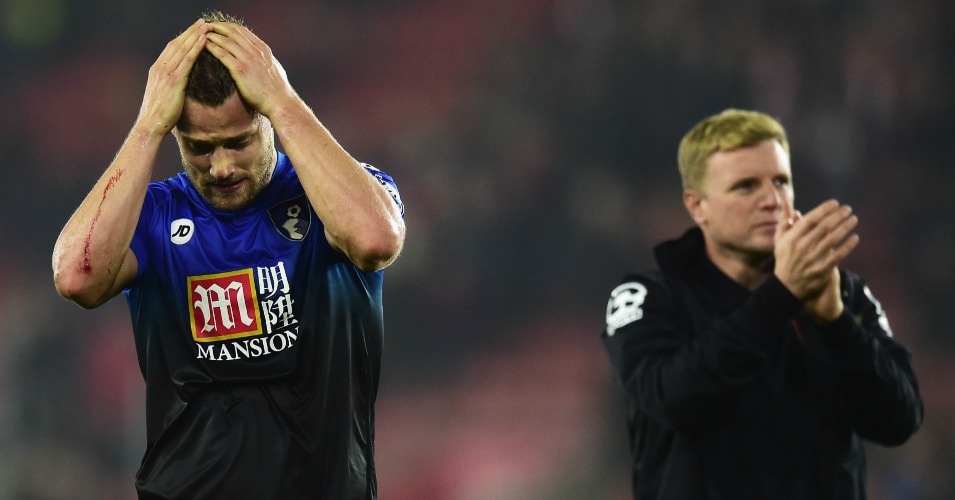 Eddie Howe admits that Bournemouth put their fans through a horror show in the first half at Southampton.

The Cherries were 2-0 down at half-time and barely managed to string two passes together.

“I have to compliment our fans. It must have been difficult for them to watch that first half. But they stayed with us. They will be very important to us in the ‘them versus us’ siege mentality that lies ahead,” said Howe.

“We weren’t where we wanted to be in the first half but we responded well in the second half. We didn’t have the cutting edge to score though.

“The second half was everything we wanted the first half to be, but unfortunately it really was a game of two halves for us. Well off the pace in the first half, when Southampton played really well and they made it very difficult for us to get close to them.

“And it was a total reverse in the second half, with the only thing missing from our performance being the goals.”

Bournemouth dominated after the break as they went in search of a goal to get them back into the contest, helped by Howe’s half-time introduction of Junior Stanislas and Josh King.