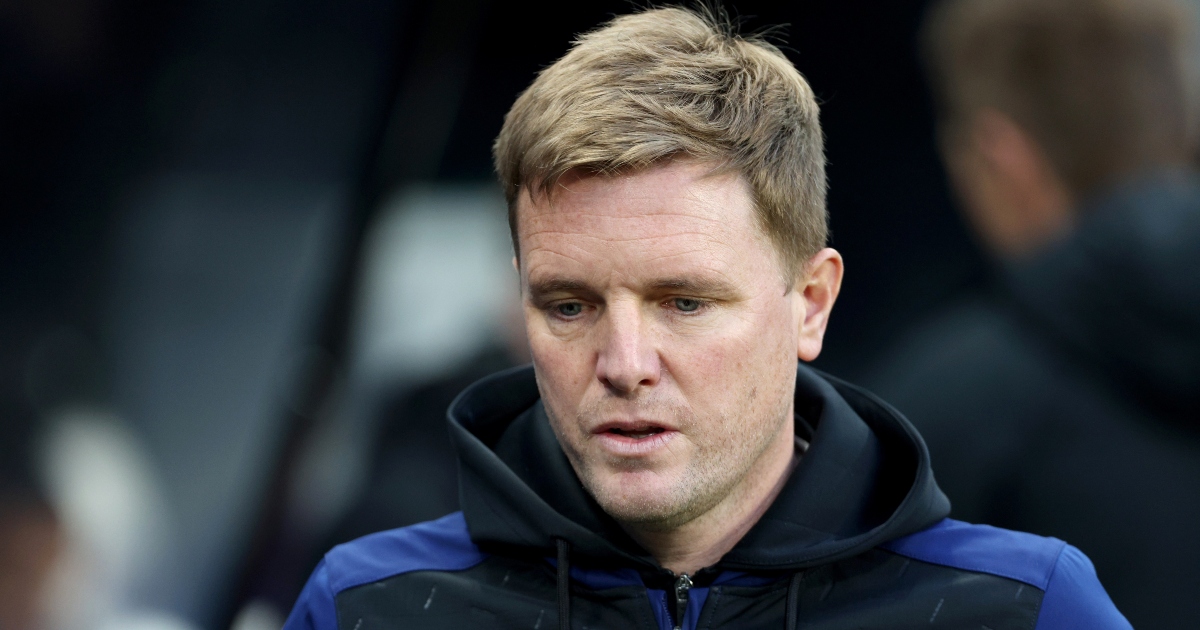 Newcastle manager Eddie Howe has been left feeling frustrated after failing to bring in any new signings this week.

The club brought in Kieran Trippier early in the window before forward Chris Wood joined for £25 million from relegation rivals Burnley.

It was thought that Sevilla defender Diego Carlos would be the next player through the door after the player himself requested to leave the Spanish side.

There have been reports throughout the week that a deal was close but it looks increasingly unlikely that Howe will be able to call upon the defender for this weekend’s crunch clash with Leeds.

Manchester United midfielder Jesse Lingard has also been linked, but a deal doesn’t appear to be close.

Speaking ahead of the clash at Elland Road on Saturday afternoon, Howe said: “It’s been frustrating in the transfer market. We know we are against a deadline and we’re desperately trying to improve the squad.

“It has been a fruitless search this week.”

Asked why he thought it had been a tough week for the club in terms of recruitment, the Newcastle boss admitted: “I think there is a difficult combination this January.

“When you add Covid to the mix and a reluctance from clubs to lose players just in case there’s an outbreak at their club, you add that to the mix.

“January is already notoriously difficult to bring in the right players.

“I am sure the takeover has elevated people’s expectations on what Newcastle can pay other clubs.

“And add that all together it’s been a very difficult window for everybody so far.

“More so when you are in our position and you are keen to change the dynamics of certain situations.

The former-Bournemouth boss also revealed what type of player he is looking to bring into Newcastle.

“Positivity, leadership, winning mentality – you have to try and bring those types of characters into the group. If you’re bringing the opposite to that, the dynamics of the group can change in a negative way…they have to be the right new players.”

Whilst it has been a tough week, Howe is hopeful the Magpies can take advantage of the usual chaos that comes with the end of the transfer window.

“Usually, late in the window, you’ll probably get a flurry of things done late in the day. You never quite know from year to year how that’s going to unfold this year but, certainly, we’ll be trying to add to the squad right ’till the last day.”