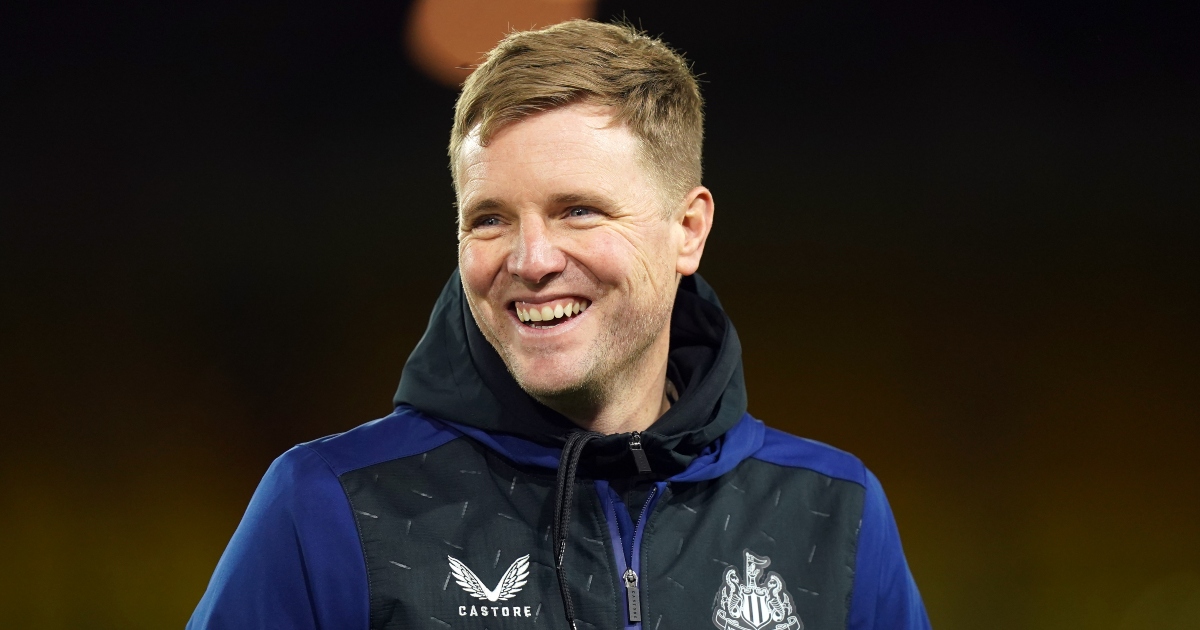 Eddie Howe praised his side as they produced a crucial win to beat Leeds at Elland Road and hopes to use it as a ‘turning point’ in their season.

Jonjo Shelvey fired home in the second-half to give the Magpies just their second win of the season and move them one point from safety.

Speaking after the win to BBC Sport, Howe said: “It was a massive win for us. I thought we played very well today.

“First half was a bit cagey. Second half we played really well, we defended well. We became a real counter threat the longer the game went on.

“Martin Dubravka played really well today. He made the save, commanded his box, took crosses. I thought our second half performance was really, really good. Chris Wood also gave us a platform as well from the central position. His workrate was tireless.

“All our subs performed really well today. The intensity of that match, whenever you play Leeds you know it will be end to end. Physically we suffered a bit.

“Yeah hanging on at the end is something we haven’t done very well this season so that is a big psychological barrier we are hopefully on our way to overcome. I didn’t feel we would concede today.

“We hope to use it as a turning point in our season, we need to, we need more wins so fingers crossed.”

Newcastle’s hero on the day, Shelvey, added: “Massive. We knew we had to come and win today as Norwich won last night. Credit to the lads.

“I knew I had to go across goal. I think the keeper gave it a bit of help but a goal is a goal and I’ll take it.

“This is a difficult place to come and play football because Leeds are constantly on the move but everyone battled for the shirt.

“We have been working to see games out, we know we can create chances and score goals so it was just about seeing games out.

“We have never had any doubts, everyone is in this together.

“We will keep going and we believe we have enough to stay up.”