Home All The News Howe impressed with second half despite defeat 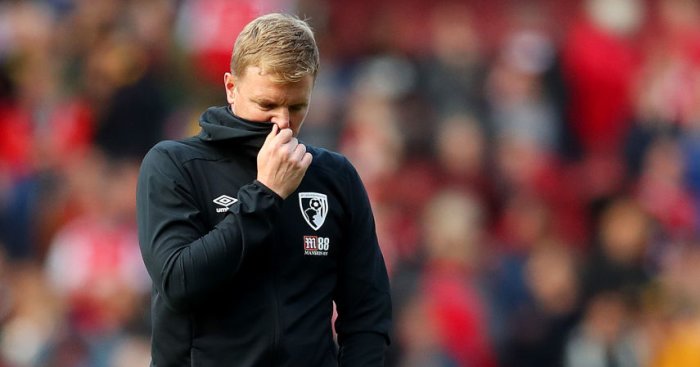 Eddie Howe believed that Bournemouth deserved a point from their game against Arsenal, which ended as a 1-0 defeat.

Bournemouth couldn’t bounce back from David Luiz’s early opener, as the Cherries drew a blank in front of goal for the first time in the league this season.

Largely echoing the thoughts of opposition manager Unai Emery, Howe told BBC Sport that he saw a great contrast between the performances in the two halves.

“I’m disappointed with the first half, we were a little bit too passive and didn’t dominate our style on them,” said Howe.

“We were second best for long periods. But you saw the other side in the second half, as bad as we were in the first half, we were good in the second.

“We dominated possession and deserved a point, we did well enough and had good enough chances.

“It didn’t quite happen but I’m pleased with the reaction to the first half.”