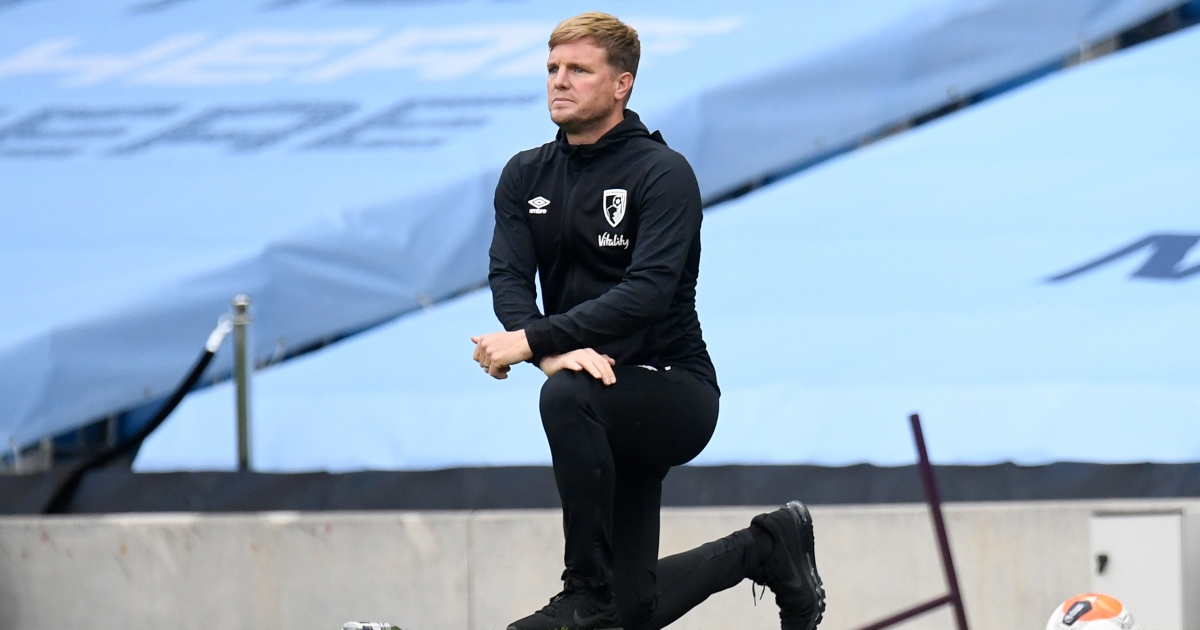 Former Bournemouth manager Eddie Howe is ‘in discussions’ to replace Steve Bruce at Newcastle United, according to reports.

The 43-year-old has been out of management since leaving the Cherries following their relegation to the Championship in 2019/20.

He was linked with the Celtic job in the summer, as well as posts at Sheffield United and Crystal Palace.

Bruce, OGS can’t be protected for much longer on United fronts

His name has often been put in the fray when discussing the Newcastle job, but he has never been a frontrunner to replace Bruce.

However, the Mirror claim that Howe has emerged as a surprise name and is ‘in discussions’ with the Magpies.

The report also states that Paolo Fonseca, Frank Lampard, Lucien Favre and Steven Gerrard are in the mix, with the latter being ‘highly rated by the Newcastle hierarchy’.

Also, reports claim Bruce is likely to be sacked in the ‘near future’ after the Magpies took their winless run in the Premier League this season to eight matches on Sunday.

Newcastle lost 3-2 to Tottenham in a scoreline which flattered the home side to pile more pressure on the former Sunderland boss.

The 60-year-old’s time at St James’ has been difficult. His relationship with the fans has been rocky, to say the least, due to the negative style of football his team plays.

Having said that, he guided the Toon to a 12th place finish last season, despite looking in a precarious position for the majority of 2020/21.

Another surprise name who has been linked with the hot seat at St James’ Park is Derby County boss Wayne Rooney.

This is according to SportBible. They claim that Rooney would come in on a short-term basis to ‘help’ out if Bruce is relieved of his duties.