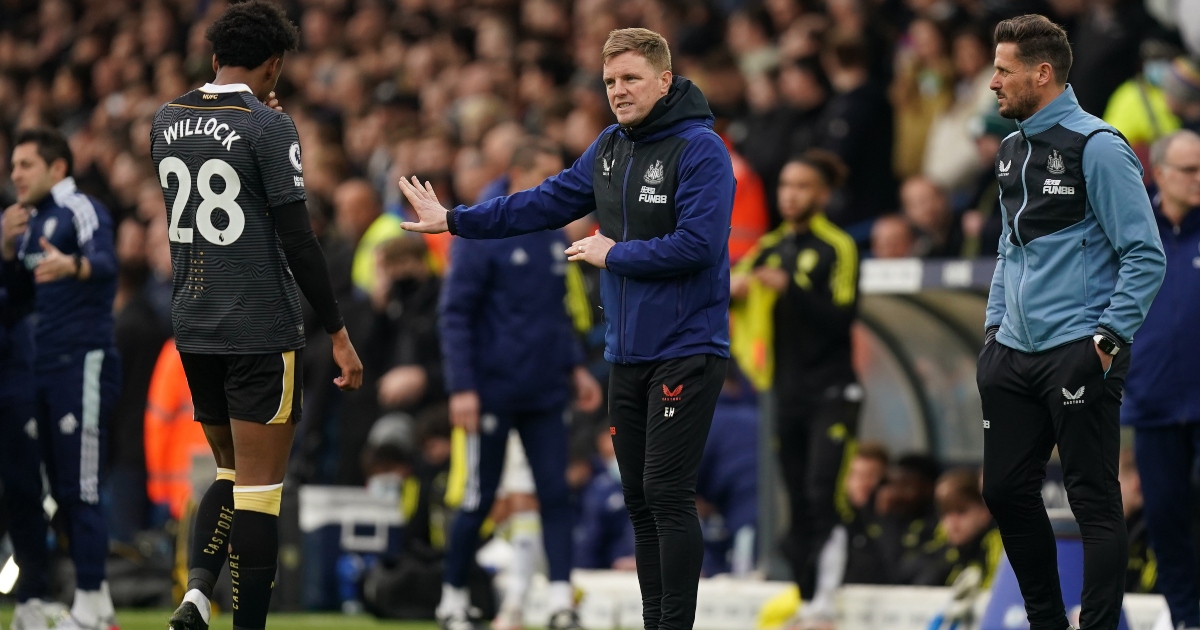 Newcastle boss Eddie Howe was thrilled for Joe Willock after the young midfielder scored his first goal of the season against West Ham.

The Magpies and Hammers played out a 1-1 draw at the London Stadium after Willock’s close-range goal ruled out Craig Dawson’s header.

Early winner: Eddie Howe and a masterclass in crisis management

It was another positive performance for the Geordies – who are now unbeaten in their last six games – as they continue their resurgence under Howe.

The former Bournemouth boss told Match of the Day: “It was a really good performance for us. A tough ground, we started really well, put them under pressure, got a lot of balls in their box and were disappointed to only get one goal really. West Ham are a top team so are always in the game.

“We deserved it in the opening 45 minutes and it was a great goal for us, we are disappointed with the one we conceded because we know all abot their set-piece threat.”

On Willock: “It is very important for him personally and the team, he is a goalscorer, he is a key player for us, it has been coming. His performances have improved week on week – hopefully that is the first of many as our midfield probably hasn’t continbuted enough.”

Allan Saint-Maximin missed the draw through injury and Newcastle will perhaps believe that they could have won with the Frenchman available.

Howe continued: “He got a kick on his calf last week and it was too sore to play today – it was a late call, we hoped he might make the game but he didn’t.

“It gives us more confidence, you saw a resilience, fighting spirit, and a really good mentality from the group – all positives from our perspective but we have to keep showing up and bringing those qualities.

“The unity has been there from day one, the confidence is growing and improving and will only continue on the back of performances like this one.”