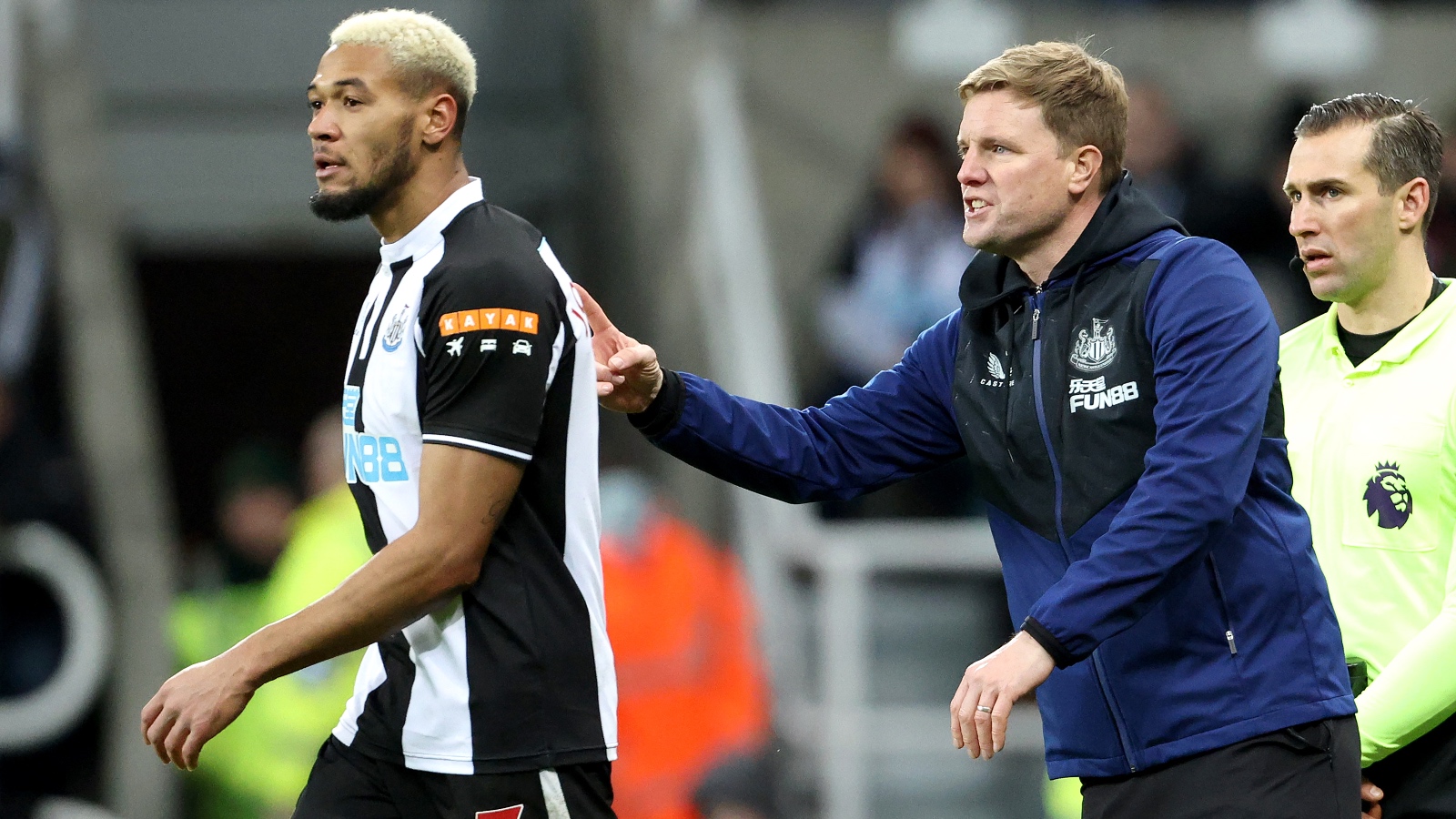 Eddie Howe has revealed that he would prefer it if Newcastle’s targets remained “internal” after midfielder Joelinton leaked their aim to achieve European football next season.

Newcastle have undergone a rapid transformation since the appointment of Howe in November, fighting their way out of the relegation zone and into safety. They could yet secure a top-half finish, needing a win against Burnley on Sunday to stand a chance.

Given the financial muscle of their Saudi owners and the upwards trajectory of their performances on the pitch, many Newcastle fans have already set their sights on a push for the top seven next season, which would guarantee qualification for a European competition.

League One play-off: Sunderland make it look easy after years of having made it look so hard

According to Joelinton, the squad have set themselves this goal, with the Brazilian having told the Mirror that they will fight to achieve European football next season.

Howe, though, was disappointed that the target had been leaked to the public, with the Newcastle boss not wanting to place “an unnecessary burden” on his players going into next season.

“Joe is a good guy and he is positive and optimistic,” he said. “And I think we should be. I have no issue with that and I want my squad to be confident and ambitious.

“They have to believe in big things and we have to set targets internally. I would rather these things stay internal than external because we have to also manage expectations. We don’t want to play under an unnecessary burden or unnecessary pressure that hampers our performance. I would prefer to keep things in-house.”

He continued: “I’d love to do well in the cup competitions. We will take them seriously next year and we will love to do well with them. Improvement is key, and I know that’s not a line you necessarily want to hear, you want to hear a headline answer, but I can’t give you that.

“We took over a team that was in a really difficult position, January was important and we’ve improved the squad, we need to improve the squad again, we can’t stand still. But we’re competing in a league that is so difficult, we have no divine right to finish above anybody. We have to earn that.”