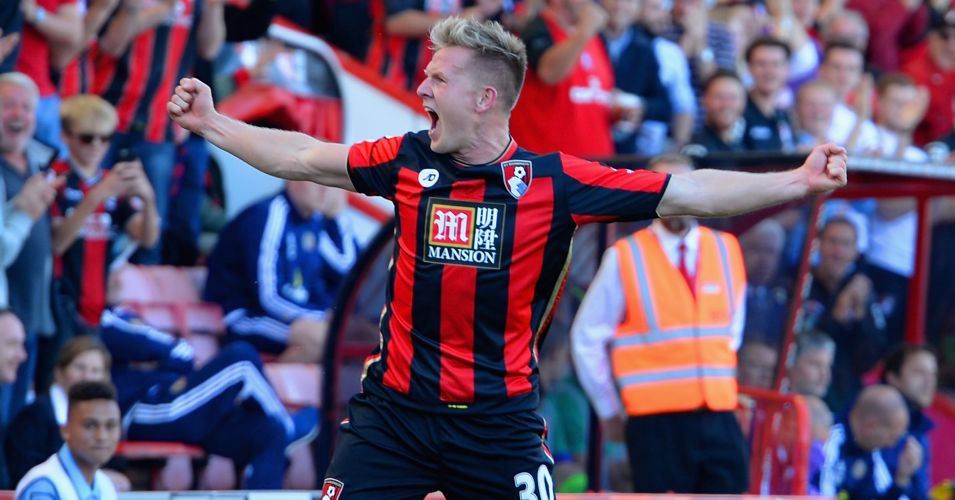 Eddie Howe insists Bournemouth have no intention of selling Matt Ritchie despite the winger being linked with a host of clubs.

Manchester United are among the clubs said to have been watching Ritchie, who has begun the Cherries’ maiden season in the Premier League in fine style.

Howe insisted that Bournemouth have no need to sell and will instead be looking to add to their squad in January, although he says there will be no panic buys.

“Matt is a good player, it is not really a surprise to me that he is linked with the top clubs,” Howe said.

“I think Matt Ritchie playing well is a threat to anybody but I think when any of our players get linked it is not welcomed by us, we are not a selling club and we certainly want to keep the team together, and add to it in January rather than the other way.”

He added: “It’s never been our way of working to make snap decisions or react without due thought and attention to every penny that we spend and if the players aren’t available then we are going to walk away and work with the players we have, that’s always been our way.”

Ahead of the clash with Swansea on Saturday, Howe has vowed not to panic and change his style of football despite four straight defeats in the Premier League.

The Cherries, who have been hit hard by injuries, have not won since beating Sunderland at the end of September and slipped into the bottom three after losing at home to Newcastle before the international break.

But Howe is determined to stick by his principles of an expansive game, insisting that an about turn now may do more harm than good.

“For one, we have players who are very good technically, and that have been used to working for three years with me and to suddenly wake up one day and say we are going to change things totally wouldn’t be beneficial.

“And also when you’re working and telling players to improve and work and to learn one way of playing to suddenly throw that in the bin and learn another way of playing it undoes all the hard work you have done.”

“The only way for us is to work harder and to improve on what we are delivering and that is in all aspects of our play. That’s what we have always done. The challenge is greater than it has ever been.”

The Cherries head to the Liberty Stadium on Saturday where they face a side who have been inconsistent so far this season, only winning once since August.

Bournemouth have only won one in the last six meetings with Swansea, but Howe is looking forward to travelling to south Wales. The last time the sides met was in League One when the Swans were promoted to the Championship and the Cherries were relegated to League Two in 2007-08.

“Going to Swansea is going to be a really good test for us, I think they’re still a very good side, certainly from the games we watched,” Howe said.

“Their story very much mirrors ours in terms of their journey from League 2 into the Premier League and they have done it in real style.”