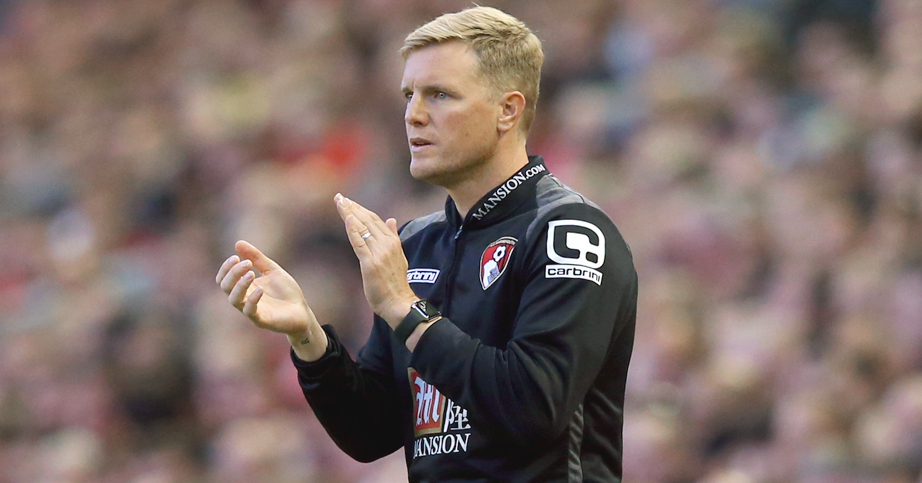 The Cherries registered their biggest-ever Premier League away win in thrashing 10-man Watford 4-0 at Vicarage Road, moving as high as fifth in the table on Saturday night. Perhaps their era of inconsistency really is over?

Bournemouth now boast 16 points from eight matches – when last term it took them twice as many matches to reach the same tally.

Norway striker King bagged a brace at Watford to make it four goals in eight league games this term, with boss Howe backing the 26-year-old to sustain his current fine form.

“His goal from open play pleased me the most, it was a great ball from Callum (Wilson) and a really good header from Josh.

“I thought we counter-attacked well too; we were incisive and efficient rather than totally dominant.”

Watford had Christian Kabasele sent off for two bookable offences – the second for fouling King for the penalty, and the first for elbowing Asmir Begovic in the face.

Bournemouth’s aggressive pressing and crisp passing – despite pelting rain and a sodden pitch – underscored further progress for Howe’s sharp side.

Wales forward Brooks impressed again, while Wilson linked up well with King and offered astute movement off the ball.

Goalkeeper Begovic and veteran former England striker Jermain Defoe both adopted a “why not” approach in pre-season when asked if Bournemouth could chase European qualification this term.

Howe remains as phlegmatic as ever despite his side’s fine form, opting instead to praise a defensively-robust showing in securing a clean sheet on the road.

“We were very good in both boxes. Nathan Ake was good as well, and the defending in our box in general was very strong,” said Howe.

“I would say that we have played better than that, but we’re certainly very pleased with that result and our position off the back of it.

“Both centre-halves were dominant and Jefferson Lerma did a good defensive job in front of them; I’m really pleased with their work.”