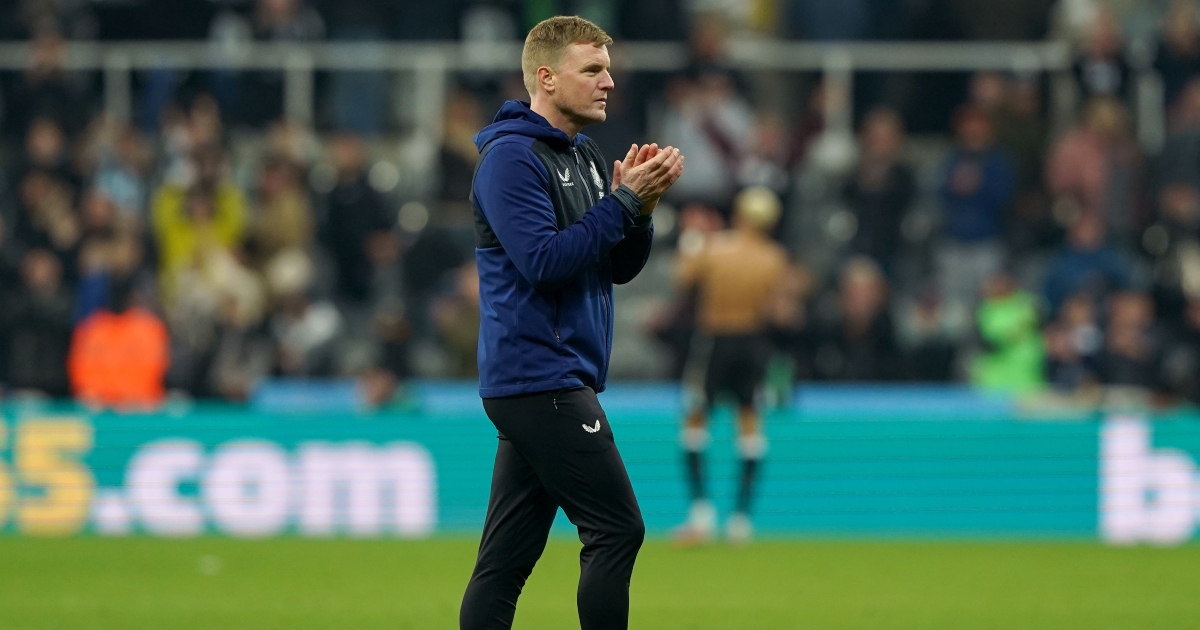 Newcastle manager Eddie Howe has picked out a ‘few things’ his side need to improve on after dropping points late on against Watford.

The Magpies went into the game knowing a win would lift them out of the relegation zone and above their opposition on Saturday afternoon.

Howe’s side took a lead in the second-half as Allan Saint-Maximin fired home. Watford fought back and levelled in the final few minutes as Joao Pedro headed home.

The results marks a run if games this season where Howe’s side have conceded late and dropped valuable points and the Newcastle boss knows they must improve.

Speaking after the fixture, Howe said: “Hugely disappointing because we were so close. I thought we dominated the first half. The start of the second half we got the goal and then were probably content, not intentionally, of seeing the game out and we were close.

“I think the players were so desperate to win that they went into a little bit of protection mode and didn’t want to take too many risks. That brings the opposition into the game and Watford had their best period. We were within touching distance of a really important win which we obviously didn’t get.

“There’s a few things. We need the second goal and need to keep believing it’s not over to get more goals. We need to manage the game better in the last phase. I think we invited it on ourselves.

“Chris Wood did well. He competed and gave us a different dynamic. I thought he was a little bit isolated towards the end of the game so we need to look at that.

“We can’t be satisfied but that’s what we have got. We need to get ready for another massive game next week. We saw it is a big opportunity before the game. Conceding goals late and dropping points has been a common theme this season so it’s definitely something we need to work on.”

Newcastle now find themselves below Norwich, who beat Everton on Saturday afternoon, but have leaped above Burnley with the point.