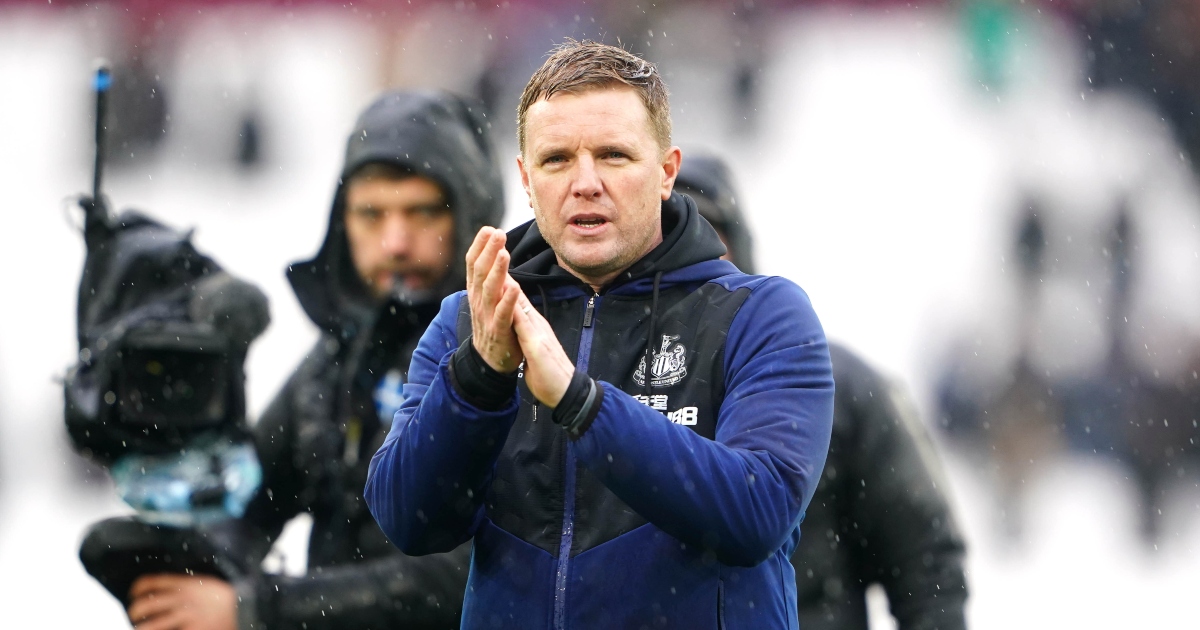 Newcastle boss Eddie Howe will make a late call on the availability of Allan Saint-Maximin ahead of their clash with Brentford on Saturday afternoon.

The French winger missed the 1-1 draw with West Ham last weekend but Howe has admitted he could be available for their trip to take on Thomas Frank’s side.

Ranking the assorted names and sponsors of the League Cup

“We’re going to make a late call on him – he’s been away getting intensive treatment. We said when he suffered the injury, it wouldn’t be long-term so we’re keeping our fingers crossed on him.”

Newcastle have been in good form in recent weeks but still find themselves in a relegations battle and Howe is urging his side to focus on their own fixtures, rather than their rivals.

“No team down the bottom will give up – it’s going to go right to the end of the season. We have to take care of our own business and that’s consistently winning games or getting points to try and elevate ourselves from danger.

“”The [transfer] window enabled us to add some very good people to the group but I do think the players we’ve had have progressed through the weeks and improved. Put that mix together and it’s been a powerful one for us.”

“No team down the bottom will give up – it’s going to go right to the end of the season. We have to take care of our own business and that’s consistently winning games or getting points to try and elevate ourselves from danger.” pic.twitter.com/2oFDskOlbc

Newcastle’s big-money January signing Bruno Guimaraes is yet to make his first start for the Magpies and whilst Howe was quick to praise the Brazilian, he refused to confirm if he would start on Saturday.

“Bruno is keen to play and show what he can do to help the team. He’s trained very, very well and, mentally, he is in a good place. He understands the team has been performing well. The chemistry in the midfield has been very good.

“He’s an intelligent player and I think he understands his position. We also know what’s on the horizon – we have a lot of games to come. The fixture congestion will be packed as the season unfolds so he will have a lot of opportunities to cement his place in the team.”

Whilst Guimaraes is yet to start for Howe’s side, fellow January signing’s Dan Burn and Matt Targett have become integral parts of Newcastle’s run of good form and the Magpies boss was quick to praise how they have fitted in.

“Dan has fitted in really well, as has Matt on that left-hand side of our defence. Dan has used the ball really well. He’s been composed, talked well and has leadership qualities.

“Both have taken to what we’ve asked them to do excellently. They have defended very well first and foremost. They have really helped our team and I’ve been really pleased with both.”