Home Uncategorized Howe on why he believes Defoe will come good 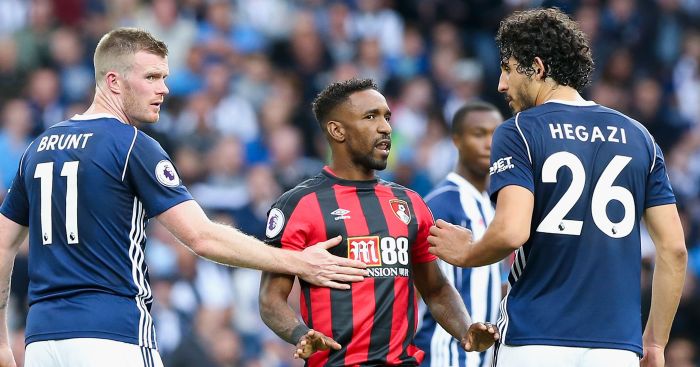 Jermain Defoe will play a pivotal role in propelling Bournemouth up the Premier League table, according to manager Eddie Howe.

Defoe has struck just one goal in nine appearances this term since his summer move from Sunderland, and took a seat on the bench in the Cherries’ 1-0 loss against his former club Tottenham at Wembley last weekend.

Howe insists Defoe remains central to his plans this term, however, starting with Saturday’s trip to Stoke.

“Jermain’s going to be a big player for us this season; he’s going to have many uses, and sometimes that will be from the bench,” Howe said of the 35-year-old.

“We changed things tactically at Spurs and it worked very well.

“Jermain’s a key part of our squad this season. Even when he came on at Tottenham we noted how bright he looked. He will score goals in this team.

“I think there is an element of managing his workload. The front players, the explosive sprinters, you have to make sure they are fresh going into games.

“And we’re lucky where we have a pool of strikers to pick from; when Callum Wilson comes back after his knee injury we’ll have five outstanding strikers who would all say they deserve to start.”