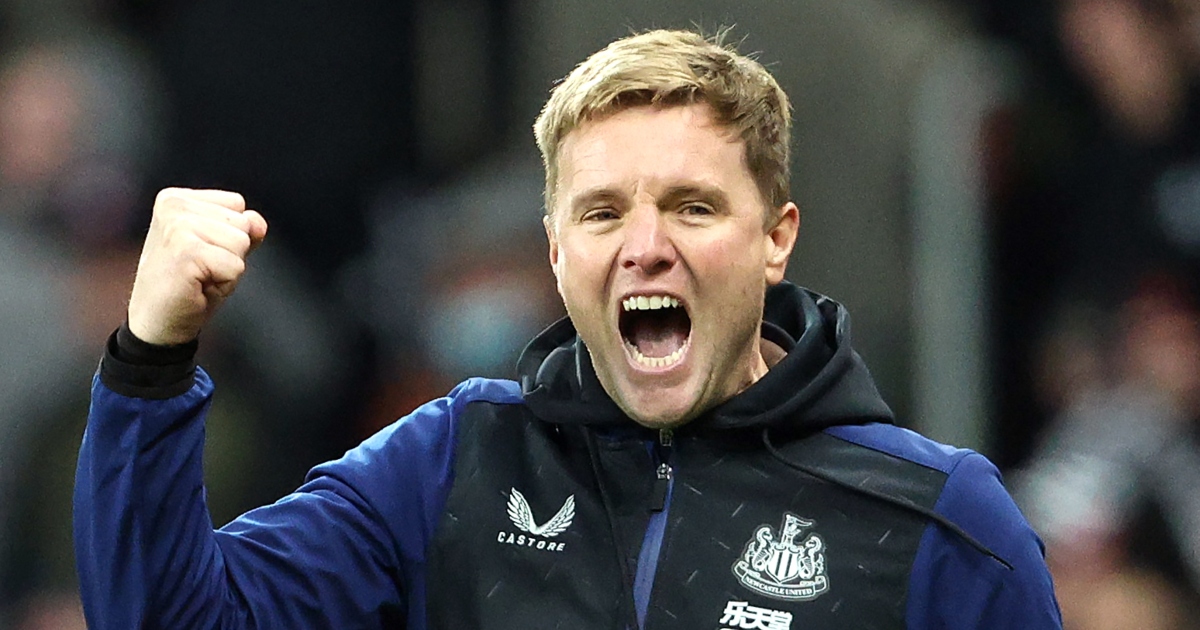 Eddie Howe is delighted that his Newcastle side were able to secure their first Premier League win of the season against Burnley on Saturday afternoon.

Callum Wilson’s first-half strike was enough to secure the win, moving the Magpies off the bottom of the league on goal difference.

Howe admitted it was a nervy ending for the club to grab a win they were desperate for.

Agbonlahor only the latest to use the tired Newcastle tropes

Speaking to BBC Sport, the ex-Bournemouth boss said: “Absolutely delighted for everyone connected with the club. It was a massive game for us and I thought the lads responded. After the first 20 mins we were great today.

“Very nervy towards the end as we were desperate for the win. The players managed that part really well. The spirit in the group has shown and the atmosphere was exceptional. I can’t praise the supporters enough.

“We have tried to bring our philosophy to the team. To be front foot and be more aggressive. We have technical players and athletes. Confidence is a key in any sport and we have lacked that. But today goes a long way to rebuilding that.”

Wilson, who played under Howe at Bournemouth, was the hero but the Newcastle boss admitted he will have to balance his game time to keep him fit.

“It was a delicate one this week with three game in a week and keeping him [Callum Wilson] fit but he was excellent today. His finish for the goal was high class. He will be vital for us. We will need him before now and the end of the season.

“The fixture list doesn’t look kind. But we can only tick them off one at a time. Historically we have said you need to take points off the top teams and that will be the task in December. January [transfer window] will be important but the players we have here we like and we need to maximise them first.

“The market changes so much and quickly. People above me are planning for that. But my sole focus is coaching the team.

“I love working with this group. They are hungry and want to achieve. For sure we can stay up. We have come in form a difficult position and there is a long road ahead but I believe in what we are doing.”