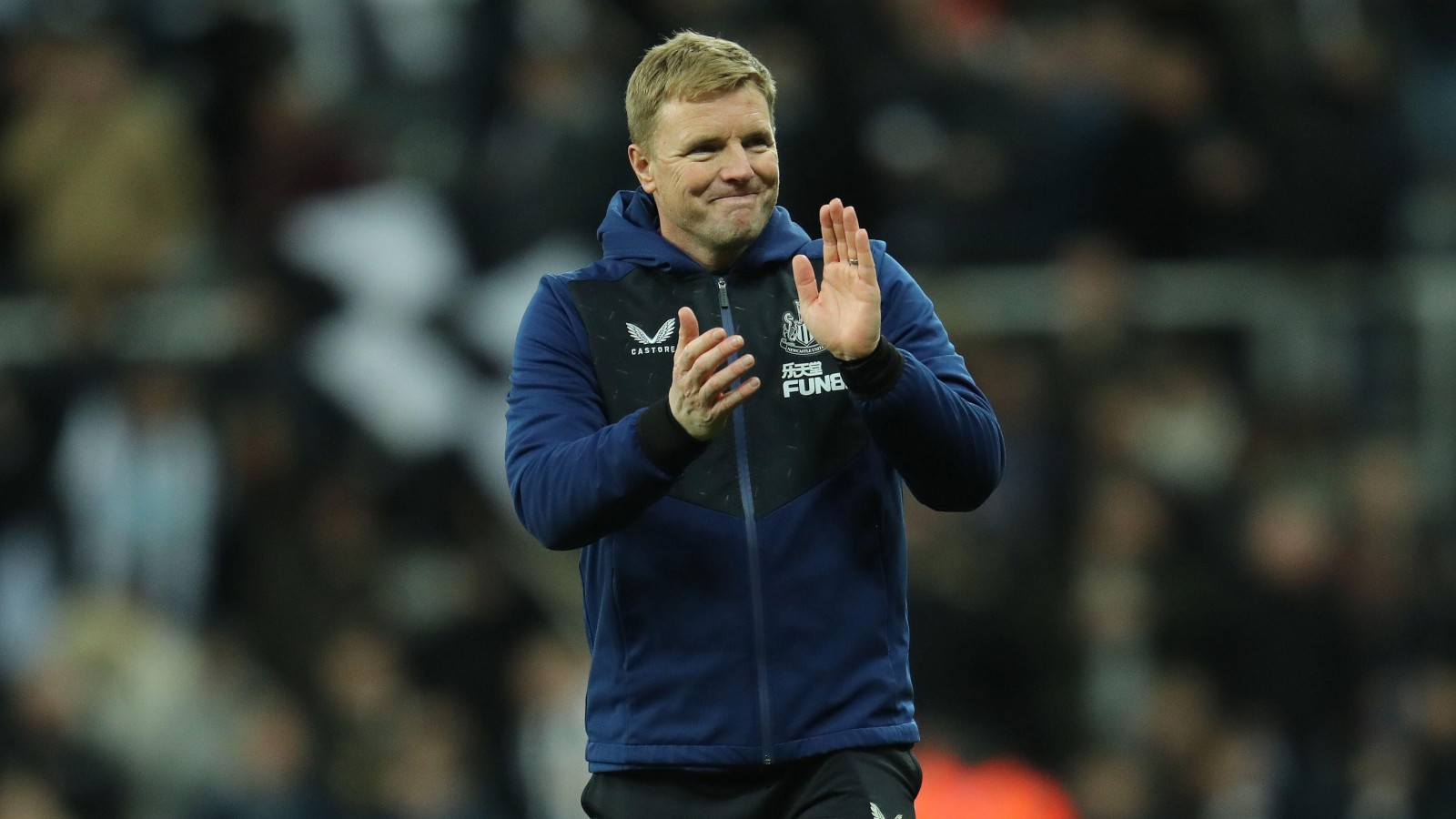 Newcastle boss Eddie Howe has praised midfielder Bruno Guimaraes for his role in their 2-1 win over Leicester on Easter Sunday.

Brazilian Guimaraes scored twice, including a last minute winner, for the Magpies at St James’ Park on Sunday afternoon.

Leicester cornered once again in defeat at Newcastle

Newcastle found themselves behind in the first-half as Ademola Lookman fired home following a well worked corner.

However, Bruno brought them level shortly before half-time, scrambling the ball over the line after Leicester keeper Kasper Schmeichel failed the gather the ball.

The game looked to be heading to a draw before a strong run from Joe Willock in the final minute ended with a cross that Bruno headed home to send St James’ into chaos.

The win all but guarantees Newcastle’s safety in the Premier League and speaking after the game, Howe admitted it was a massive win.

“To score so late in the game is a massive lift for everybody.

“I thought we had the best chances. Leicester were probably in control of the game but we had some really good moments and I thought our defensive resilience in the second half, as Leicester took control of the ball, was excellent.

“We hung in there, made it difficult for them to penetrate us, and got rewarded for that with the counter-attack goal at the end.”

On Bruno, the Newcastle boss added: “Yes, they love him and rightly so after today’s performance. He was magnificent in every discipline of the game.

“I think the biggest compliment I could give him is that on 95 minutes, with tired legs, for sure, for him – he’s getting used to the Premier League – but he’s managed to get himself in the box to score that header.”

Bruno, who joined the club in the January transfer window from French side Lyon, revealed after the game that he wanted to be a legend on Tyneside.

“What a feeling, what a game, the group deserved it.

“To score two goals was brilliant. It was always my dream to play in the Premier League and I’m so happy for today. I want to be a legend here.”