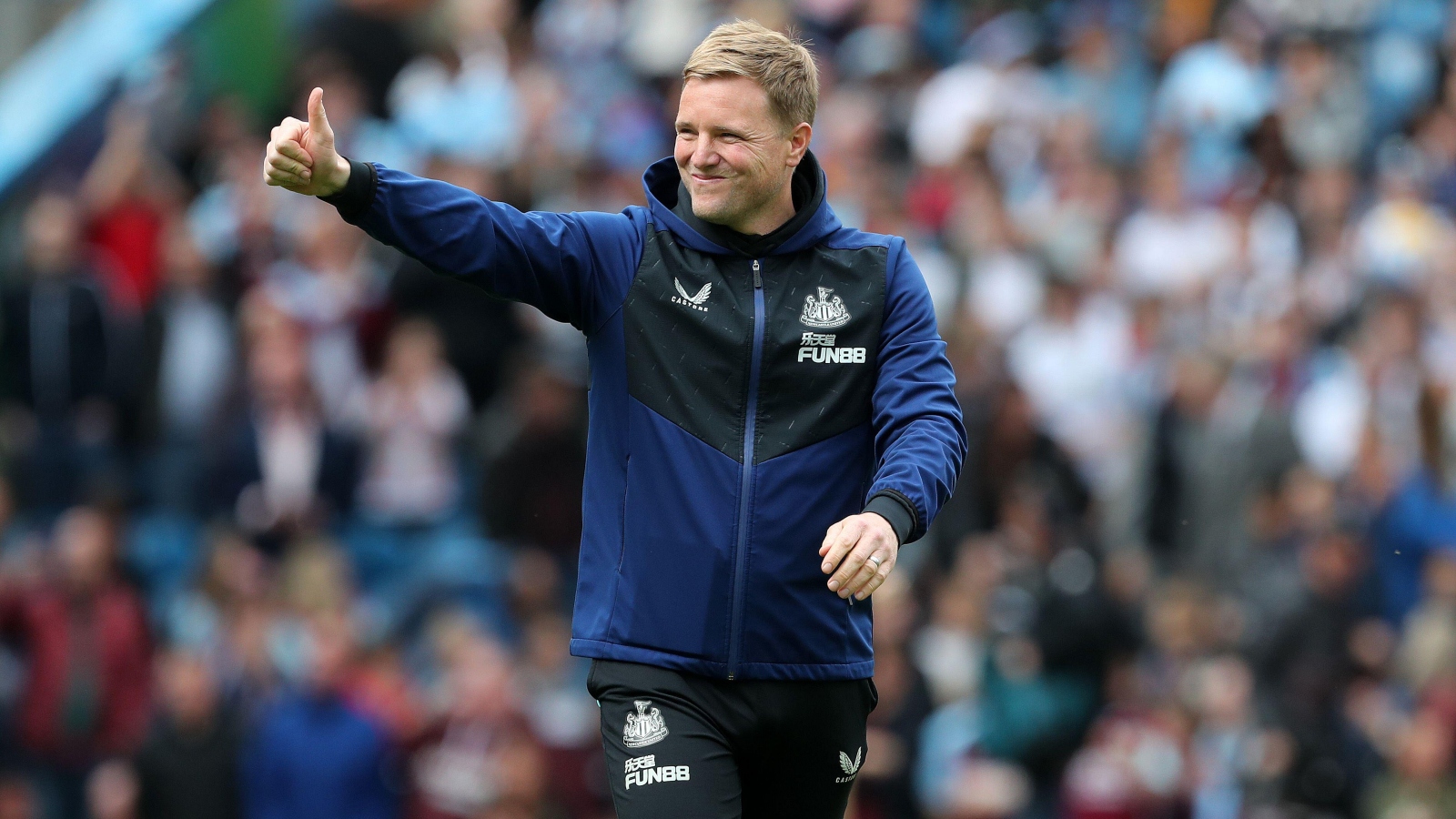 Eddie Howe has confirmed that he is getting straight to work ahead of a busy summer transfer window for Newcastle.

The Magpies finished the campaign with a 2-1 win at Burnley, relegating the Clarets, to lift them to a 11th in the Premier League table with 49 points.

Thirty-eight of those points have come since the turn of the year, aided by the arrivals of Kieran Trippier, Bruno Guimaraes, Dan Burn and Chris Wood in January, and fans are looking forward to further investment this summer given the ambitions of their Saudi Arabian-backed ownership group.

“I was joking to someone that the planning would start on the coach on the way back,” Howe said. “Then I had a rethink, it can wait until Monday, but really it starts straight away.

Although now backed by enormous wealth, financial fair play rules mean Newcastle must manage their budget carefully this summer having spent around £80million in January.

A number of players are expected to depart to accommodate new signings, though Howe said he was yet to have any conversations with those who might be expected to be on their way.

“I’ll be speaking to all the players in different ways, whether that’s a face-to-face meeting or via the phone, and setting out my plans for next year,” he said.

👏 Through all of the highs and lows, you have been with us every step of the way.

Thank you for your incredible support both today and throughout the season.

Howe said there was no decision yet either on whether or not Matt Targett’s loan from Aston Villa might be made permanent – with the player himself having said he is keen to stay.

But the manager was more forthcoming when asked about 24-year-old midfielder Sean Longstaff, the academy graduate who is out of contract this summer and yet to sign new terms with the club despite being offered a four-year deal.

“I anticipate that hopefully we can come to a successful conclusion soon,” Howe said.

Newcastle are already being linked with a host of big-name players, but with Howe planning evolution and not revolution, Callum Wilson’s performance at Turf Moor on Sunday was another reminder of the talent already at the club.

The 30-year-old striker, who also played for Howe at Bournemouth, has been restricted to 18 appearances this term due to injury, returning from four months out with a calf problem to start the last two games of the season.

His brace on Sunday took him to eight goals and he finished as the Magpies’ top scorer despite his lack of playing time.

Howe has already signed Chris Wood from Burnley in January, and will hope that the club can keep Wilson fit next term so they can cross another new striker off their shopping list.

“Callum’s an outstanding striker, and outstanding goalscorer at this level and we’ve missed him greatly this season,” he said. “It can’t be underestimated what a big void that has been to fill.

“I think Wood has done a magnificent job for us but Callum’s return to playing and to get two lots of 90 minutes is an incredible achievement. His two goals on Sunday I’m sure will make his summer feel better.”