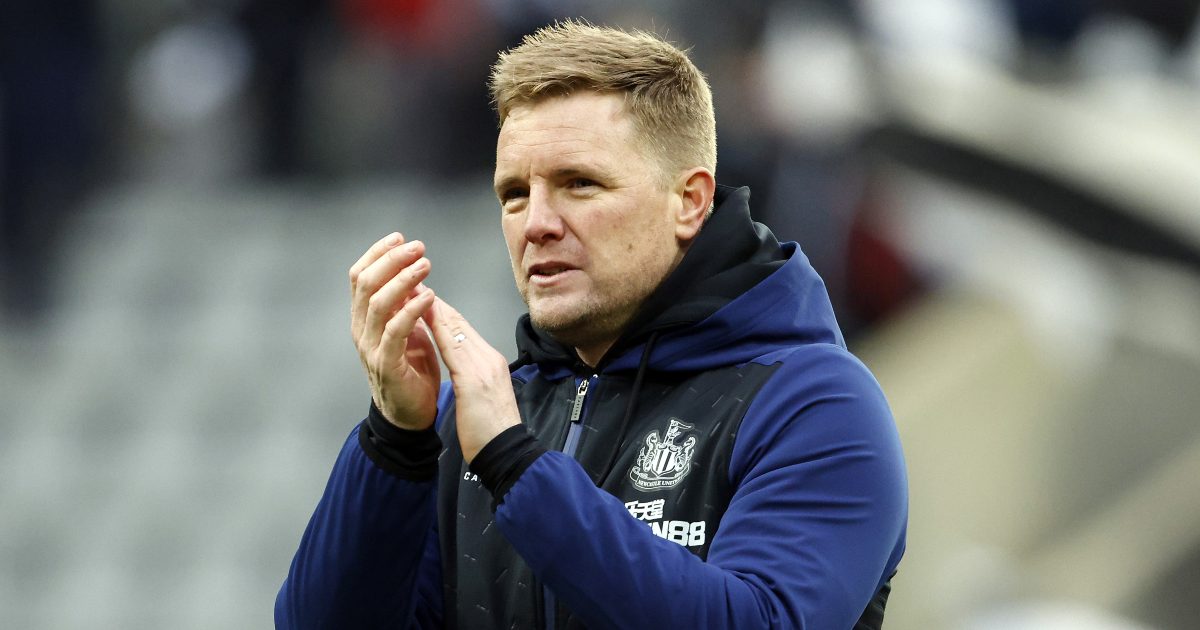 Newcastle United manager Eddie Howe has revealed that Allan Saint-Maximin is “not 100% fit” but “he’s nearly there”.

The Magpies are in great form of late as they have won five of their last six games in the Premier League.

They are now 14th in the table and seven points clear of the relegation zone with twelve games to go.

Saint-Maximin missed their recent games against West Ham and Brentford. He came off the bench over the weekend as Newcastle beat Brighton 2-1.

Howe’s side travel to face Southampton in the league on Thursday. Ralph Hasenhuttl’s side were unbeaten in seven games prior to last weekend.

This run came to an end in crushing fashion as Aston Villa hammered them 4-0 at Villa Park.

Howe has told reporters that they are “very keen” to have Saint-Maximin back to his best:

“Allan [Saint-Maximin] is not 100% fit. He did one day of training, his first in three week, before the previous game,” Howe said (via Chronicle Live).

“We are very keen to have him back and back at his best. When he came on against Brighton he did well and a key moment gave us a lift. We are trying to build up his fitness and he’s nearly there.”

On Southampton: “We are looking for a performance and a result. They’ve done very well at home this season and that’s for a reason. They play an intense game out of possession. They have got some really good patterns of movement in possession so we need to be at our best.”

On sticking with a winning team, Howe added: “I think it’s a very important message.

“I think if players come into the team & think that even if they perform they’ll come straight out again then there’s no reward for that performance. That’s something I wanted to try and create.

“What you don’t want to do is pick the same team because you’ve won the game but tactically have a problem in the next game.

“You have to be careful not to go blindly into the next match. We’ve picked the same team but we’ve adapted in games because the challenges are different.”