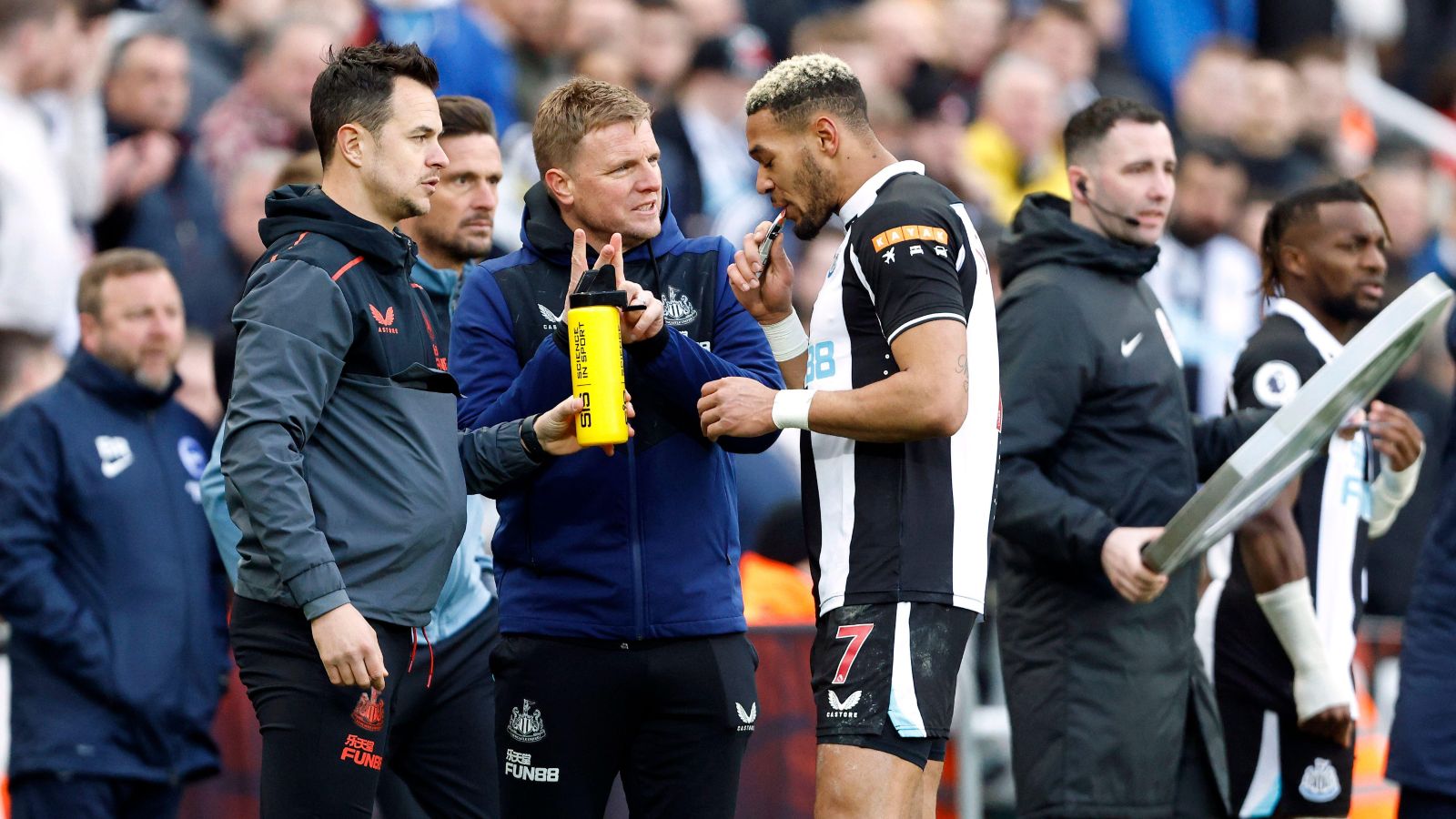 Eddie Howe has revealed that he was taken aback by how talented Newcastle United star Joelinton is when he first became the club’s manager.

The former AFC Bournemouth boss replaced Steve Bruce at Newcastle last November. This was shortly after the club’s Saudi-led takeover was completed.

The Magpies enjoyed a sensational end to the season as they finished 11th after initially looking set to battle relegation.

There’s no doubt that Howe has done a brilliant job and his side have also made a steady start to the new campaign.

One of the best things he has done as the manager is converting Joelinton from a striker into a centre-midfielder.

The £40m ex-Hoffenheim man joined looked set to be a flop as he struggled while being operated as a forward. But as a midfielder, he has been a revelation in recent months.

Howe has now suggested that his “initial impression” of Joelinton was that he is an “outstanding talent”:

“When you see a player do well — and improve dramatically in Joe’s case — it gives you a great source of satisfaction, but the credit lies with him,” Howe told The Athletic.

Howe went on to state: “I remember seeing him in our first training session and thinking, wow, what a player he is.

“I didn’t know too much about what had happened to him here, but that initial impression was of an outstanding talent who also seemed like a really good guy. My opinion hasn’t changed.”

Howe also explained how he has attempted to get the best out of Newcastle winger Allan Saint-Maximin:

“With someone like Allan, what I’ve tried to do is understand how he thinks, what he needs to be the best he can be,” Howe added.

“I work backwards from that point. And that’s where I say being able to control my emotions well helps in those situations, where you’re maybe frustrated.

“You put that to one side and think, ‘What does he need to help him?’ I’ve been able to condition my brain to think that way.”

When Howe was appointed, some suggested that he was a transitional manager before Newcastle appoint someone of Jose Mourinho’s ilk next.

The Magpies boss has admitted that he is driven on by fear as a manager:

“There are not many professions like it. If you’re a musician and write a hit single then that’s you for the next 50-60 years. You can’t live off one game in football. You’re judged game to game.”