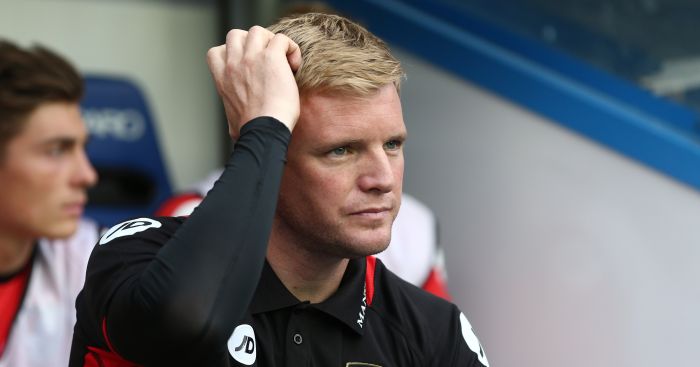 Eddie Howe has discussed “meaningless” links with the Arsenal job, as well as Jack Wilshere.

On Wednesday, Bournemouth manager Howe was linked with replacing Arsene Wenger as Arsenal manager when the Frenchman leaves the Emirates.

Bournemouth wasted no time in rubbishing the reports, and now Howe has spoken out.

“I am loyal. I love the town and I want to continue that association for as long as possible,” he said.

“It’s very hard to predict the future. If you try to then you come unstuck. In football management, you live week to week.

“You turn a blind eye to speculation and anyone that tells me about it I believe it is not meaningful and it doesn’t help me get results for this club.”

Howe secured one of the coups of the transfer window on deadline day in August, signing midfielder Wilshere on a season-long loan from the Gunners.

Wilshere is expected to make his debut against West Brom on Saturday, but Howe says he has already had an impact at the club.

“He has settled in very well with the changing room and dynamics of the group. He’s given the whole club a lift and raised levels in training,” the manager said.

“He’s been very bright in training & his technical ability is of a very high level. We’ll see what my team selection is.”