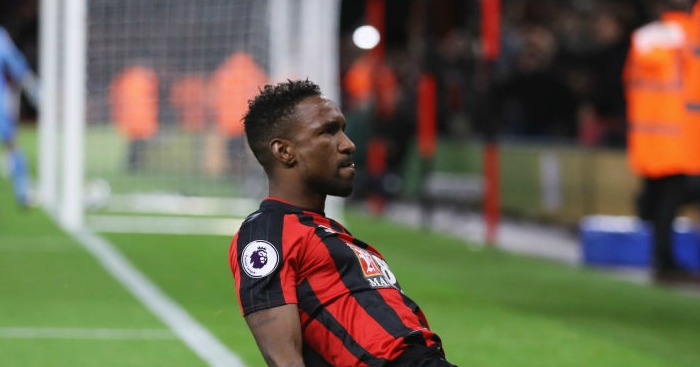 Jermain Defoe still has what it takes to force his way back into England’s World Cup squad, according to Bournemouth manager Eddie Howe.

The 35-year-old, who joined the Cherries in the summer following Sunderland’s relegation, was one of a number of senior men to miss out on Gareth Southgate’s selection for the friendlies with Germany and Brazil.

A youthful England side held their own in goalless draws against both the world champions and the successful South Americans at Wembley.

The likes of 20-year-old forward Tammy Abraham, on loan at Swansea from Chelsea, and Manchester United frontman Marcus Rashford were both given a chance to stake their claim.

But Howe feels Defoe, who has managed just one Premier League goal so far in a season hampered by some fitness issues, retains all the qualities needed to make an impact in Russia.

“You need a mixture of players to go to the World Cup,” Howe said at a press conference, as broadcast on the club’s official website.

“I am not trying to tell Gareth anything, he will make his own decisions, but I think everyone will recognise that you need leaders and experience, and from Jermain’s perspective someone that can change a game, come on late in the game potentially and nick a goal.

“Who better than him? In my opinion…

“Gareth will know that. He will make his decision based on the players he has available and make a best call for England, but I think Jermain will be in his thinking, I have got no doubt about that.”