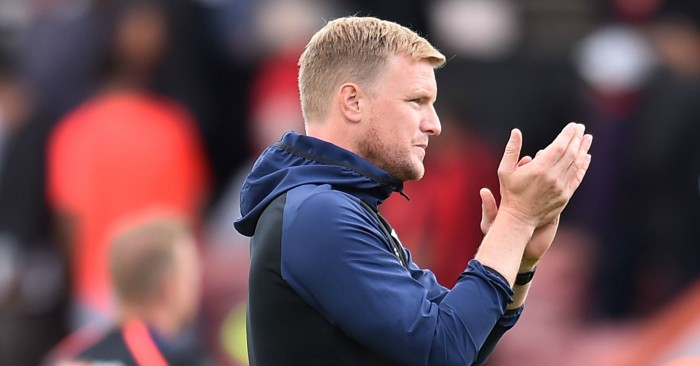 Bournemouth manager Eddie Howe has challenged his depleted squad to use the “bounce” from their win at Chelsea to beat Burnley and continue climbing the Premier League table.

The Cherries ended a run of five straight defeats with a 1-0 victory at Stamford Bridge through Dan Gosling’s late goal, which was awarded following a check by VAR.

Howe, though, knows all of that effort – achieved despite an increasing injury list, with defender Nathan Ake the latest casualty – will count for nothing if not backed by with a result at home against Burnley.

“You could see how much the game meant to us. The players gave everything, we needed a lift and it was a big moment,” the Bournemouth manager said.

“When you win you naturally get a bounce, the players feel better about themselves, and it’s the same for the supporters who will have had a lift.

“It is key now that we push that on and get a good result against Burnley. They are a team that work incredibly hard, are a very effective team and we are going to have to make sure that we are good.

“We will need all the qualities that we showed against Chelsea, to show them again against Burnley.”

Howe was in charge at Turf Moor for a short spell from January 2011 to October 2012 before switching back to Bournemouth, going on to guide the south coast club up into the Premier League for the first time.

The former Clarets boss is fully aware of what test awaits.

“Burnley never give anybody an easy game,” Howe said. “Sean Dyche has done a great job there.”

Victory at Chelsea came at a cost, with forward Joshua King forced off during the second half by a twisted ankle while midfielder Andrew Surman has picked up a calf problem.

Forward Arnaut Groeneveld looks set for an extended spell out after tests revealed a stress fracture in his foot, which will see the Dutchman join the long list of absentees.

Howe, though, maintains he and the rest of the group just have to get on with it heading into the hectic festive schedule.

“We are pretty much as we were. We are stretched at the moment, that has been well documented,” Howe said at a press conference.

“We are still hopeful that a lot of the players with the longer-term injuries are making good progress – but they are not going to be ready short term.”

Howe added: “I have said before going into (transfer) windows we probably wouldn’t be looking to do anything and then in a couple of weeks it can change very quickly.

“A lot will depend on how our injuries go between now and then (January). It is difficult to make a call now.

“There is too much unknown for us, so let’s see what happens.”