Home Bournemouth News Howe will not contemplate a Plan B 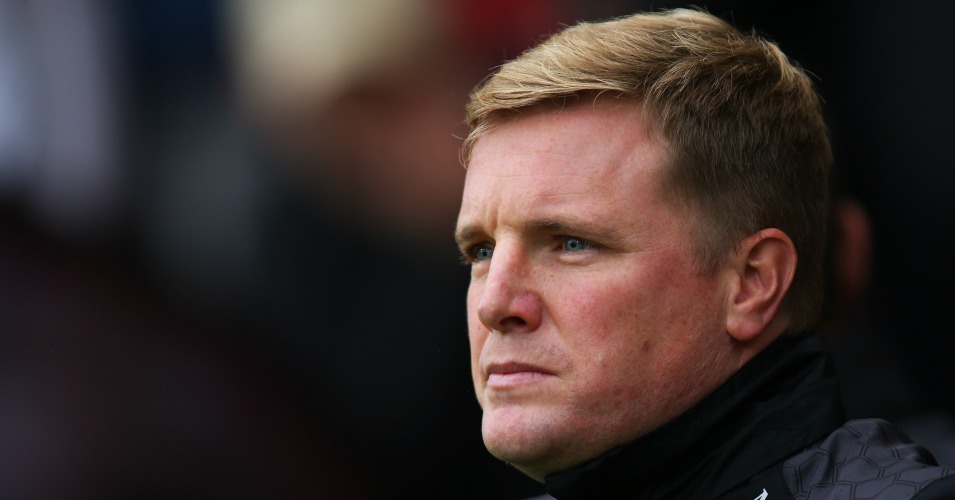 Eddie Howe will not abandon his possession principles as Bournemouth’s quest for Premier League survival intensifies.

Manager Howe has vowed the Cherries will stay true to their long-held ambitions of top-flight security through a quality approach, despite slipping into the relegation zone.

Bournemouth lost out 1-0 at home to Newcastle on Saturday despite dominating territory, possession and chances, but Howe insists his side can still step away from trouble.

The Cherries must face Everton, Chelsea, Manchester United and Arsenal before the turn of the year, but Howe remains confident Bournemouth will continue to grow into their Premier League campaign.

“If you can find me a way that’s different to dominating the ball and dominating chances that guarantees you winning games I’d be surprised to hear it,” said Howe.

“I’ve made it very clear since day one of pre-season: we’re not going to change our style of football for anybody.

“I still believe our style can and will be effective at this level, we just have to keep going.”

Howe had hoped Bournemouth could head into the international break with a confidence-boosting third league win of the campaign on Saturday.

Instead Newcastle produced a smash-and-grab raid, Ayoze Perez poking home his side’s only shot on target with goalkeeper Rob Elliot producing a string of fine saves to deny the hosts.

Former Magpies defender Sylvain Distin sat stunned on the pitch at the final whistle as the size of Bournemouth’s top-flight task hit home.

Josh King failed to make the most of several promising openings, leaving Howe still backing the Norway forward to come good in front of goal.

“I was really pleased with the performance bar the last 15 minutes where we panicked and made some bad decisions on the ball.

“But we dominated possession and chances, they only got in our box twice in the whole game and of course they’ve scored from one of those.

“Sometimes football does play tricks on you where you can be so dominant and still lose the game.

“The challenge for us is to come out of this spell, and when we do we’ll be a lot stronger for it.

“One or two of them I felt we could have done better with, but the keeper had a very good day.

“The pleasing thing is that we did create chances, and we haven’t always been like that this season.

“We have to keep getting in the right places.

“I thought Josh King had his best game in a Bournemouth shirt despite not scoring, I thought he was excellent.

“He’s getting chances now. Before that he’d played effectively but not really tested goalkeepers or got in positions to score.

“So I think he’s moving in the right direction.”