Home All The News Huddersfield boss: British players are too expensive 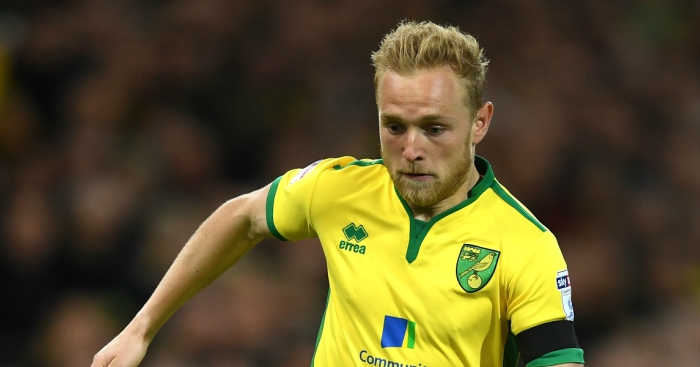 David Wagner expects to be priced out of a move for Norwich midfielder Alex Pritchard.

The Huddersfield boss confirmed his interest in the 24-year-old but is anticipating having to look elsewhere for a new attacking recruit.

Wagner said: “What I can confirm is that, if we have to bring in a further player, then it has to be an offensive player. If we will do it, nobody knows.

“Pritchard is not my player, he is a Norwich player. I like him, yes. Do I think he will play for us? I have my doubts because I know how expensive British players are, especially in this window. I think this is not realistic for us.”

Huddersfield have already acted in the transfer window and defender Terence Kongolo is set to make his debut in Saturday’s FA Cup third-round clash at Bolton.

The 23-year-old has joined on loan from Monaco until the end of the season and Wagner confirmed he will be in the squad.

“If he starts, I haven’t made the final decision,” said the Terriers boss. “After training we will decide. He had a winter break but he is fully fit and he looked good in the first two training sessions.

“We should not have over expectations after two days but he’s a very open-minded character. This is why he swapped from Monaco – I’ve never been to Monaco but I think it isn’t one of the worst places in the world – and he came over to Huddersfield. I’m very happy that we have him in our group.”

Wagner will make changes to his side, including resting first-choice keeper Jonas Lossl and giving Joel Coleman a run-out.

Defender Chris Lowe is absent with a foot problem but Philip Billing could return after nearly three months on the sidelines with an ankle problem while Jon Gorenc Stankovic is back in training after a serious knee injury.

One player desperate for a run-out is defender Michael Hefele, one of the heroes of last season, who has played only three games this campaign because of an Achilles problem.

“I’m very hungry because nobody wants to stay out of his job so long,” said the German.

“We were promoted last season and you want to be part of it. When you watch the games in the stands or on TV, it’s hard to take. But I’m very happy that I’m healthy again.”

Wagner insisted his team will be different but not weaker, saying: “We rotated in the Premier League so why should we not rotate now in the next competition, because we rate this competition.

“I love the FA Cup and we are involved against a great opponent, tough opponent, a very physical opponent.”

Huddersfield reached the fifth round of the FA Cup last season and held Manchester City to a goalless draw at home before losing the replay 5-1.

Asked if it was realistic to think Huddersfield could win the FA Cup, Wagner said with a smile: “No it isn’t.

“In football the unrealistic things happen and become possible. We enjoyed last season to be involved in this competition for a longer period and this is what we are working on.”