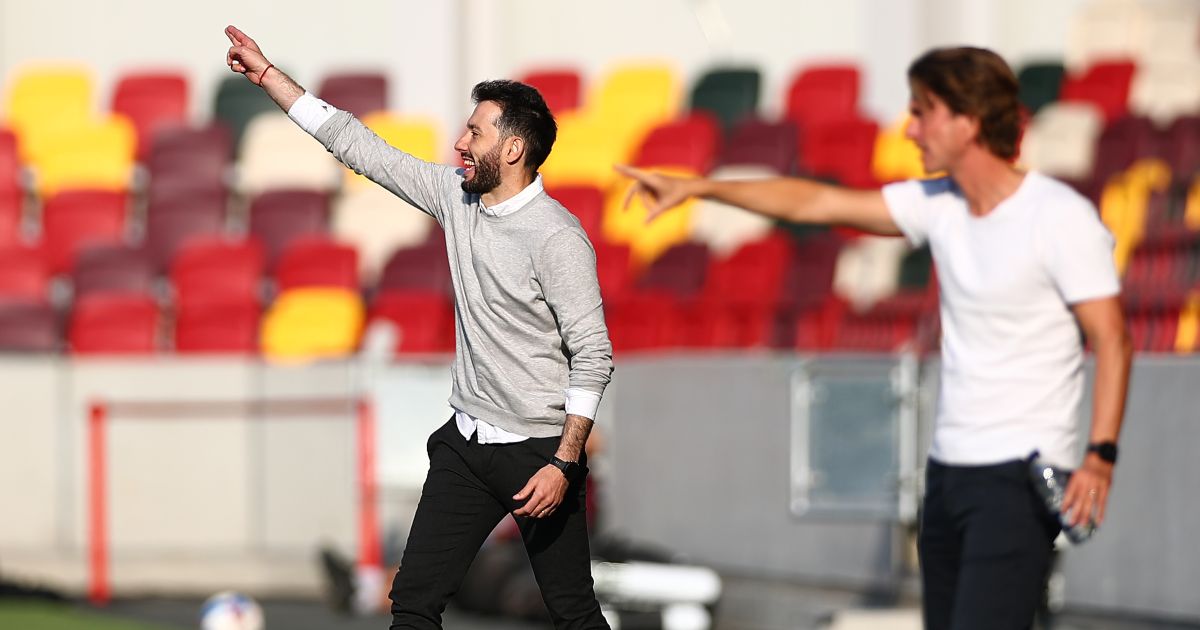 This week marks the one-year anniversary of Huddersfield Town’s launch of a B Team set-up; a controversial decision for sure, but it is already bearing fruit in West Yorkshire.

Ridding the club of its loss-making Elite Development Team, effectively the top tier of their youth academy set-up, was a move which understandably riled much of the fanbase, who saw it as another step away from their traditional club identity.

Replacing the EDT with a B Team set-up is a concept rarely seen in English football, and much derided from these shores when Real Madrid and Barcelona have such teams playing in the respective lower leagues of their countries.

But a year after its creation, there are already plenty of reasons to be positive, and for all the wrongdoings and mistakes made by the current chairman – and successor to the far more popular Dean Hoyle – this may be the one area where the West Yorkshire outfit have not only got it right, but found themselves ahead of the curve.

Brentford, themselves pioneers in many areas of football operations, from their hugely successful overturn of buy low and sell high transfer policy to readily accepting steady growth on their winding way to the top flight, were unique in English professional football for choosing a B Team set-up below the first-team operations instead of a youth academy.

Launched officially in 2016 with a target to promote one player from the B Team set-up to the senior side by the end of the 2016/17 campaign, that target was hit when left-back Tom Field signed a professional contract midway through the season and the progress has never relented.

For Huddersfield, there has been far less time for tangible success, but the future looks promising. Mark Devlin, the man who helped oversee Brentford’s transition from a typical academy side to their current set-up below the first team, is one of the most important men behind the operations in West Yorkshire in his role as CEO, which he has held permanently since May 2020.

If Huddersfield have a penchant for making some disastrous signings on the pitch, the signature of Devlin, who started in the role temporarily for four months before getting the long-term gig, is very much in the opposite camp. Any mistakes made in the early format of Brentford’s side are less likely to be repeated at Huddersfield.

Brentford have been, under the stewardship of owner Matthew Benham, one of the EFL’s most forward-thinking clubs. It is fair to say that Huddersfield largely have more traditional tastes, which is in no way a slight on either of these clubs.

With youth academies, the overwhelming majority of players and graduates to make it into the first team are local lads. Take England clamour star and Aston Villa captain Jack Grealish, a Villain from birth who rose through the ranks to become the hero for the team he grew up supporting.

To fans, that does matter. While football at all professional levels largely sways away from the everyman football supporter, having that connection, that living embodiment of their own dreams out on the pitch, does mean more.

As with Brentford, whose current B team set-up includes an overwhelming number of players from the British Isles but relatively few from London or even the south east of England, Huddersfield no longer have the same opportunities for local players to represent the Terriers in the stands as one of their own.

For a club with a good history of producing local talents and promoting them to the first team, that has created understandable tension between supporters and the Huddersfield hierarchy, accentuated by other issues, as the relationship between fans and board continues to widen.

But there are still plenty of positives to be taken. Last week’s signing of midfielder Jon Russell from Chelsea represented a fantastic shift in course for the B Team set-up in England, with the midfielder having played 25 times for Accrington Stanley in League One last term during a productive loan spell. To transfer to a B Team one division above may feel like a backwards step on a personal level, but Russell could be part of an exciting next step, not just for Huddersfield, but for EFL and Premier League teams up and down the country. Adding somewhat experienced players to the B Team ranks could become the rule rather than the exception.

Brentford have seen Marcus Forss, Jaako Oksanen, Fin Stevens, Mads Roerslev and even Chris Mepham progress from that B Team set-up to somewhere between the vicinity of the first team and as a key player. Not only will Huddersfield be looking to emulate that – in some ways they have with a number of youngsters already getting minutes, though without the individual impacts that Brentford have tasted – but other teams could follow suit.

Huddersfield Town may be the latest team to pioneer and champion this new way of promoting youngsters to the first team, but the early signs of success show they are unlikely to be the last. B Teams have every chance of being the next Plan A.