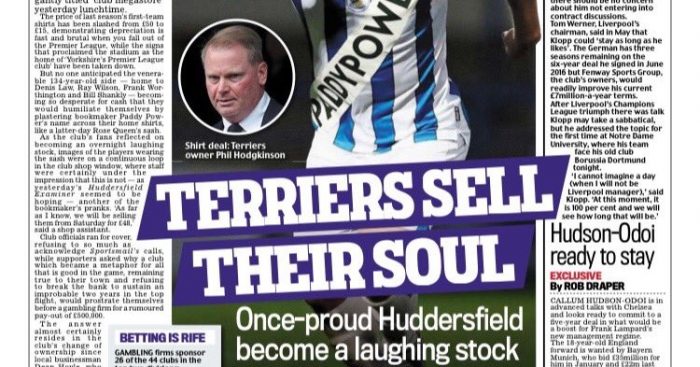 The Terriers were widely-criticised for a sash-style shirt which bore the logo of a controversial bookmaker when they unveiled it as their new home shirt in the middle of July.

They wore the shirt in a friendly against Rochdale on July 17, with the logo appearing to exceed the Football Association’s guidelines of 250 square centimetres.

Town and the bookmaker later admitted to the stunt before bringing out a new, sponsor-free kit for the current season.

“Huddersfield Town FC has been charged with misconduct in relation to The FA’s Kit and Advertising Regulations,” a statement read.

“It is alleged that playing kit worn by its first team during a pre-season friendly against Rochdale AFC on 17 July 2019 was in breach of FA Regulation C.2(i). The club has until 16 August 2019 to provide a response.”