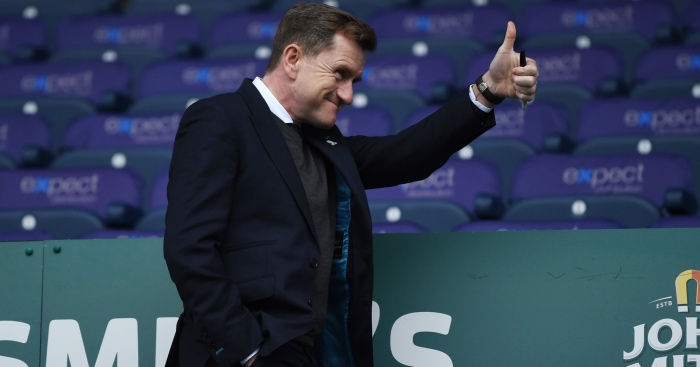 Huddersfield chairman Dean Hoyle has confirmed he is recovering after a lengthy battle with pancreatitis.

Hoyle has spent 15 weeks in hospital suffering from the disease having originally being diagnosed with gallstones in October.

Hoyle said it is his intention to attend this weekend’s home Premier League game against Arsenal.

Hoyle said in a club statement: “We’ve tried to keep my condition out of the spotlight, but understandably it has become increasingly difficult to do so and I wanted to quash the rumours about my long-term health once and for all.

“I’m not out of the woods just yet, but I would like to take this opportunity to thank the medical teams at St James’s University Hospital in Leeds and Huddersfield Royal Infirmary for the outstanding care I have received.

“I’d also like to thank our wonderful supporters for the many cards and messages I’ve received; it’s been totally overwhelming.”