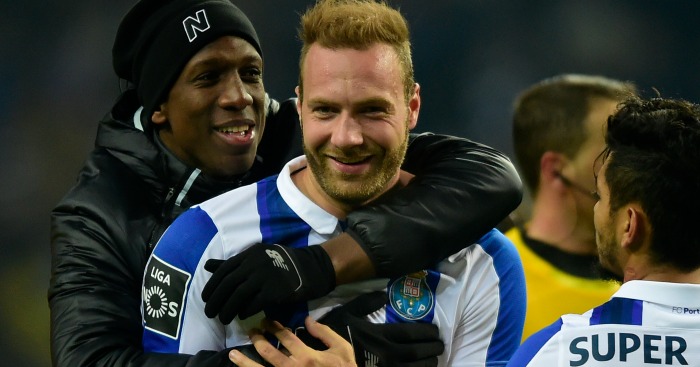 Huddersfield have announced the signing of Belgium striker Laurent Depoitre from Porto for a club-record fee.

The newly-promoted side made their first signing since clinching promotion to the Premier League, with the 28-year-old joining for an undisclosed fee.

Depoitre, a Belgium international, is recognised as a physically-imposing striker and has signed a two-year deal to join the Terriers after making just 10 appearances since joining Porto at the start of last season.

Head coach David Wagner told the club’s official website: “He is a proper striker; one who has played for a very good Belgium side, featured in elite European competition and who has won domestic titles.

“It is great news that we have had the opportunity to sign a player of his quality and now we will focus on getting him back to the top form he showed only a season ago.

“He scores goals and is a real worker too, so he will fit the ‘Terriers Identity’ very well. His attitude on the pitch is exactly what we need, plus he is a very good character off the field too.”